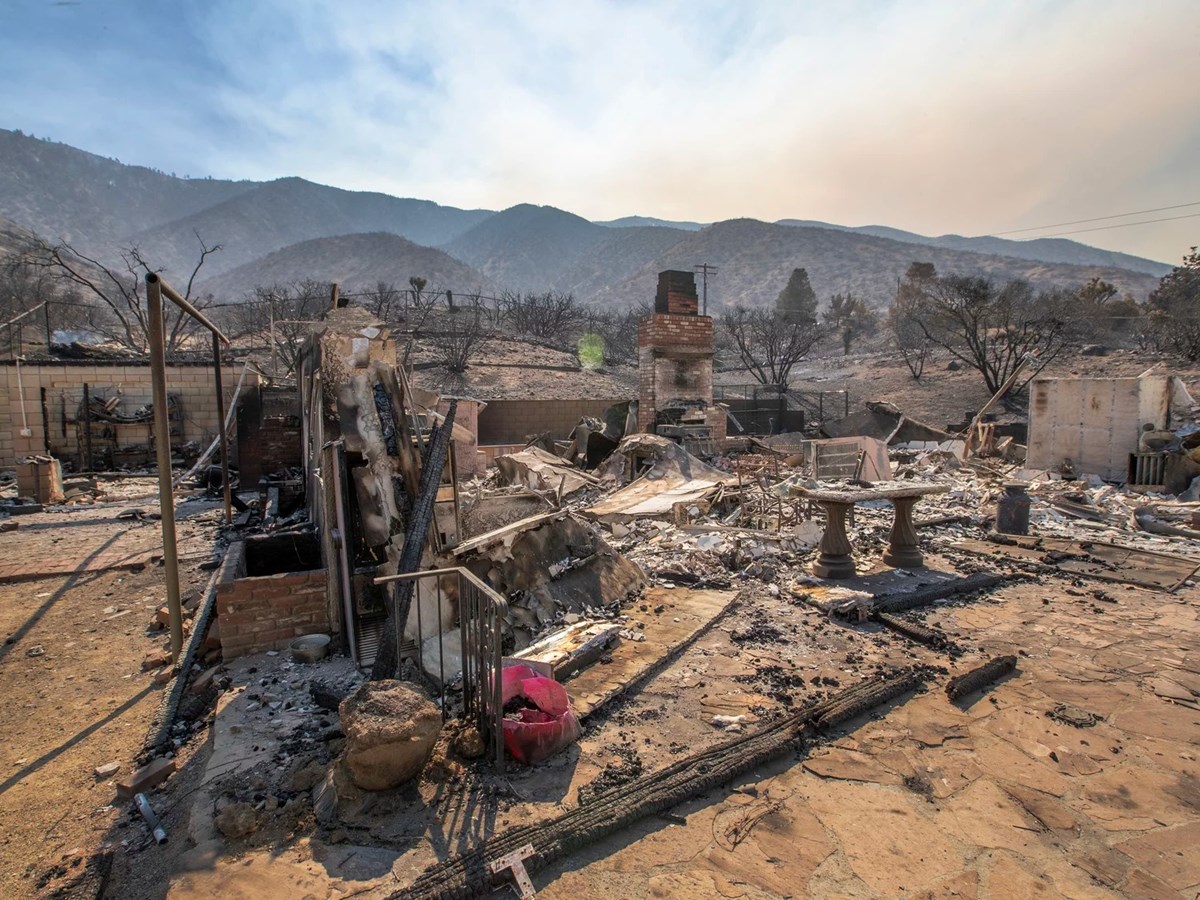 California's 2020 wildfires set a record: the most acres burned in a single year. Thousands of people lost their homes, and the smoke from the fires up and down the West Coast stretched all the way to the Atlantic Ocean.

But another record was set that hardly anyone talked about: The disaster declared for the wildfires in the fall had the lowest eligibility rate for FEMA aid of any U.S. wildfire disaster on record. Just 5% of those who applied to the Federal Emergency Management Agency for help received any financial assistance, according to an NPR analysis.

FEMA payouts weren't quite as low after the wildfires that blazed during the summer, but they were still lower than average: 17% received aid for those fires.

When we first saw those figures, it looked like lots and lots of disaster survivors were being denied financial help by FEMA. And that may be the case.

But there's a twist:

In San Bernardino County, for example, nine homes burned, according to the county's damage inspection report. But there were nearly 650 applications from people who indicated their homes were damaged.

In San Mateo County, there were 1,486 housing assistance applications for 18 burned homes. That's 83 people asking for help for each home that burned.

Across the state, on average, for every home that was burned, nearly four households claimed their primary residence was damaged.

NPR and the California Newsroom collaboration worked to figure out what happened — and no one seems to know or be willing to tell us. One possibility: that California was a target for widespread fraud.

"There are people that are prone to take advantage of the system," says Steven Jensen, a professor at California State University Long Beach's emergency services administration program. "Some very intentionally and maliciously, others that are just being stupid at the time and caught up in the moment and everybody else is doing it. 'Hey, they're passing out free checks — let's get some.' "

More on that later.

Let's start with how the FEMA system is supposed to work.

When someone's primary residence is damaged during a federally declared disaster, FEMA will reimburse that household up to $72,000. That money can go toward things such as clothing, food and temporary rent payments while they're displaced. Property owners can use the money to repair or replace their homes, though people with insurance have to meet certain criteria to be eligible. 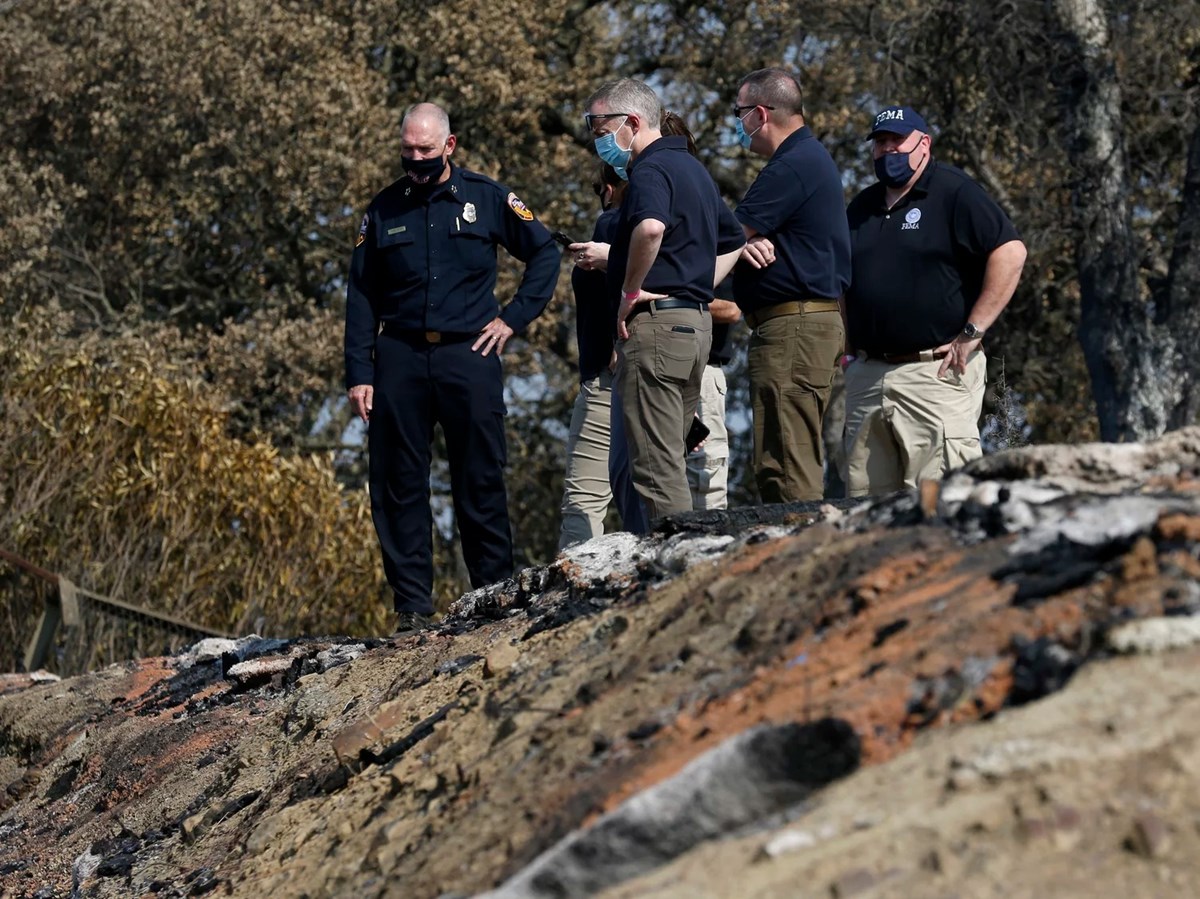 We wanted to know: Was the record-low approval rate the result of massive fraud, or does it mean people whom the fires harmed didn't get help from FEMA?

Robert Barker, the FEMA spokesman for California and the region, wouldn't comment on the record for this story. He referred us to the headquarters in Washington, which didn't respond to follow-up questions either.

So we turned to county officials in California. They don't manage FEMA's program, but they work with the agency to help victims in their counties. We heard from officials in six counties that burned. They all could explain part of the mystery, but none of them could quite crack it. Here are some of their explanations for why people would apply even when a structure wasn't burned:

So what does it mean that there was an impossibly high number of people who said their homes were damaged or destroyed?

Clues in the north and south

What happened in Oregon last fall might offer a clue.

At the same time California's fires were burning, Oregon also saw record-setting destruction. Four-thousand homes, mostly in the southern part of the state, burned. But as in California, there were far more FEMA applications than that. About 21,000 people across Oregon said their homes were damaged.

Jefferson Public Radio obtained internal FEMA talking points that said nearly half the applications — 9,000 of them — were suspected of being fraudulently submitted.

Despite repeated requests, FEMA would not provide a similar count of suspected fraud for California's wildfires. Without it, there's no way to know for sure if what happened in Oregon also happened in California.

Looking at FEMA's data, though, we found suspicious examples. The El Dorado Fire last September burned within San Bernardino County in Southern California, though it was nowhere near the city of San Bernardino itself. But the largest number of people who filed claims with FEMA came from a ZIP code — inside the city — where there was no fire. Dozens of people there said their homes were either damaged or inaccessible. There was never a mandatory evacuation there. None of those people got aid. 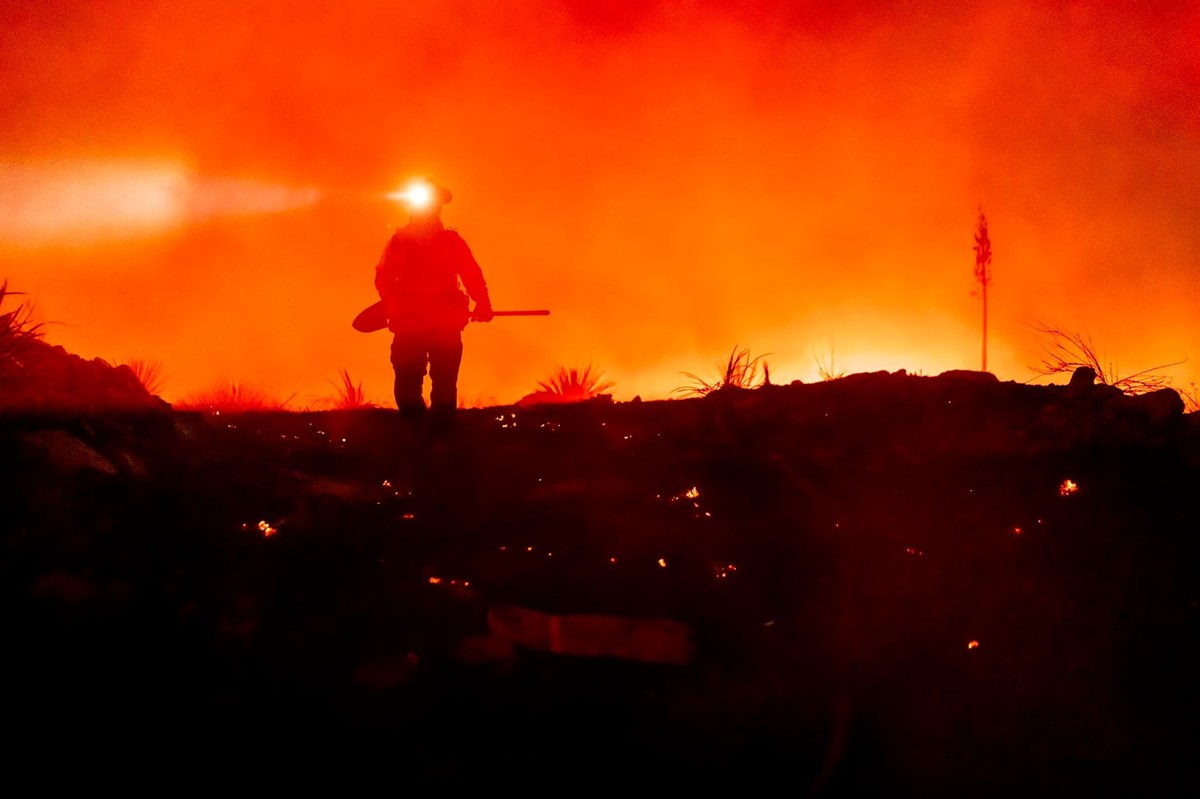 A firefighter works to protect homes in Mountain Home Village, Calif., from the El Dorado Fire, inside the San Bernardino National Forest, on Sept. 10, 2020.Kyle Grillot for The Washington Post via Getty Images

Four people in the desert city of Victorville, 25 miles to the north, did get aid. They received a total of $28,308.73, according to FEMA's data. The city, which is also in San Bernardino County, has no record of wildfires there during the disaster declaration, said city spokeswoman Sue Jones. The closest was more than 30 miles away and on the other side of the mountains.

FEMA says it does not discuss the details of individual cases. A spokesperson said FEMA was able to verify that people in Victorville were eligible for aid but did not explain how that would be possible given that no fire was in the area.

In San Bernardino County, there were, the FEMA spokesperson said, 64 applications that had the "characteristics or indications" of fraud. None of those applications were granted.

Nationwide, over 130,000 disaster applications were flagged as fraudulent during the past year and a half, according to a letter that the House Transportation and Infrastructure Committee sent to FEMA in May questioning the way the agency runs the aid program.

"Unfortunately, some people are going to have to jump through more hoops to prove they're not committing fraud," says Jason Zirkle, training director at the Association of Certified Fraud Examiners.

An NPR investigation found that this is what happened in Oregon. Some of the very safeguards that FEMA put in place to keep out wrongdoers ended up stopping real victims from getting help.

"It's a fine line between not ticking people off that deserve money," Zirkle says, "and still preventing fraud."