Understanding How A California Bill Dies Without Public Debate 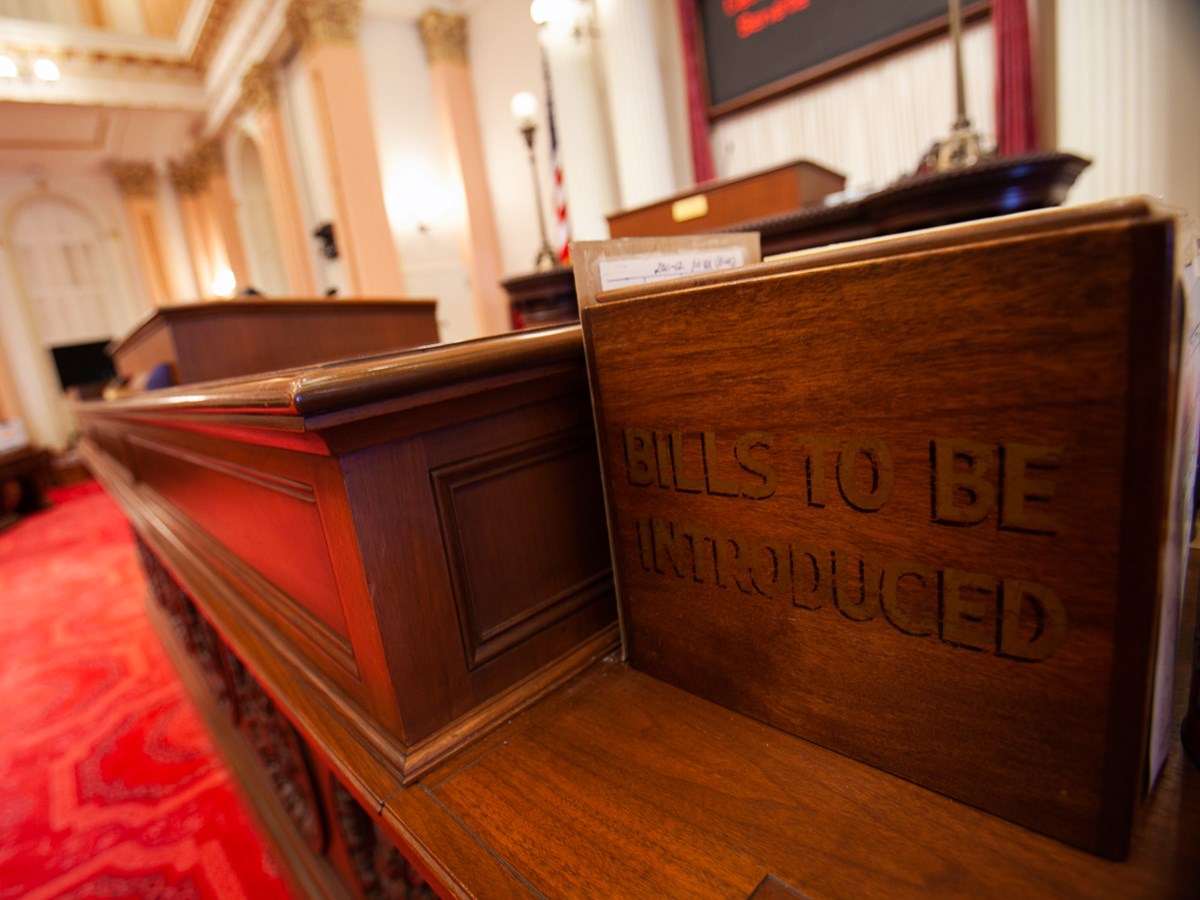 On Thursday, scores of bills in the California Legislature were killed without public debate.

It's part of a twice-yearly procedure known as the suspense file hearing. The process releases hundreds of bills to the Senate and Assembly floors, where they can go up for debate before the entire chamber of lawmakers.

But for other bills, the suspense hearing provides a quiet, anticlimactic end that often leaves the bill authors and the groups who care about the legislation fuming – and scratching their heads.

The practice has been around for decades, but the decision-making process for which bills the committee advances to the floor and which bills it holds back is still done in private.

Here's a look at how the suspense process works, and what it means for how California bills become laws (or don't).

Thousands of bills are introduced in the Legislature each year. Already this year, 2,421 have been introduced.

The bills then go to policy committees, which focus on specialized issues such as business, energy and health.

Later in the year, bills that are passed out of the house in which they are introduced go through the appropriations committee in the other chamber, too.

Hundreds of bills pile up — suspended in the legislative process — until the suspense file hearing, when the appropriations committees decide all at one time which bills get to move on for debate.

At the suspense hearing, the appropriations chair reads through the list of legislation auctioneer-style and announces which bills will live to see another day (The decision making process is secretive, but more on that below).

Here's what could happen to each bill:

Appropriations committees can also amend bills before moving them to the floor.

In deciding which bills to fund for the year, the appropriations committees also have a similar but separate task from the Legislature’s budget committees, which decide how much money to attach to an item.

Why do it this way?

Traditionally, the first suspense hearings of a legislative session happen in May, when lawmakers and their staff have a better idea of the budget picture for that year.

“The suspense file was developed as a mechanism for stopping bills, pushing the pause button, and giving legislators a way to consider all the bills that are going to put significant pressure on the budget,” said University of Redlands political science professor Renee Van Vechten.

Pausing all the bills in the chamber at the same time allows lawmakers and legislative leaders to consider the picture holistically in order to weigh priorities, she said.

The process also serves as “a gatekeeping mechanism,” Van Vechten said. “If legislators got their way all the time, there would be too many bills that overspent the budget.”

Mike Gatto, a former lawmaker who served as chair of the Assembly Appropriations Committee for several years beginning in 2012, puts it another way.

“It is a cost-benefit analysis,” he said. “You really are determining: does this bill do something good and important and worthy? And it is subjective” to legislative and committee leaders.

Gatto said the procedure serves another purpose: quality control. “California is a bill factory ... and the Appropriations Committee is a giant filter.”

What happens behind closed doors 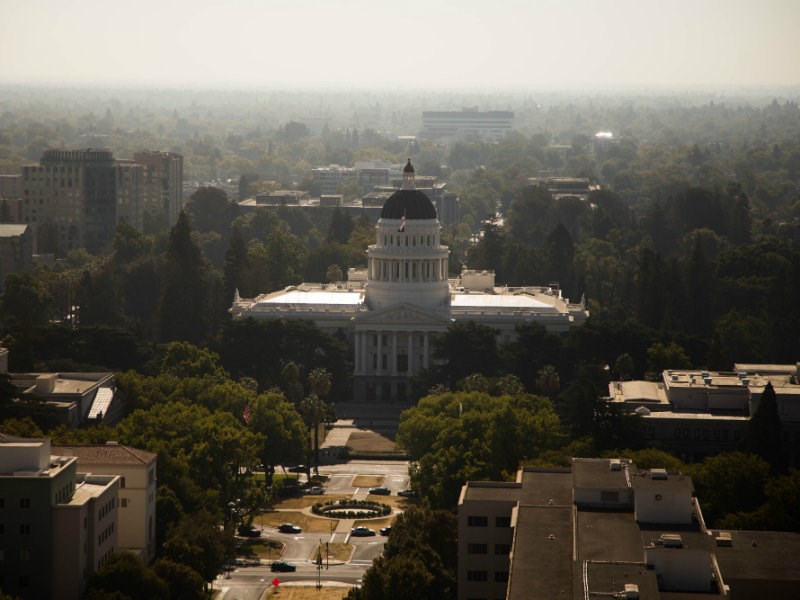 Behind closed doors, Gatto says the appropriations chair — and, to some extent, the top leaders in each legislative chamber — have final say on which bills pass and which ones are held.

“It is indeed a great power,” he said. “You are determining single-handedly, more or less, whether [hundreds of] bills will proceed or whether they will stop in their tracks.”

Decades ago, as part of her dissertation research, Van Vachten sat in on a meeting where top lawmakers decided which bills to pass off the suspense file.

The meeting took nearly a full day. It was long enough that lunch was brought in.

Van Vechten said the decision makers in the room at the time were the legislative chamber’s appropriations committee chair, vice chair, and the majority and minority leaders.

“They would have a short discussion about [each bill] on the merits” before deciding, she said. But questions that guided decisions were largely: “‘What can we afford? Who gets rewards? What's the right thing to do?’”

Van Vechten notes the decision making process and who’s involved in it has likely changed over the years and as legislative leaders and appropriations chairpeople turn over. But the secrecy — and likely the questions driving each decision — remain.

Why is this done privately?

If a bill someone really cares about fails in a policy committee, they know who to complain to: the lawmakers who voted against it. But when a bill fails to pass out of the suspense hearing, it’s less clear who to blame, especially for those who aren’t well-versed on the legislative process.

Lorena Gonzalez (D-San Diego), who chairs the Assembly Appropriations Committee, noted that “everybody's vote is public. It is in the record” via the A or B roll call vote tally. And just like other committee chairs, she said the appropriations committee chair can decide not to hear a bill, effectively killing it.

Gonzalez argues recording votes in private makes the process more efficient. “With hundreds of bills, that would take us hours to get through every bill if we had to do a roll call vote because we have 19 members of our committee,” she said. “What we do is have people tell us their vote beforehand.”

Gatto, who used to hold Gonzalez’ post, notes the appropriations committees are still subject to all rules of the Legislature, and that the pre-tallying of votes is legal.

Still, the private decision-making makes rank-and-file lawmakers and members of the public alike wonder why a certain bill may have been killed. Was it too expensive? Was there something wrong with the proposal? Did the Appropriations chair have a vendetta?

He speculates one reason suspense file decisions are made outside the view of a public hearing could be that they require very frank conversations — the kind political observers may not be accustomed to seeing in the Legislature, which is generally collegial.

“You would have the staff, who are subject matter experts, tearing apart [members’] bills and saying ‘this is really a bad idea,” he said. “I think it would strike people as a little bit disrespectful if certain bills were torn apart publicly.”

But love it or hate it, the suspense hearing is engrained in California’s legislative process. Leaders argue it works for a body that churns out so many bills, which often overlap.

And the journey doesn’t stop after one suspense file hearing. Bills that eventually go on to become law have to go through the entire process again in the opposite house.