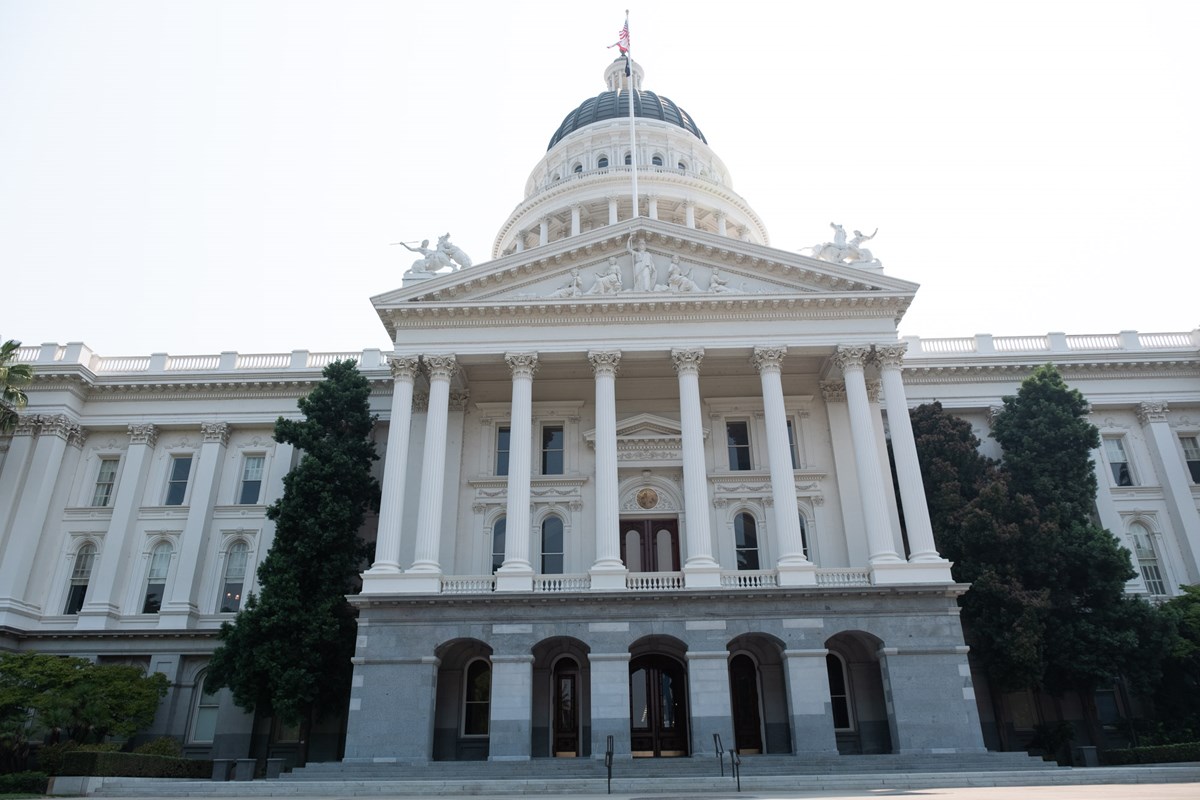 Millions of low-income and undocumented Californians will get $600 relief payments after Gov. Gavin Newsom signed a sweeping stimulus package to aid those hit hardest by the pandemic, including small businesses.

The governor approved the plan at Solomon’s Deli in downtown Sacramento Tuesday morning, where he dodged several questions on plans to reopen schools for in-person learning as negotiations resumed.

Newsom praised the $7.6 billion plan as a way to help businesses and individuals that did not benefit from federal stimulus packages.

“Regardless of your [immigration] status, those that have been left behind in that federal stimulus, California’s not going to leave you behind,” Newsom said of undocumented workers. “I don’t know many other states — any other state — that does what this state is doing.”

It includes enough money to send an estimated 5.7 million low-income, disabled and undocumented Californians a $600 rebate when they file their 2020 taxes.

“This is such an important bill, because it gets millions of hardworking Californians instant money that they so desperately need during this tough time,” said Assembly Budget Chairman Phil Ting (D–San Francisco).

Low-income taxpayers who are also undocumented will receive a total of $1,200.

The aid package includes more than $2 billion in grants to help small businesses as well as fee waivers for those hit hardest by pandemic closures: bars, restaurants, barbers and cosmetologists.

Newsom’s signature provides $35 million for food and diaper banks and $400 million in subsidies for childcare providers.

It also reverses cuts made last summer to public universities and state courts when the state experienced a record-breaking budget deficit.

One piece of the package, a $2 billion proposal to allow businesses to deduct purchases made with federal Paycheck Protection Program (PPP) loans, was held back for changes and lawmakers hinted it may include more relief than originally planned.

“Our goal is really to get as much out there as we can to support businesses,” Senate pro Tem Toni Atkins (D–San Diego) said when asked about the bill that did not come up for a vote. “It’s going to be done.”

Lawmakers expect a significant tax windfall this year and are not ruling out passing another stimulus package in the future. Sen. Nancy Skinner (D–Berkeley) said the relief package was tailored to help individuals and businesses that were left out of federal aid.

“If we find that the next federal action leaves some key components out, then we may consider doing that with additional funds,” Skinner said. “But there may be other parts of California’s economic activity that need some boost, which we’ll also look carefully at.”

Newsom was asked multiple questions on plans to reopen schools for in-person learning, hinting only that he was back at the negotiating table and close to a deal with lawmakers after a previous plan never materialized.

“I'm not saying we're at the 1 or 2 -yard line, but we're certainly in the red zone in terms of working with the Legislature,” he said. “We look forward to working together this week and see where we end up.”

Legislative Democrats last week unveiled their own plan for reopening schools, though Newsom panned the measure, saying it would not get students back to in-person learning soon enough.

A large coalition of county education offices, school districts and superintendents sent a letter to lawmakers outlining their own issues with the measure, including the timeline and a required testing regimen for students and staff.

Assembly Budget Chairman Ting wants to put more pressure on districts. He says many schools didn’t push hard enough to get kids back into classrooms last fall and left the vast majority of a $5 billion appropriation for safe school reopenings unspent.

“They want us to give them money with no accountability, no guarantees of in-person learning this year,” Ting said. “I am normally a huge proponent of local control, but this year, local control has been a complete failure.”

Skinner, who is involved in negotiations on school reopenings, painted an optimistic picture as case rates across the state plummet following a winter surge and educators learned 10% of future vaccines will be set aside for them.

“We are getting in a position where everyone is going to feel much more comfortable,” she said. “You will see many, many, many more schools open very soon.”

This week school districts in Sacramento and Los Angeles both announced plans to reopen for some students in April, unconnected to the negotiations between lawmakers and the governor.