Much like everything else in this COVID-19-adjusted world, election campaigning is going to look substantially different this year.

Instead of forums in school gymnasiums and small lecture halls, candidates will take to Zoom to talk to voters. Instead of door-to-door canvassing, social media and mailboxes will be flooded with information and fliers on ballot measures. And instead of group phone-banking, campaign volunteers will work the phones from their own homes.

But with local candidates on the campaign trail in two Sacramento districts and organizations putting their efforts into a number of big-ticket ballot items, it remains to be seen what impact these socially distanced changes could have on elections.

Smith predicted that instead of grassroots-style campaigning — talking to voters at their front doors and other in-person interactions — organizers are likely to “double down on mailers and media advertisements.”

He said historically, voters tend to be less informed about local elections than national elections. So when voting, they relied more heavily on “cues” and personal interactions to make local election choices.

“One thing that I’m going to be watching for is for something we call ‘dropoff,’ where people will vote for national candidates, president and congress and then they’ll stop voting as they go down ballot,” Smith said. “I’m curious how much of that we’re going to see in this election, given the fact that people aren’t getting the normal kinds of messages they’d get from candidates and campaigns.”

He added that because voters will, in general, receive less “engagement” from groups and candidates than in the past, voting on local items could be less predictable this year.

Sacramento voters will decide on two important local ballot measures this year. Measure A, the so-called “stong mayor” measure, is a proposal that could substantially change the way the city is run. The other, Measure C, would implement stricter rent control within the city.

Both are controversial, and in a non-COVID-19 year, organizations would be out actively canvassing for both sides. But without the ability to go door-to-door or hold in-person voter events more frequently, organizers are adjusting.

One of the biggest impacts in this socially distanced election is campaign funding, Smith said.

At least two mailers opposing local rent control efforts have already been sent out to voters’ mailboxes, both of which were sent out by an organization largely funded by apartment and realtor associations.

One way that campaigns previously balanced out lack of funding was through volunteer labor, Smith said.

“So they may not have the money to pay for the media, but they had the bodies to push people out and try to convince voters through a one-on-one interaction,” he added.

In her race, Valenzuela was widely considered to be the underdog, running against  two-term incumbent councilmember Steve Hansen. But she won with 53% of the vote, a victory she says is largely due to face-to-face interactions.

“I won my campaign not because I had more money, but because we had more volunteers and we talked to more voters,” she said. “And that was a huge advantage for us as a people-powered campaign was that we could just reach folks and talk to folks neighbor-to-neighbor and answer people directly.”

For other groups like Sacramento Area Congregations Together (SacACT), a faith-based community organization, organizers are worried about how social distancing could impact educating people in harder-to-reach or traditionally underserved neighborhoods.

“I think the No. 1 concern for us is not being able to build these relationships where we can connect with people face-to-face,” said Gabby Trejo, the executive director of Sacramento ACT. “It’s different when you see them in front of you and you’re able to speak to them about your vision for the community.”

Trejo said that her group has switched over to trying to hold Zoom forums and having volunteers arrange small groups outside. Other organizations have been holding Zoom phone-banking sessions to energize volunteers, as well as trying to speak with people from their cars.

Trejo added that at the very least, she still hoped that people would vote in this election.

“The concern is people being afraid or discouraged from some of the negative narrative that’s out there about how safe voting is,” Trejo said. “We know that no matter where people stand in the political spectrum that voting is safe that voting makes a difference.” 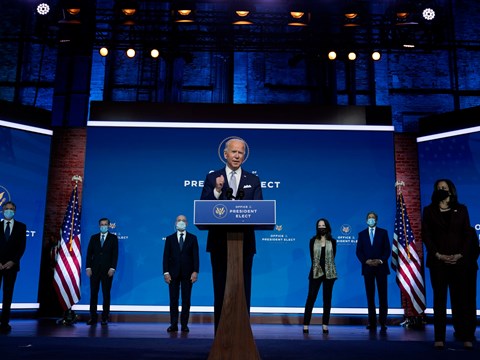