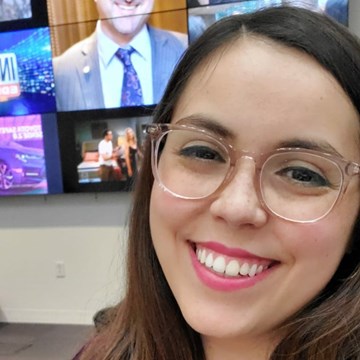 Megan Manata is an Interactive Producer at CapRadio.

Prior to joining CapRadio, Megan was an intern at NPR where she reported for the National Desk and KCRW, a Santa Monica-based radio station, where she produced for Morning Edition and All Things Considered.

Megan is a graduate of the University of Southern California, where she received her M.S. in journalism. While at USC, Megan wore many hats; she reported, produced, and directed in a team the school’s radio magazine program while she also worked as an editor for digital news.

Megan first started listening to public radio in college and has never stopped since.