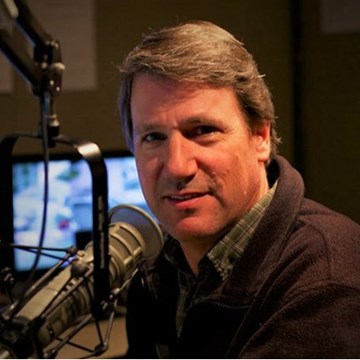 In his position as Managing Editor, Music and Arts, Paul Conley has come full-circle at Capital Public Radio.  Paul started as a music host in 1987.  He moved into the news department in 2001 to serve as our first Arts Editor. Later came a transition to Senior Producer, News and Information, then Senior Editor For Innovation.

Now  Paul oversees CapRadio's music formats on our terrestrial broadcast stations and digital streams, in conjunction with the Chief Content Officer.  Paul works with and edits music hosts, reporters and digital staff as they create music/arts content for distribution across our digital and terrestrial platforms.

Paul helped develop and continues to work with CapRadio’s award-winning documentary unit The View From Here, which has explored such topics as food insecurity, family caregiving, the high school dropout crisis and autism through the intimate lens of first-person storytelling.

In 2006, Paul co-produced Dina's Diary, featuring Carmichael resident Dina Howard and her emotional journey through a year of breast cancer treatment. The powerful program continues to air on radio stations across the country.