Listen
/
Update RequiredTo play audio, update browser or Flash plugin.
In 1936,  Bing Crosby successfully lobbied to include jazz great Louis Armstrong in the film Pennies From Heaven. It was a notable achievement along the path of racial integration in film. But it lacked an important element. Benny Goodman addressed that element when he and his quartet appeared in the movie Hollywood Hotel, as journalist John McDonough explains. 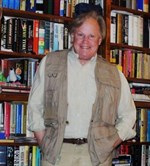 John McDonough is a Senior Editor for DownBeat magazine, a contributor to NPR and the Wall Street Journal and a lecturer in Jazz History at Northwestern University in Chicago.