Violence In El Paso And Dayton 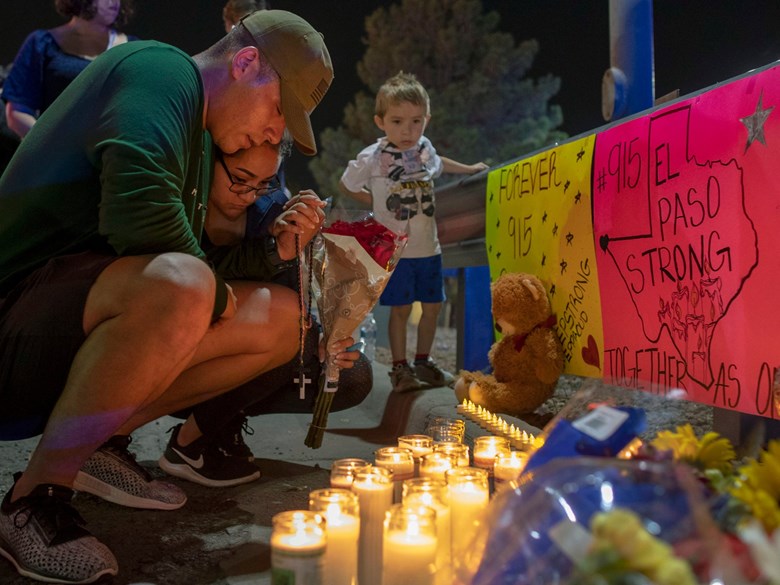 Rene Aguilar and Jackie Flores pray at a makeshift memorial for the victims of Saturday's mass shooting at a shopping complex in El Paso, Texas, Sunday, Aug. 4, 2019.

After a weekend of gun violence that claimed at least 29 lives in El Paso and Dayton, the conversation program Think takes a deep dive into the issues America is grappling with.

Other guests include Mark Rosenberg, president emeritus of The Talks Force for Global Health, about ways to address gun violence; reporter Christopher Connelly, who’s been tracking the background of the accused El Paso shooter; and Andrew Yarrow, author of “Man Out: Men on the Sidelines of American Life," about why young white men turn to violence.