The Coming Crisis In Opioid Nation 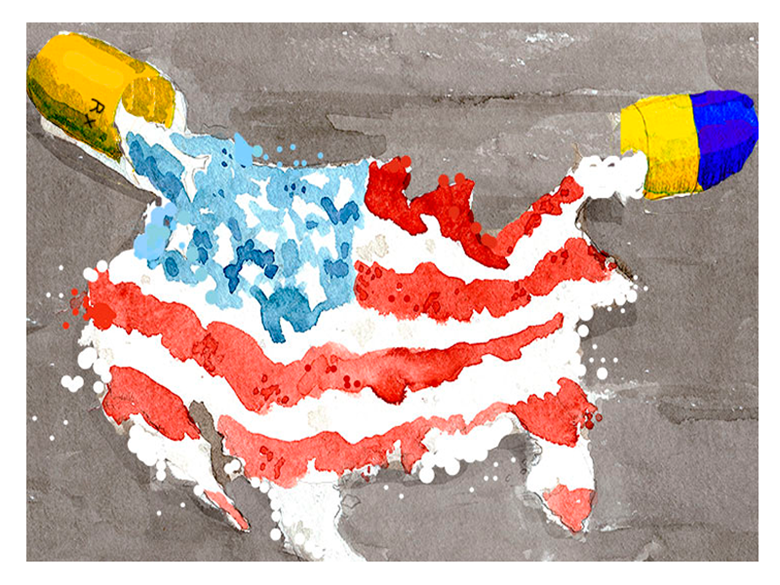 The opioid epidemic running rampant this summer has a 30-year back story and a grisly punch-line for 2017: drug deaths this year alone are heading toward the US death toll in Vietnam over ten years. The damage has proportions of a plague, or a war that will stamp a generation: let it grow at this rate and in ten years it will be taking more American lives than AIDS at its peak; than breast cancer, than World War Two, than the US Civil War. There’s a palpable near-panic at what can look like collective mass suicide. There’s torpor, too, a post-war feeling, after the drugs won. There’s dismay about a marketized industry in man-made drugs that manages somehow to kill its customers and keep growing.