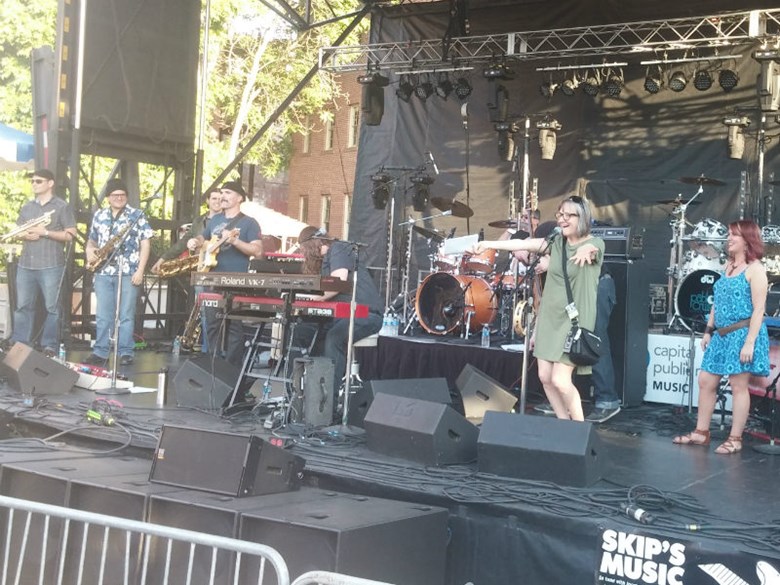 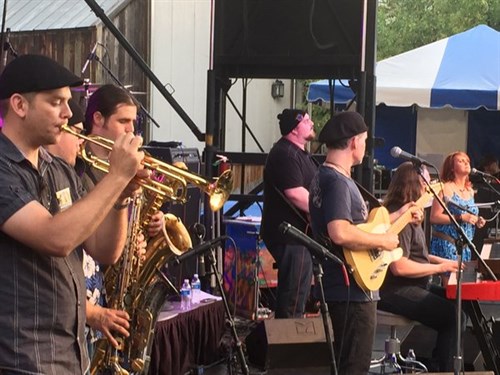 “One of the bands is called Frobeck.” he said. “They're from Sonoma County. Funk, mostly.”

Hmmm. I was never a big fan of funk, but I love blues, and there is a thread there I thought I might enjoy. So I went to their show.

Oh. My. God. Frobeck is my new favorite band.

This is not your mother’s funk. This, as I said onstage when I introduced the band Saturday at the festival, is Funk with a capital F. And even though nothing quite matches the experience of hearing this band perform live, I am also enjoying every beat of their CDs.

Let's start with Spencer Burroughs (keyboard, vocals) and Kris Dilbeck (guitar, vocals), you can tell these guys have been playing together since they were young. And it's obvious they've been trained by some of the best (Berklee College of Music). They just have that connection. You know, when you can feel what the other one is doing without ever looking at him. 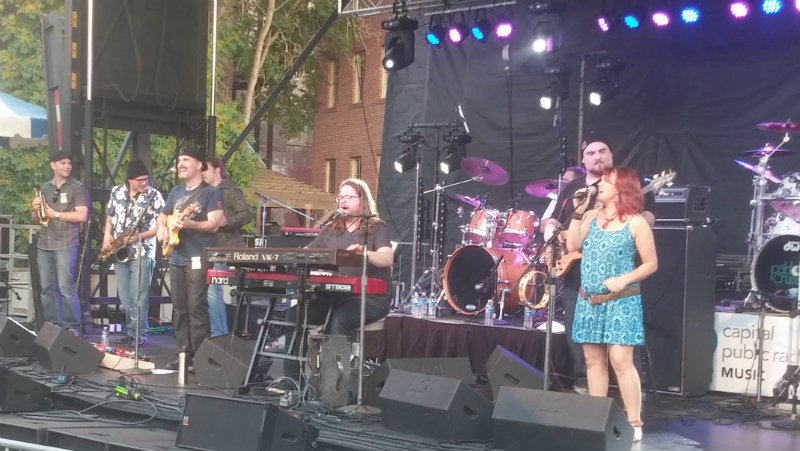 Frobeck frontman Spencer Burroughs and singer Callie Dilbeck harmonizing on the Turntable on the Green stage at Sacramento Music Fest 2016.

The drums and bass are just what they should be. Subtle enough that you almost forget they're there. But intense, too, and integral to the band's funky sound.
And the horn section. Holy sax, the horn section. Three pieces that sound so much bigger. They blow it all up.

Spencer handles the heavy lifting on vocals, with a lot of voice from Kris. And when they stand back, the duties go to Callie Dilbeck, who has a substantial range and a staggering confidence. 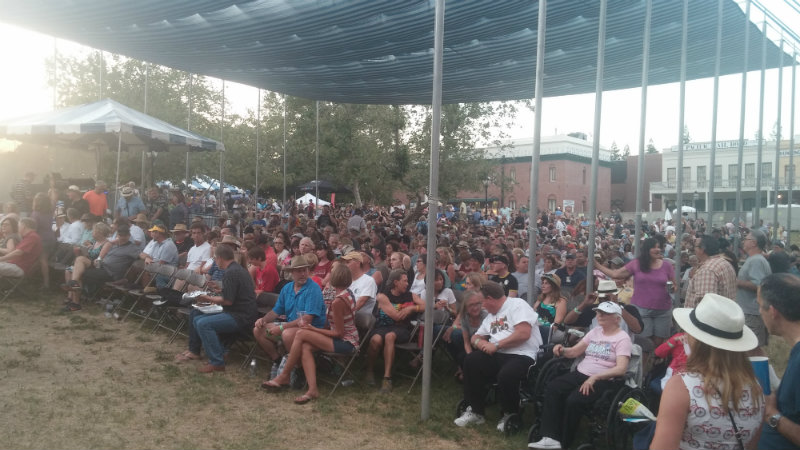 All the comparisons to Sons of Champlin and Tower of Power are accurate, but Frobeck also gives us original compositions and a unique sound.

I find it impossible to hear their music without moving my feet. Sacramento audiences should adopt this band and make sure they play here again. Often. Soon.

I was part of a small group dancing backstage at the Sac Music Fest, when one of the guys from Pablo Cruise walked up and said, “I love these guys. They’re so tight.”

Well, there you go. Check out Frobeck on Facebook.

And speaking of Pablo Cruise... 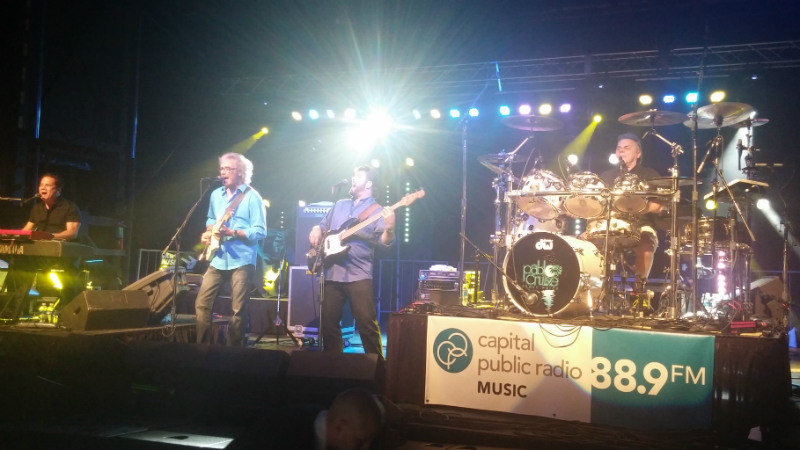