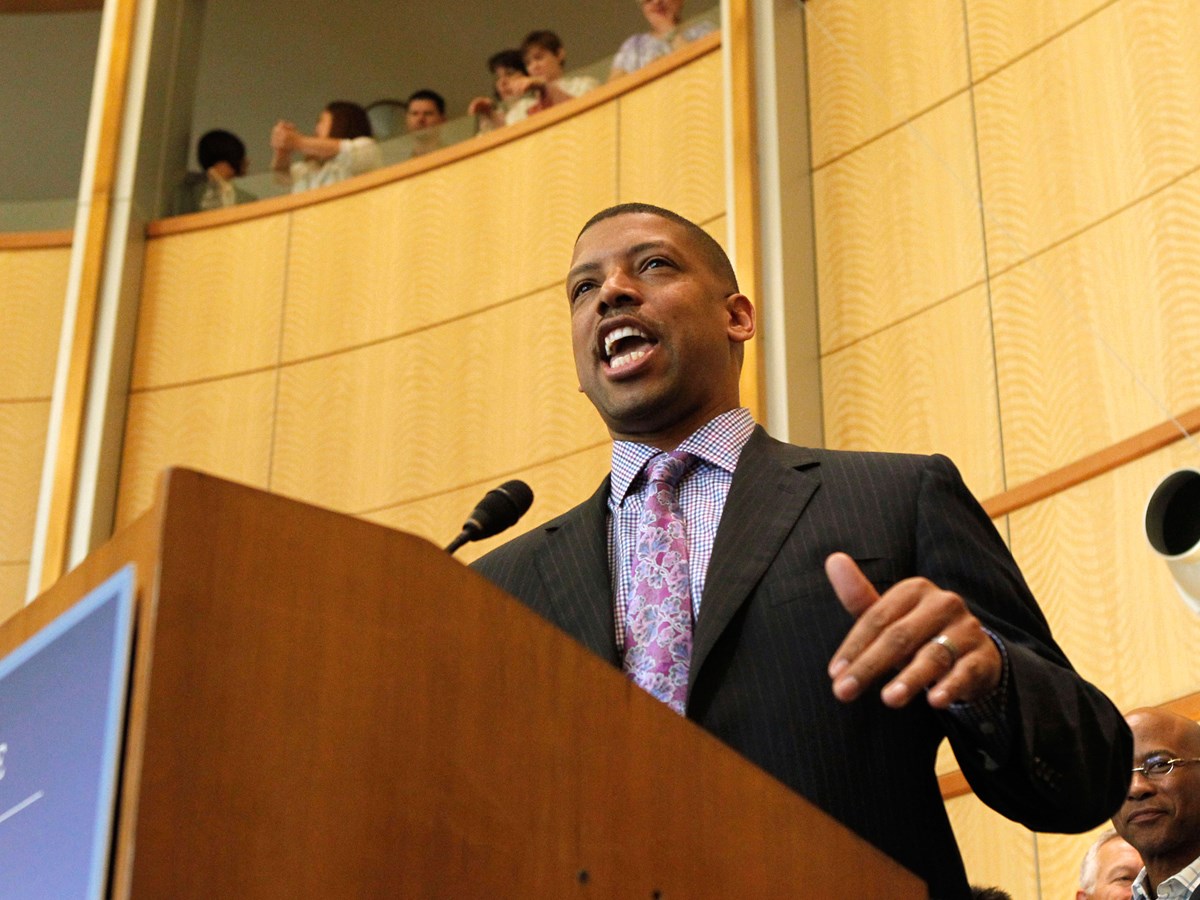 Sacramento Mayor Kevin Johnson's last day in office was Monday. His eight years in office have been anything but ordinary.

He won the job by easily beating two-term incumbent Heather Fargo in 2008.

A warning from Fargo during the campaign, though, turned out to be prescient.

"There are a lot issues which take a lot of experience and a lot of information and you learn that as you go through it and I think it’s very hard to do on-the-job training," Fargo said in 2008.

It wasn't long before Johnson realized government doesn't move as quickly as he would like.

He almost immediately began the push to make the mayor more like a governor, with veto power over the city council. A judge rejected his first attempt. Voters rejected the last.

After the first attempt failed, he sidestepped the way things had been done before.

He created a network of private organizations, some of them non-profits with volunteers who had desks at City Hall, but who had no accountability to the public.

The non-profits include Volunteer Sacramento to spur public service,  Greenwise to attract green tech jobs, Sacramento Steps Forward to address homelessness, and Think Big to find big money, or "whales" as Johnson called them, to buy the Sacramento Kings and build a new arena here.

This was the mayor in 2011 as he convinced the NBA that the Sacramento region had what it took to keep a team, even as the Kings owners, the Maloofs, tried to move it to Anaheim.

"The league has said to Sacramento, show me the money.  And today, we're doing just that," he said. "We're making a down-payment on the future of the Sacramento Kings and this being a permanent home for the Kings.  That's our commitment."

In 2013, Johnson put together a group of millionaires and convinced the NBA to pick his "whales" over a group of Seattle investors as both vied to buy the team. A year later, the City Council, with the mayor, voted to help build the Golden 1 Center downtown.

To which Johnson shouted, "Long live the Kings!"

The arena would be the subject of one of many legal questions involving the mayor and the city.

Both fought to deny petitioners signatures that would have put an arena referendum on the ballot.

And both were on the same side of a public records battle over private emails used by city staff to conduct the people’s business.

For the mayor, there was the resolution of a federal lawsuit against he and St. HOPE that claimed they misused Americorps funds when he ran the school. They settled. The academy agreed to pay almost $424,000 in fines.

And then there was a woman in the city manager’s office who filed a sexual harassment complaint against the mayor. The city attorney's office found it to be without merit.

Things seemed to be on the rise for the Mayor, though, late summer in 2015. An ESPN documentary was scheduled to be released nationally in October that portrayed Johnson as a hero for his role in the Kings' saga.

But, then the website Deadspin interviewed a woman who says Johnson touched her inappropriately 20 years ago, when she was 16.

Amanda Koba says Johnson paid her to keep quiet and offered other details of the hush money agreement she says Johnson made.

ESPN pulled the plug on the national release. Johnson was at the Sacramento showing of the film and was asked about the details she provided

Then, this year, HBO interviewed two women who say Johnson was inappropriate with them when they were at St. HOPE.

The mayor has never been charged in any of those instances.

But, the allegations will always cast a dark cloud over the man who has changed the way the world views Sacramento.

The city won a bid to become part of the new federal Promise Zone program for poor neighborhoods.

Johnson also created a task force that was successful in changing the way the city oversees its police department.

Voters approved a redistricting commission -an idea that previous councils had fought. And, he was instrumental in helping brand Sacramento as "America's Farm-to-Fork Capital."

But Johnson continues to have a lot of critics. At a community event this year, a long-time advocate for the homeless hit him in the face with a pie. The mayor tackled the protester and, according to witnesses on social media, got in a few punches before his attacker was led away in handcuffs.

It’s been a tenure that has been anything but ordinary.