Last night a fire of unknown origin broke out at our E Street warehouse. The buildings at 1410 and 1414 E Street were once the home of Sacramento Theatrical Lighting,which has been serving the entertainment and event industries in Northern California since 1947.

In 1960, Francis Cox and his son, John who is the current President of STL, purchased the building to start an official storefront for the company, starting with just three employees. They expanded the lighting business to include a trade show decorating company and grandstand rental operation, at which point they outgrew the space and moved the company to a larger space on 13th Street, and finally to Richards Blvd. in 1989, where STL, Ltd. is today with fifty full time employees.

Eventually John rehabbed the E Street warehouse, and for over thirty years it has been for the family automobile and bicycle collection, toys, and car memorabilia. John says, “We’ve had many wonderful gatherings there for family and friends and will miss our "hang out" very much. Every car, sign, toy and artifact had a story behind it and thankfully, we are all still here to reminisce and share those stories -- for that we are grateful.

We are also relieved that none of the firefighters or neighbors were injured and that no one was in the building when it caught on fire. Sacramento Theatrical Lighting has been a member of the downtown Sacramento community for many years and we greatly appreciate the many offers of assistance and expressions of regret.

Fire crews' efforts focused on preventing the blaze from spreading to an adjacent shop and a nearby Victorian house.

About 85 firefighters were on the scene last night, and crews remained there throughout the night. No injuries were reported.

Firefighters turned their attention to preventing the fire from spreading to three adjacent businesses and a two-story residential building. Ten engines and 85 firefighters responded.

The cause of the fire is under investigation. 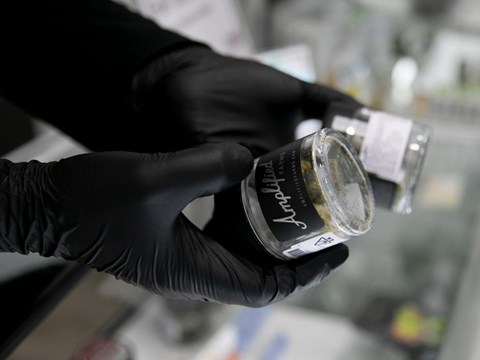 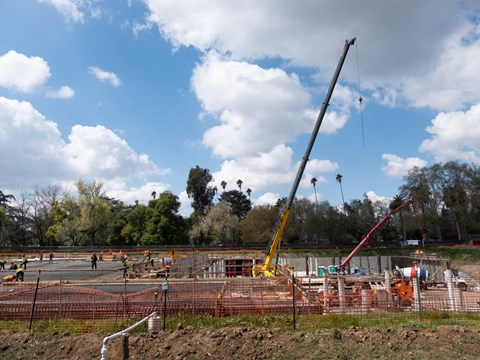