California had planned to issue bonds to match the federal grants it’s receiving for high speed rail. But legal challenges have put the bond money on hold. And until the case is resolved, Republican Assemblyman Jim Patterson wants a prohibition on spending any more federal money. He’s introduced new legislation to that effect.

“Now that we’re spending federal money without a clear way of making the match work, now we’re starting to risk, perhaps, the General Fund of the state," Patterson says.

But the governor’s department of finance points out the state’s 3rd District Court of Appeal has agreed to an expedited hearing in the bond case.

Additionally, Governor Jerry Brown is proposing to spend $250 million in cap-and-trade moneyon the rail project. The California Department of Finance says that would cover the state’s matching obligation until the case is resolved. As of March 2014, the project has spent and received $271 million in federal funds. 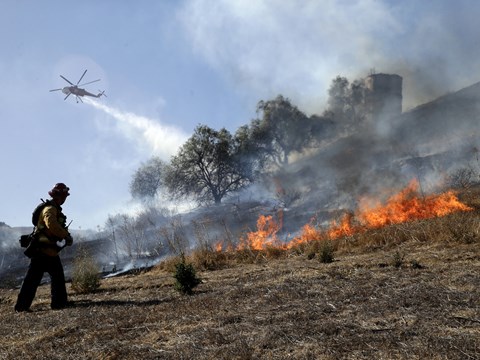