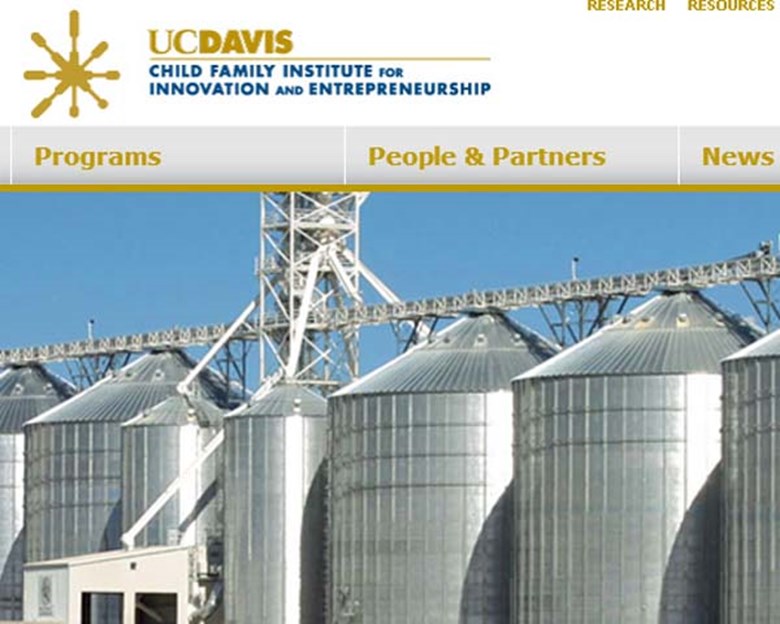 I had the fortune of moderating a panel of academics and entrepreneurs in agriculture last week as we kicked off our new Sustainable Ag Tech Innovation Center.  I asked each of them to name the single biggest driver of innovation in agriculture in the next 3-5 years. Normally, this cheap trick sparks an exciting round of disagreements among panelists (making moderation easier). And, in agriculture, there are plenty of storm clouds gathering on the horizon - climate change, water scarcity, energy, nutrition, GMO foods - that would make for a good debate.

But in this case the response was uniform and resolute:

I pushed back. What about climate change? Water? Anything to get them arguing among themselves. Then I began to realize there was a deeper mechanism at work here.

On the one hand, there is the question of why, when we have bigger problems to solve - feeding a growing planet, cooling a warming climate, reducing our energy dependence and resulting conflicts, and [your cause here] - we end up with iPhones, Facebooks, Twitters, and other smaller solutions for smaller problems?

On the other hand, is the question of why we set innovation and regulation as opposite ends of the spectrum of possible solutions. Are these problems better solved by regulation or by "free market" innovation?

The two questions are related. Innovation is good at solving clear and present problems. As I've talked about earlier (Other People's Problems), the more straightforward the problem seems, the more likely we'll try to solve it. Want to know the nearest Starbucks? There's an app for that.

Don't get me wrong. It's not a matter of skewed values - we care more about food, climate, education, healthcare than about where we can get our next latte. But when it comes to focusing on those larger problems, it's harder to know where to begin.

That's because they're far more complicated. All change is driven by two roughly distinct forces: systemic causes and direct causes. General causes describe the longer term, more diffuse, pressures for change; inciting causes describe the triggers. Think the kindling and the spark, the balloon and the needle, the camel's back and the straw. You can't have change without both. The problem is that we are not so good at figuring out how much credit each deserves: is it the last straw that broke the camel's back, or the million others?

And so we tend to ignore systemic causes in favor of the more obvious and easily described direct causes. George Lakoff, a professor of cognitive science at UC Berkeley, argues that systemic causation is less clear and thus less easy, but also more important, to understand. As he notes:

"A systemic cause may be one of a number of multiple causes. It may require some special conditions. It may be indirect, working through a network of more direct causes. It may be probabilistic, occurring with a significantly high probability. It may require a feedback mechanism. In general, causation in ecosystems, biological systems, economic systems, and social systems tends not to be direct, but is no less causal. And because it is not direct causation, it requires all the greater attention if it is to be understood and its negative effects controlled."

And because systemic causes are hard to pin down, they are hard to respond to. How do you "fix" something that works indirectly and probabilistically? You really can't fight it directly. So the challenge becomes converting a systemic cause into more discrete and tangible direct causes.

This is where policy comes in. Policy turns the systemic cause of climate change into the direct cause of higher fuel efficiency standards, higher water costs, more stringent nutrition standards, or stronger effluent restrictions. Policy, in effect, provides consumers, corporations, and investors with clear and present problems to solve.