If All You Know About Casady Is Jefferson Airplane, You Don't Know Jack 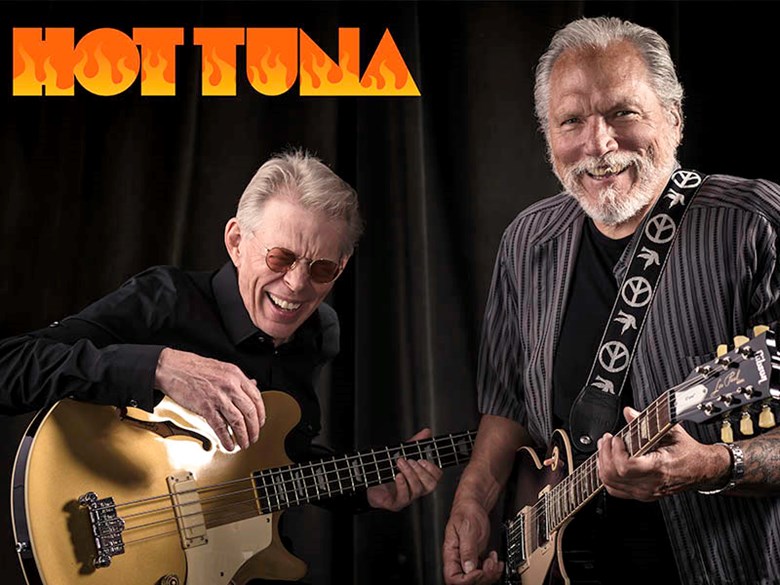 This was the kind of phone call that can give an interviewer whiplash. History had reversed itself. I was in California, just a stone’s throw from the city where Jack Casady made a name for himself decades ago as a member of the Jefferson Airplane. He was in a hotel in Ohio, at the edge of the college campus where I studied.

Within the first 30 seconds, I knew my questions had to be different from the interviews I had read online.

How many writers had asked Casady about his early days as the headband-wearing, briefcase-carrying bassist with Jefferson Airplane? How many times had he talked about his longtime musical partnership with guitarist Jorma Kaukonen and their band Hot Tuna? How many inquiries had been made about seminal music that defined the late Sixties? He was at the front of the psychedelic sound, performing at Woodstock and Monterey. The way Casady answers questions shows the frequency of those questions. He often reaches back in time to tell the stories his fans want to hear.

“It’s interesting. In doing this tribute to the Airplane project, I spent a couple months listening to Jack as a  21 to 26-or-7 year old,” Casady explained to me. “And it was quite amazing. I really tried just about everything. We did a lot of rehearsal. We did a lot of experimentation. The reality is that you are playing to the people around you. I haven’t played with those people since 1972, except for a small reunion we did in 1989.”

But what about the Jack of Now? I wanted to know where he is and who he is today.

We talked about the emotions that come out in music. I mentioned that one Hot Tuna song (“Genesis”) always gets to me, and I asked if there is a song that moves him, no matter how many times he plays it.

“I have to say that probably the Reverend Gary Davis’ ‘Search My Heart’ is one that will always get to me.”

Along with their own compositions and old acoustic blues, Hot Tuna has kept the Piedmont sound alive by playing Gary Davis’ music. The reverend had a style that pegged him as a spiritual man who understood the blues, and his songs have long resonated with folk and roots audiences. That merger of sounds is what brings Hot Tuna fans back to performances year after year.

Casady, this leader of the psychedelic genre who plays acoustic and roots music, also knows classical music. He was immersed at an early age, and those harmonies and images are still with him.

“I’ve always been fascinated by the orchestration of pieces and the way great writers not only move the melody line throughout the whole orchestra, but also frame the sections of the orchestra and the underpinnings of it in order to direct your attention to various parts of the music. And I think that’s what I try to do when I’m structuring a piece of music. I try to drift up above it and see where the whole piece is going, and to see if I can nudge it in a few different directions and frame it and give it some substance.”

What about the role of a bassist in the delicate balance of leading, following and keeping it fresh?

“You’re in that moment. That night on stage is really the unique moment. If anything, you’ve got to be more alert than ever. The key is in listening and playing to that atmosphere that is in front of you and part of you and part of that particular uniqueness to the evening.

“You’re listening to what is going on. You know that there is a certain, you know, the parameters, the key, the structure, the chord changes and all that sort of thing. And at the same time, it has its unique fitting for that night. You have to make those adjustments for all kinds of parameters that night and in that moment, in that sonic moment in the communication between the two.

“The first step is yourself. You’re creating this music, and you want it to be as honest and real as possible.”

That kind of thoughtful collaboration is one of the reasons Casady is also a good teacher. For almost 20 years, he has been an instructor at Jorma Kaukonen’s Fur Peach Ranch in southeast Ohio. After an application process, students, who have ranged in age from 14 to 80, spend three to four days in lessons and instruction from a couple of music legends. I know a few of Casady’s students, and they give him rave reviews.

“You learn so much. The process that goes through the teacher in order to teach, as well as observe the student to see what they need to learn -- that give-and-take area is wonderful territory to investigate both for yourself and for the student.“

Casady’s gift for guidance extends to Europe, where he is a patron for a youth arts center.

“How did you find out about that?!” Casady asked me. He explained it’s a new organization that hasn’t yet had a lot of press.

“It’s a fabulous center that caters to all the arts. I’m hoping that in the late winter, I can set up a shop there and do some teaching and maybe have a hand in getting some more instruments donated. I want to poke around and see what I can do.”

Hot Tuna plays about 200 gigs a year, and the duo often adds a person or two to augment their sound. Not long ago, a Jefferson Airplane tribute performance fell into the mix. And that led to a bit of reflection by Casady. He reached out to JA collaborator and vocalist Grace Slick to thank her for helping him to shape his signature sound.

“About a month or two ago, I gave Grace a call. And I said, ‘Hey, Grace, I just want to thank you for giving me such great songs to work with.’ She never crimped my artistic bent. I would really go for some pretty nutty stuff in the songs. And she told me she loved it. We talked for about an hour about that sort of creative process we had back then, and how it was so essential for both of us.”

My last question was meant to be serious, but it got a big laugh when I opened with: “Now that you’re of a certain age, and a respectable gentleman …”

I went on to ask why it is important for Casady to share and teach. How has that changed with age? And what does he want to leave for the world?

His full answer was a verbal essay in purpose and passion. It took several minutes. Here is its essence:

“As I listened to music, it gave me a place to go. It took me away into a land of my own. I always felt it was just for me. I was hearing this on my own, and in a sense you are. Now, I try to instill that wonder about music. If I do it carefully and do it well, hopefully I can get the students to walk away with something more than before they came.“

I was speechless. What they say is true: I don’t know Jack.

The Folsom performance (Harris Center, October 4) will be classic Hot Tuna – just Jack and Jorma playing their signature tunes and exhibiting why their 50-year partnership is still a sound to behold.