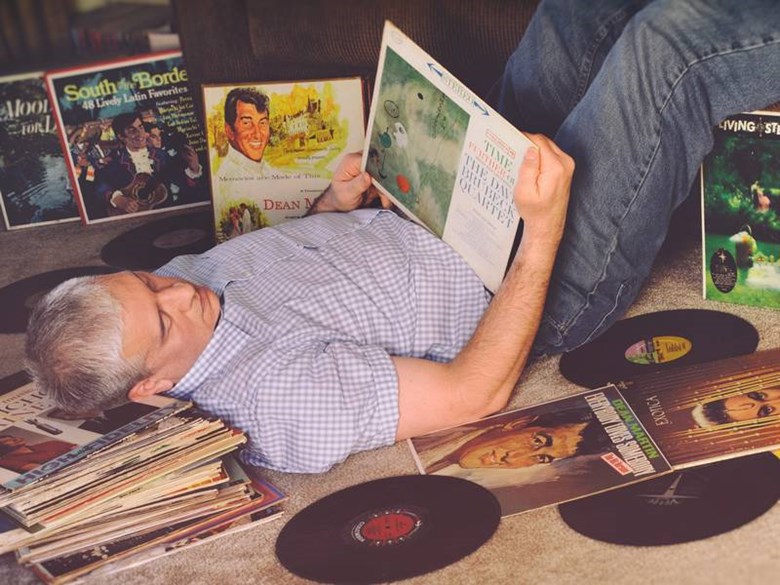 The jazz that was right for me took awhile to find. As a boy in the early 1960s I heard my parent's earlier generation of Big Band and vocals all of which was just OK. By the late '60s/early '70s, when I started exploring my own choices of music, jazz was taking a loud turn into lots of horns, electric instruments and that genre I still struggle to like: fusion. And so my attention in the 1970s turned to music I heard on Soul Train (which I never missed): groups like Harold Melvin and the Blue Notes, The Stylistics, The Spinners Stevie Wonder and so on.

Funk and R&B and blues were great, but I was getting all kinds of mixed messages about "Jazz." I liked when some of the old singers like Joe Williams bebopped along with just a piano, bass and drums on the old TV variety and talk shows. But there was also this other stuff calling itself “jazz”: the "fusion" that I avoided; the dixieland style my mom liked that was being played by Turk Murphy who was popular in my native San Francisco; and the "smooth" jazz style that was coming in from early adopters like Chuck Mangione. I was unsure about all of this.

I was adrift regarding jazz. In the '80s I bought the Miles Davis album Kind of Blue and I found earlier Sarah Vaughan and Dinah Washington and bought an occasional compilation album of other artists. Many of these had a kind of bop to them and provided some satisfaction. But something special was missing. That last little soupçon of spice that would make "jazz" really jump for me and make it exciting, rhythmic, bluesey and at times even funky.

It turns out that I was born at the perfectly wrong time. As a boy in the early 1960s I heard my parent’s jazz from the '40s up to the '50s. In the mid to late '60s jazz was becoming this loud, electrified and experimental thing I didn't like. What I missed ever hearing was the period BETWEEN: from the mid 1950s to the mid '60s. This was the classic "hard bop" era that had everything I liked, a style that has been described as bebop but with the addition of soul, blues and gospel. Some music writers have even said that it was from this music that the funk and R&B of the 1970s evolved (the Soul Train sound I loved!).

The Blue Note label of this era was chock-full of great hardbop artists: Horace Silver, Lee Morgan, Sonny Clark, Blue Mitchell, Kenny Dorham and Sonny Rollins, among so many others. By finding a style that I loved I realized that "jazz" - that unfortunately over-broad word - is many things and one needn't dismiss all jazz; one only has to find the style one likes.

Unfortunately for many people, "jazz" has an aura of it being all lumped together, so if a person doesn't like one style they might say, "I don't like jazz." I learned differently.

Now having a "home base" style of jazz that I call my favorite frees me to dismiss styles I don't like without blaspheming that "I don't like all jazz" because I know there are other styles of it to explore. Heck, I might even come to like fusion, as an example below might suggest.

Here's a classic hardbop tune from 1964 by trumpeter Blue Mitchell. Then compare that with the second tune below by Stefon Harris from his 2009 album Urbanus, titled "Gone" (based on a Gershwin song). The Harris tune could even be called "fusion," but the funk of it trumps the electronics, in my opinion. It's almost like a 1950s uptempo funky hardbop tune but in a contemporary language, or maybe something heard on Soul Train.