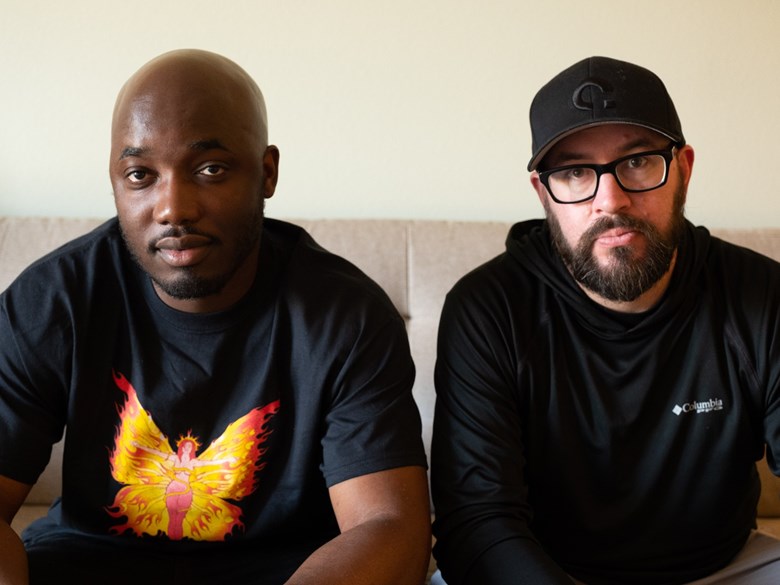 From Aftershock Festival to the Deftones, Sacramento’s live music tradition is often blessed by loud, unapologetic rock. But two long-standing music promoters are hustling to move the needle to a more chiller, more soulful place.

Enter Sol Blume: A “boutique” festival of R&B, hip-hop and new soul artists that will return to downtown’s Cesar Chavez Plaza for its second year on Saturday. Co-founders Fornati Kumeh and Justin Nordan, who’ve put on shows in the region for decades, joined forces in 2018 because they observed that there wasn’t a place for fans who desired a festival with more than power chords and blankets of distortion.

“Sacramento’s kind of got this weird, I guess, label of being a super active rock city,” Nordan said during a recent interview. “But Sacramento’s more than that.”

Sol Blume’s 2019 lineup pushes Sacramento into those soft corners and features bonafides, such as headliner Miguel — what with his tens of millions of YouTube views and Travis Scott features — and lesser-known gems like Tierra Whack (her debut Whack World generated buzz with 15 tracks each one minute in length) and Dave B (a contagious rapper who Kumeh says is the “office favorite”).

“We definitely want to get a lot of big, emerging acts, but we also want to put on smaller acts who don’t get that national spotlight,” Kumeh said of the lineup.

Nordan — who has worked on the ticketing and production side of live music for years, including booking shows under his CVLT Events company — described Sol Blume as “hanging out with your friends in a backyard and listening to this rad playlist.” And he says he embraces the collaboration with Kumeh, who for years has booked R&B, rap, hip-hop and more under his ENT Legends banner and now oversees the festival’s performers.

“Fornati came up with the idea and the vision. He’s really the one who curates the lineup portion of Sol Blume, and the vibe and the brand. A lot of that comes from his head,” Nordan said.

But Kumeh admits that he didn’t have the experience to execute Sol Blume alone. “I’ve never thrown a festival before,” he said. “I know Justin had been a part of many festivals in the past … it naturally made sense for it to be an R&B festival.”

Today, they’re partners — and they’re kind of inseperable. “I think I talk to him more than my wife,” Nordan said.

The ascendant popularity of the modern music festival — think Coachella, Bonnaroo, Outside Lands — has also spawned smaller, more “boutique” gatherings across the country, including Sol Blume. Nordan says he thinks there has been “a cultural shift in festival as a whole” away from these epic desert gatherings and toward more intimate experiences.

The festival’s warmth and closeness perhaps stems from Kumeh’s personal connection to the artists. He’s worked with Queen Naija, for instance, previously in Sacramento. And his live-show business has embraced R&B and soul when regional venues haven’t necessarily prioritized the genres.

“R&B has kind of been the staple for our business,” Kumeh said. “We live it, we love it, and we’re constantly looking for new emerging acts in that space to create history with.”

At Sol Blume this weekend, Nordan described a festival experience that belies the oceans of fans and endless queues you might see in Golden Gate Park or the polo fields near Palm Springs. He says fans can lay back and absorb the chill vibes of, say, Canadian R&B vocalist Jessie Reyez on one stage, then slide over to another nearby for a buzzy rap set by J.I.D.

Or, how he put it: “There’s gonna be a lot of fun, party times, and there’s going to be some sets that are like, smooth and — dare I say — baby-making music.”

But it’s work for the two promoters, and the weekend will be a never-ending blitz. Nordan likened the experience of putting on one of the city’s largest, if boutique, festivals as “a mixture of stress, anxiety and super-anxiety.”

“Yeah,” Kumeh added, “but it always comes together at the end.”

But even when it’s over, there’s still no chill.