TASK1ne Breaks Silence On His Plagiarism 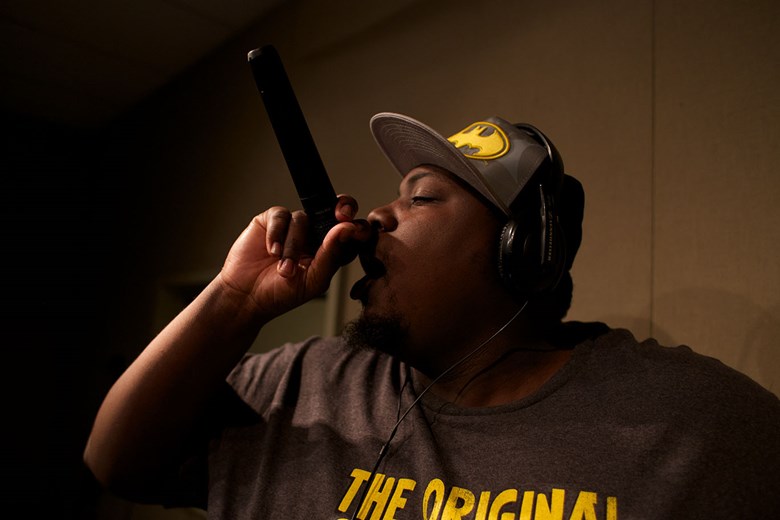 Sacramento rapper TASK1ne (born Corey Pruitt) fell from grace in the hiphop community after it came to light in April that he was stealing much of his material from other artists (read the story). He released a "response" video to the allegations, then deleted all social media accounts and did not respond to requests for comment.

This week the rapper broke his silence on the Blind Box Podcast and re-opened his Facebook page. We combed the two-hour conversation for these ten take-aways.

TASK1ne admitted in the podcast that of the material he’s released only about 20 to 30 percent is original.

“I have a lot of material that is actually mine but no one was really focusing on that,” said TASK1ne when addressing why he kept taking lyrics from other artists.

#3 : Once he started lifting lyrics it was hard to stop

He said it takes him a long time to write rhymes and so pretty early on he started “cutting corners.” He said the more attention he got the more people wanted his work and the more things grew out of control.

“It’s hard for a lot of people to see it because they aren’t out here in Sacramento – It was seriously starting to consume me.”

#4 : He knows what he did was wrong but says he isn't malicious

TASK1ne released a “response” video after the news of his rhyme stealing came to light. In the video he apologized for cutting corners but never really admitted what he did was wrong. In the podcast interview TASK1ne repeatedly said what he did was “foul” and that he can’t make excuses for it.

“I’m not trying to make an excuse – but a lot of bloggers and stuff were making it out to seem like I was some evil malicious guy… I’m a dude that f***** up, made a lot of bad choices. I completely own it. Nothing more needs to be said.”

#5 : When the news broke, things got ugly

TASK1ne said he turned off his phone and Facebook because he was getting death threats from strangers. His mom was also getting threats.

“I got dudes sending me pictures of nooses telling me to hang myself. Who the f*** wants to go through that,” he said in the podcast.

#6 : He might not return to hip hop because of the response

TASK1ne said he needed time to collect himself and figure out what to do next. He said the harsh response from the hip hop community has made him uncertain about going back.

“I’ve officially seen how ugly this business can be. I’ve witnessed it first-hand,” said TASK1ne. “That’s the thing that keeps me up at night, [thinking] now that you’ve seen how ugly this can be, do you really want to come back to this?”

#7 : He thinks the media blew his status out of proportion

While TASK1ne had reached notable highs in both the Sacramento and regional hip hop scenes, in the podcast he voiced confusion about the story getting picked up by larger hip hop blogs like Complex.

“I felt like the media put me up on a higher level than I was to make a story about it,” says TASK1ne.

TASK1ne said what he did was not a mistake.

“A mistake is when you do it once – and then you never do it again. If you do it more it’s a choice.”

“I have new material that will be dropping – but this if for me. Now I have to convince myself that I can do this. Which is something I should have done from the beginning.”

TASK1ne's original rap name was Taskmaster, from the Marvel comic-book villain with the power to mimic other mutant’s powers. Eventually the name morphed into TASK1ne. When news broke that he was stealing lyrics, some speculated it was a conscious and elaborate plan from the beginning. In the podcast, TASK1ne denies that. He said he made some bad choices but had no evil intent.