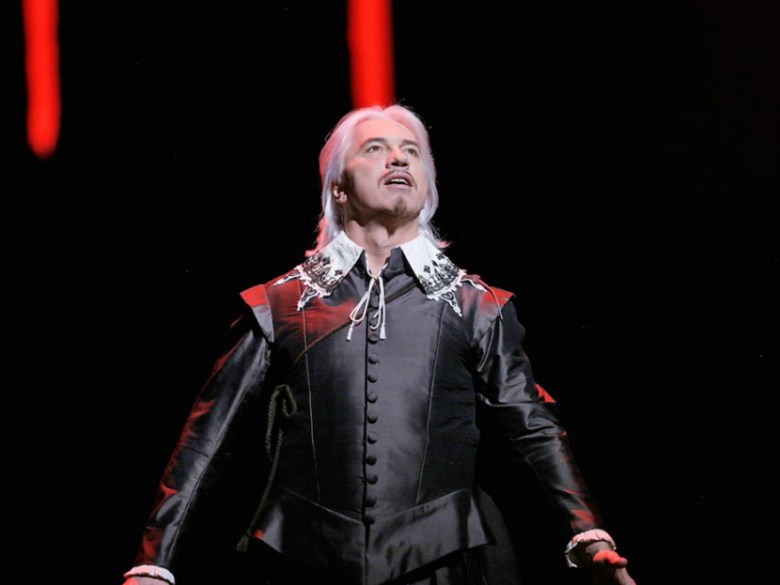 Hvorostovsky as Rodrigo in Don Carlo

Back in the days when I was what my voice teacher dubbed a “baby-baritone” I had to live vicariously through the singers that I admired. We baby singers have a hard time coming up because of the sheer breadth of the repertoire, endless skills to master, and the uncertainty of just how our voices are supposed to sound. Enamored with rich tones and manly sounds, I knew what I wanted to produce, but I could never quite get there. So I, like other baby singers, emulated my idols. It wasn’t always the best approach, but I did it anyway.


One guy I wanted to sound like was Dmitri Hvorostovsky. His 1994 album, Songs Of Love And Desire was on constant repeat in my CD player. It was the young divo's offering to the ever important bel canto style associated with the repertoire of Rossini, Donizetti, and Bellini. Bel canto, which translated means “beautiful singing,” is an operatic style introduced in the early 1800s. Music that, in many ways is the precursor to what would ultimately define Hvorostovsky’s career, the operas of Verdi.


It was from Hvorostovsky's bel canto CD that I learned staples of the repertoire like “Largo al factotum” from Rossini’s Barber of Seville and “Come Paride vezzoso” from Donizetti’s Elixir of Love. To this day, I still employ elements of his cadenzas in my singing. For instance, there’s that iconic moment in the “Largo al factotum” when Figaro sings his name - Hvorostovsky takes the second mention down an octave. Up until that point, I hadn't heard anyone else do that, but I liked it, so I stole it at 19, and I still do it to this day.


After years of listening to Hvorostovsky’s recordings my opportunity had finally arrived to see him live.  When I was living in Houston, Texas during the early 2000s, Hvorostovsky came to town to perform the title character in Verdi’s Rigoletto at Houston Grand Opera.

I remember being in the orchestra section, though a bit further back. It didn’t matter because the Wortham Center was state-of-the-art and Hvorostovsky had a booming, rich baritone voice. The moment had arrived and the charismatic, silver-haired singer took the stage. Reluctantly, I found myself underwhelmed. It's a sensation I still remember vividly. I was no longer a baby-baritone and my critical mind was functioning at a higher level. I decided maybe I had "grown out of" this particular idol.

But then something happened. I think perhaps it just took Hvorostovsky the majority of that first act to get warmed up, because by the time we got to the earth-shaking act two aria, “Cortigiani, vil razza dannata,” I realized I was in the presence of greatness. Not only was this a mesmerizing performance, vocally, but his heart-wrenching plea to the courtiers begging for the location of his daughter was the most emotionally moving moment of the night. Hvorostovsky had captivated the entire audience.


Hvorostovsky seemingly never shied away from insurmountable odds. From early on in his career, when he upset hometown favorite, rival, and friend Bryn Terfel to win the coveted Cardiff Singer of the World Competition in Wales; to the very end when he stepped on the stage of the Metropolitan Opera one last time, Hvorostovsky never quit.


After a courageous two-and-a-half year battle with brain cancer, Hvorostovsky died last week. He was just 55. There is no doubt that the opera and classical music worlds have suffered a great loss. So has this once impressionable "baby-baritone," losing one of his first and foremost inspirations. Hvorostovsky was someone who reminded me to keep going even when it felt easier to quit. Today, as I write this, I can only imagine how many others he inspired along the way. If you are one of those or you have a fond memory of Hvorostovsky, please feel free to leave a comment below. My tribute will be subtle. From now on - whenever I sing “Largo al factotum” - I’ll be sure to lean into that one “Figaro” sung an octave lower and forever dedicate it to Dmitri Hvorostovsky.