Tafelmusik with Vermeer The music lesson (photo by Glenn Davidson)

The DVD/CD “House of Dreams” by Tafelmusik originated as a stage presentation of music and visuals, a multi-media mix of artistic experiences. The same concept was used to create this film which was released in November 2013.

“House of Dreams” is built around five historic houses in five European cities: London, Paris, Delft, Leipzig and Venice, beautiful houses, with beautiful artwork from the 17th and 18th centuries, the most familiar artist being Vermeer.  The music that provides the unifying thread of the film is by Handel, Henry Purcell, Bach, Telemann, Marin Marais, and Vivaldi.  Fabulous visuals, glorious performances!

Bailey and Downes recently performed the rich and varied music on this new release at the Mondavi Center.  In the liner notes for the CD pianist Lara Downes writes, “For Zuill and me, this music holds a nostalgia for another time in American music - a golden generation before our time, an era when concert music in American had a real and present place in the culture and in daily life ... both of us have dedicated our musical vision and careers to a quest to rebuild something approaching that wider, more democratic audience.”

Austrian conductor Manfred Honeck began his tenure with the Pittsburgh Symphony Orchestra in 2008.  The recordings they have made together have received sterling reviews.  This new release, another fine example of their symbiotic relationship, featured the Symphony Number Eight by Dvorák plus a symphonic arrangement of music from Leos Janácek’s opera called Jenufa.

I am not alone in praise of this performance by Honeck and the Pittsburgh Symphony Orchestra! The Culture Spot LA also had good things to say.

Maya Beiser has been featured on NPR, The New Yorker Magazine described here as a “cello goddess” and the San Francisco Chronicle called her “the queen of contemporary cello.”  She’s commissioned and performed many new classical compositions, she was a presenter at the TED conference, her TEDtalk performance has been viewed by close to a million people, and she has appeared at many prestigious concert halls with many great orchestras.  So you’d expect her latest CD to be straight, unadulterated classical, right?

Nothing could be further from the truth!  “Uncovered” is laced with potent recreations of tunes by blues greats and rock groups. Led Zeppelin, Jimi Hendrix, Pink Floyd, Nirvana, Janis Joplin, Howlin’ Wolf, King Crimson, Muddy Waters and AC/DC with the cello taking the lead?  It works!

Young Gustavo Dudamel, the music director of the Los Angeles Philharmonic, here with Simón Bolívar Symphony Orchestra from his native Venezuela delivers up a fine new recording of Mahler’s Symphony Number Seven.  It was the 2003 Gustav Mahler conducting competition that launched his international career, so quite naturally, the symphonies of Mahler hold a special place in Gustavo Dudamel’s heart.

Conductor Gustavo Dudamel talks to Universal Edition about the music of Mahler: 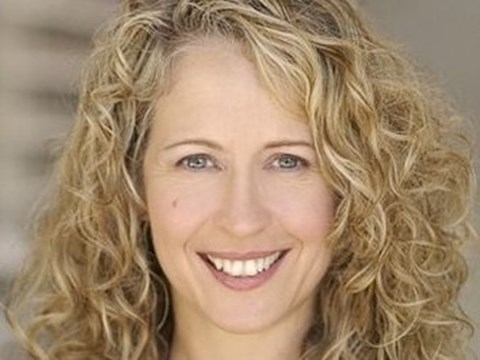