CapRadio Music Classical host Kevin Doherty is blogging from the CapRadio Travels trip to Scandinavia. This is his first post from the trip. Check back for more over the next few weeks!

Kevin called us from Copenhagen and he and his wife Sarah had this short exchange with CapRadio's Paul Conley:

Sitting in the airport in Stockholm waiting for our flight to Copenhagen, one of the CapRadio Travelers said to me it’s hard to believe that we’re about to be on day five of our trip to Scandinavia. Time really does fly when you are having fun. We are without a doubt having fun — but like any vacation there is always a little stress involved.

Luckily our guide Shlomit Lasky from Earthbound Expeditions — which partners with CapRadio on this trip — is a consummate professional. She immediately sprang to action to help when some of our fellow “Earthbounders” had some issues with their luggage. Shlomit describes herself as a wandering Jewess from Berlin. Israeli by birth, Shlomit is an actress, screenwriter, author and apparently a passionate seeker of knowledge with a knack for history. She is warm, organized, and incredibly helpful, which I think has had all of the travelers at ease from the very beginning. 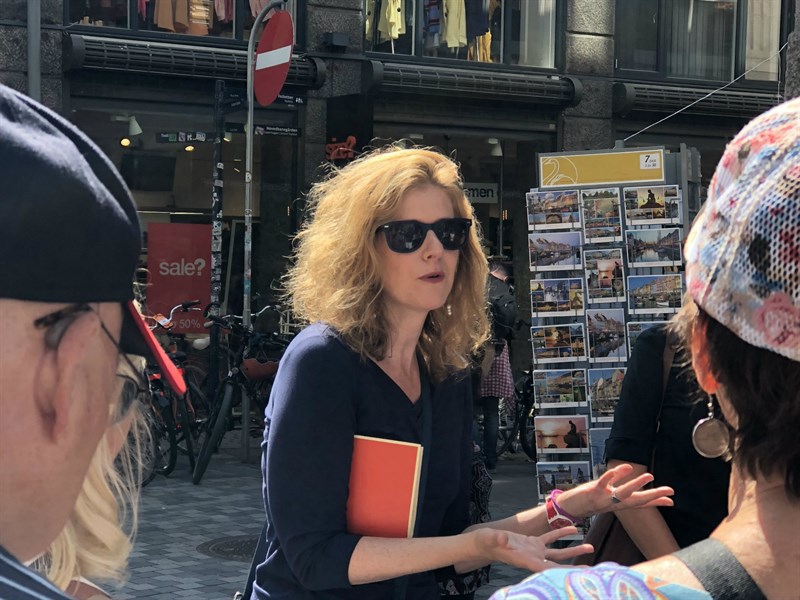 It would be a day or two before our friends would get their bags back but that didn’t have them in bad spirits. It almost seems that would be impossible in the stunning city of Stockholm, the capital of Sweden as well as Scandinavia’s largest city. The city is made of roughly 25-30,000 islands according to one of our local guides.

It’s unseasonably warm and sunny for this time of year according to many of the locals, and it was evident on the faces of everyone in town. Tourists and locals alike were out in droves soaking up the beautiful weather.

With 18-plus hours of daylight it’s hard to believe there ever is a winter in Stockholm. Winters can be pretty rough, though, with sunlight in December clocking in right around 6 hours a day. But right now we are focusing on the summer paradise that is Stockholm.

Our first full day in Stockholm consisted of a walking tour of the Old City, the Royal Palace, and the Vasa Museum. Much of the city is easily accessible and very pedestrian friendly. In fact, a lot is within a 20-minute walk from our hotel.

A side note here: When I think of an “Old City,” my brain immediately turns to Old Town Sacramento. Well, Old Town Sac is a baby in comparison to the Old City of Stockholm, whose charter dates back to the 13th Century.

The Royal Palace is stunning and full of history as we toured its many decorated rooms. We learned a lot about the history of the monarchy of Sweden and the changes it’s undergone in its nearly 1,000 years of existence. Considered a constitutional monarchy, Swedes seem to have a lot of respect for their royal family.

The highlight of the day, however, was the Vasa Museum. The museum was built around the imposing ship commissioned by King Gustav Adolphus in 1626. The ship took two years to build and was intended to show off the strength of the Swedish Navy. 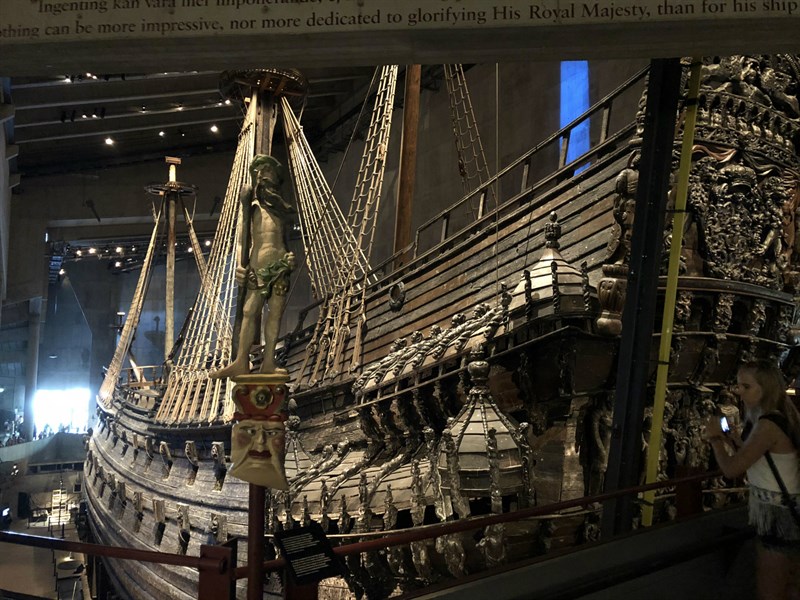 The not-so-indomitable Vasa ship that was discovered 333 years after it sunk on its maiden voyage in 1628. Loren Kerns / Flickr

The Vasa would never have that opportunity, however. On its maiden voyage in August of 1628, the ship sank within 1,000 meters of its departure point. Problems were noted in preliminary testing, but the King was impatient and wanted to see the newly minted flagship of his fleet in action.

The ship was discovered 333 years later in about 14,000 pieces under the sea and pieced back together. The museum was built around the ship, pieced together the vessel’s history as well as the ship itself. Cold and dark, the museum has an ominous presence and the ship is an awesome sight to behold. I strongly encourage a stop at the Vasa if you’re ever in town.

A quick note about our guides: While Shlomit is the guide for the entire tour, each day we’ve had a different local guide and they have been treasures. All are so knowledgeable and friendly that they’ve made the experience something very special. Inger was our guide on day one; on day two we had Inger’s cousin Lena.

We met Lena in the lobby of the hotel after breakfast on day two. She took us to the ferry as we headed to Feather Island or Fjaderholmarna. The place was an exquisite summer getaway full of little artisan shops and restaurants. Overall the food has been spectacular and quite seafood heavy, but the fish is incredibly fresh. 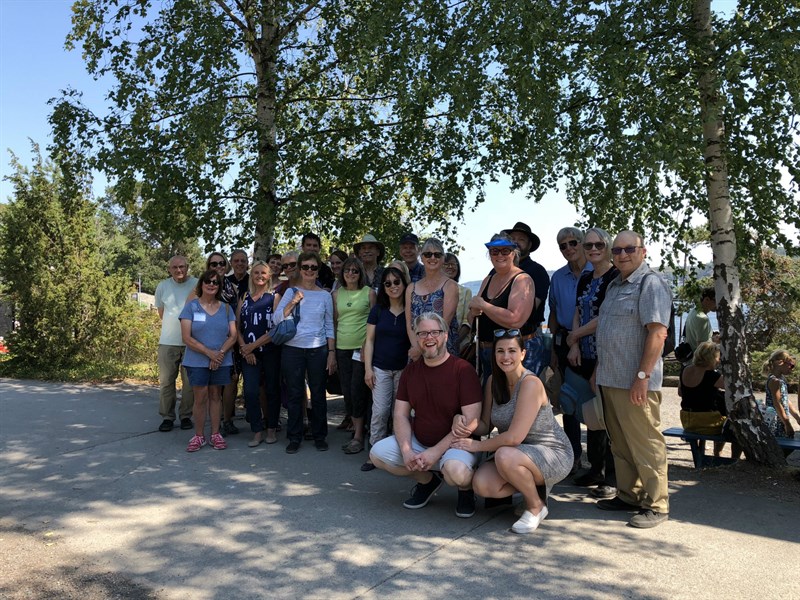 While the tours have been immensely enjoyable and informative, we’ve all had plenty of free time to take in the sights. That’s been a really nice aspect of this trip, because while some folks would like to relax and stay close to the hotel, others were feeling a bit more adventurous.

I could have easily spent another three or four days in Stockholm, but alas our journey has only just begun. The next stop is Copenhagen. Did you know that Copenhagen is the bike capital of the world? How many bikes per person do people own in Copenhagen? Think you know? Find out in the next blog post in the next couple of days. 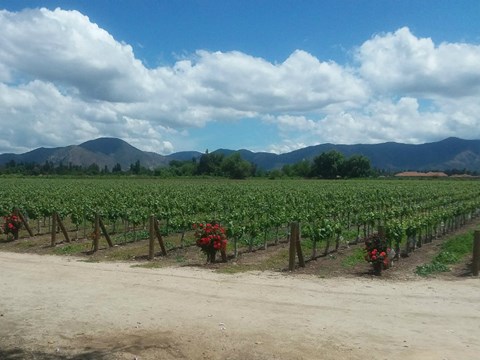 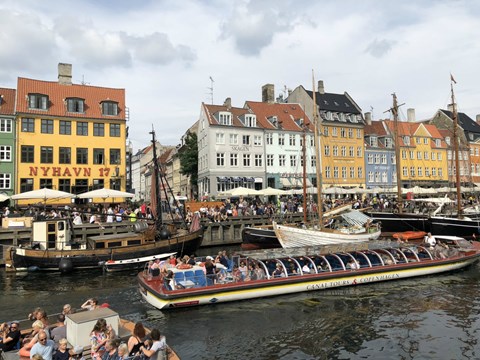 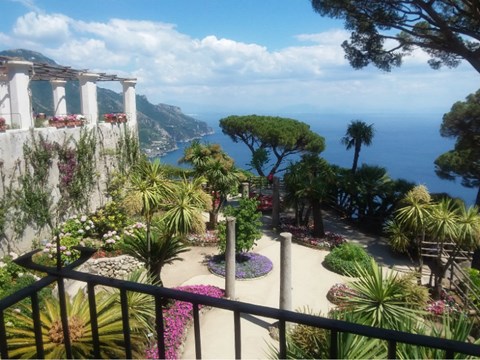