Bloomberg Stumped In Sacramento, So We Asked Him Your Questions On Climate Change, Homelessness

Prospective voters packed into the Old Soul coffee shop in Midtown Sacramento Monday to hear former New York City Mayor Michael Bloomberg make his campaign pitch — on a day when other candidates are busy vying for caucus votes in Iowa.

Bloomberg’s 10-week-old campaign for the Democratic presidential nomination has carved out a novel strategy: Skipping Iowa and New Hampshire and instead focusing on big-delegate Super Tuesday states, including California. The nascent campaign has also spent big — reportedly shelling out nearly $190 million of his own money through December, with a heavy emphasis on television advertising.

Bloomberg’s Sacramento event came before planned campaign stops in Fresno and Compton later in the day.

Attendees appeared to be a mixture of Bloomberg supporters and voters intrigued by the late entrant’s campaign.

“I’m just curious about the candidate,” said Michael Mee of Sacramento who is currently undecided. “I’m a one-issue voter: Beat Trump. So, I’m trying to determine, who’s the best to beat Trump?”

After the event, Mee said Bloomberg’s comments didn’t tip the scale to win his support, but he was impressed by the candidate’s authenticity.

Molly Pitegoff, 25, of Sacramento said she’s all in for Bloomberg.

“I work in the environmental health and climate change fields, so his policies on that are the big drivers for why I’m interested in him,” she said.

Bloomberg’s comments — lasting about seven minutes — focused less on policy and more on why he’s best positioned to take back the White House.

The candidate spoke in greater detail about his policy proposals in an interview after the event, during which CapRadio posed questions from listeners as part of our Citizens’ Agenda project.

“Our children are our most important assets,” he wrote. “What are you planning on doing to make sure climate change doesn't change their lives drastically?”

Bloomberg cited his half-a-billion dollars in contributions to the environmental group The Sierra Club. He says those contributions have helped shut down hundreds of coal-fired power plants and drive down green-house gas emissions.

He also discussed ways individuals can help address climate change, including painting roofs white to lower energy bills and switching to fuel-efficient electric vehicles. He did not provide specifics, however, on how his administration would incentivize those individual efforts.

Listener Michael Doyle said homelessness is a top issue for him — as it is for many Californians. He wanted to know: “What is the ultimate goal of [politicians] regarding the homeless population? Are they looking beyond simply getting them out of sight?”

“Well I think getting them out of sight is the wrong attitude,” Bloomberg said.

He cited New York City’s model of proactive outreach during his time as mayor as a successful solution.

“As soon as someone was laying on the street, we had a case officer come and visit them right away,” he said. “The earlier you can get to them, the easier it is to convince them to come into the shelter system.”

But he acknowledged early contact alone is not a panacea. It will also take investment in skilled workers who can offer wrap-around services to people on the street.

“You will always have some people who just don’t want to interact with the system — whatever the system is,” he said. “They’re not going to stay in shelters, they’re not going to be able to function next to other people. And that’s where a real social worker with real training has to step in.”

He added that increased housing production — especially high-density housing near mass transit — is an important part of addressing homelessness. He accomplished this as mayor of New York City, he said, by changing zoning laws. 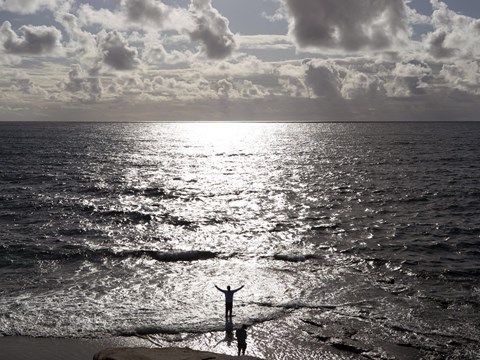