"This is going to be our earliest-morning bus route that we have," said SacRT's Jessica Gonzalez. "So that means those early flights out of the airport, if your family member doesn't want to drive you all the way to the airport, or if you work at the airport this is a really great way to get there early."

Sac RT says the route will make a loop downtown using J, 15th and L streets. You can find a full route map and schedule on the Yolobus website. 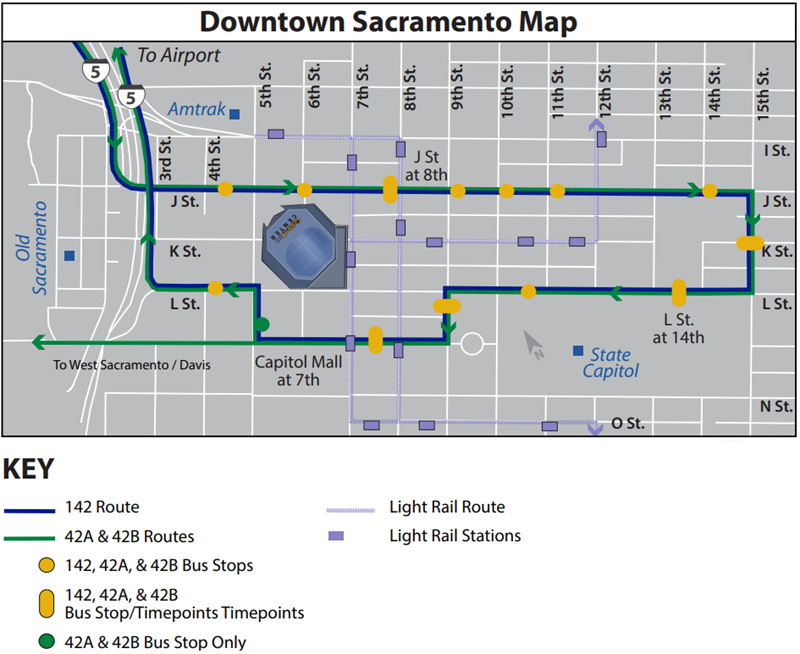 Map of the downtown pick up areas for the new SacRT bus line service to the Sacramento International Airport.Yolobus

The new line opens January 5, and will be free through the end of January. They will follow the normal $2.50 regular fare, or half that if you qualify for a senior citizen or disabled discount. Kids will be free.

But, because SacRT doesn't have any connecting routes to downtown until after 5 a.m., you'll have to use other options to get to the pickup locations before then.

Yolobus has been providing service to the airport for 22 years, but only operates once an hour from downtown Sacramento.

“I think it’s a great idea in that it will supplement what Yolobus does with Route 42A and 42B,” said Yolo Bus executive director Terry Bassett.

Bus 42A takes riders through Davis and Woodland before arriving at the airport. Route 42B is a direct line between the airport and downtown. Yolobus costs $2.25 for a full fare.

Sac RT says a lack of funding was a previous barrier to a bus line to the airport. The Sacramento Area Council of Governments is paying $1.5 million for the line.

The money is part of a larger grant for electric bus service to the airport, but Sac RT has not bought those buses yet. Gonzalez says they could be purchased and running within two years.