As California Cracks Down on Animal Captivity, Airbnb Offers an Alternative That Advocates Approve

The animals at New Leaf Llama Farm in Oregon House, about 70 miles northeast of Sacramento, all know their roles. The male llamas walk the pens tentatively, careful not to disturb the breeding females, who might spit in protest. Across the property, guard llamas protect a small group of goats. And in another pen,  newborns just a few feet tall waddle their way through a towering herd.

As farmer Sarah McGovern pours food into their trough, she worries about one particularly scrawny youngster.

“Every morning, I’m waking up wondering if she’s gonna be alive, but she still acts like a normal little llama,” she said.

McGovern fell in love with llamas nine years ago while working at a nearby winery. She likes how calm they are, and how trusting they can be with humans.

“They’re as close as you get to a unicorn,” she said.

At a friend’s suggestion, she recently listed her farm on Airbnb’s new “animal experiences” platform.  It’s a category on the home-sharing site designed to connect creature-loving travelers with conservation-minded hosts. 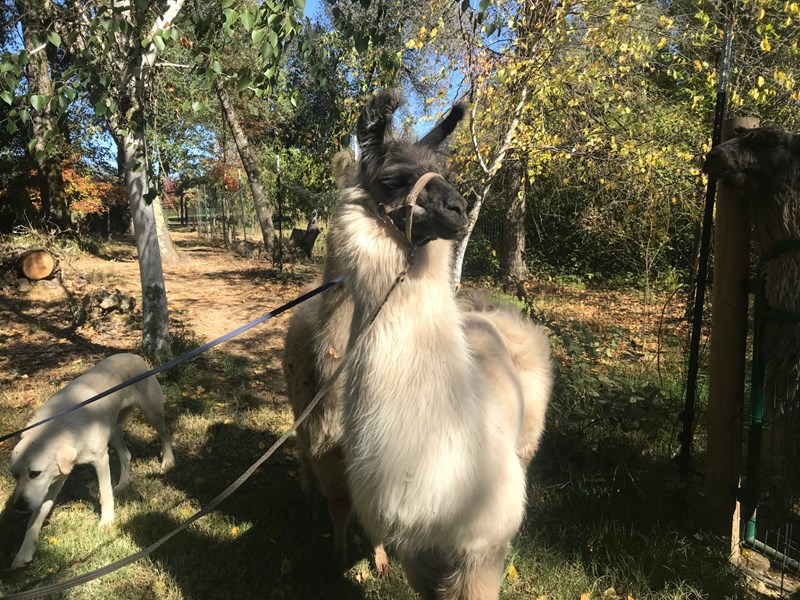 Animal welfare advocates say it’s a unique example of how the sharing economy could change the future of animal tourism.

At New Leaf, visitors pay $30 per person to spend an hour and a half on McGovern’s 15-acre property. They start with a tour, usually accompanied by one of the resident dogs or cats, and then have the option to take a llama on a short hike to a wooded creek.

McGovern says the animals enjoy it, too.

“Llamas are very curious, and they like experience,” she said. “[A walk] is out of their routine, they get to eat new things. You’re not really disturbing anything.”

That’s what Airbnb says it’s trying to promote: activities that feel natural for the animal, and don’t compromise its comfort for human enjoyment. The company’s new welfare guidelines prohibit most experiences involving wild animals in captivity and set strict standards for how hosts must treat domesticated, working and sporting animals.

The guidelines were developed in conjunction with a conservation nonprofit called World Animal Protection. Their US programs director, Ben Williamson, said it’s a step toward changing the way people interact with animals when they travel.

“It’s an uphill battle,” he said. “But I think by chipping away at that and getting the message out there, we will defeat this craze of harming animals.”

Every year, two to four million tourists spend money on attractions that are detrimental to animal welfare or conservation, according to a study from the University of Oxford’s Wildlife Conservation Research Unit. In ranking attractions, researchers looked at animals’ stress levels, their access to food and water, whether they are allowed to behave normally, and how often they experience pain or injury.

They found that most tourists don’t know they’re supporting an activity that’s harmful to animals. Using reviews on TripAdvisor, a crowdsourced travel site, they found 82 percent of reviewers rated tiger attractions  as “excellent” or “very good”, even though those activities received the lowest possible animal welfare rating.

California is taking some steps to combat harmful animal tourism. Gov. Gavin Newsom just signed a PETA-backed bill banning the use of bears, tigers, elephants, monkeys and other wild animals in circuses.

PETA has also endorsed the new Airbnb program. Animal welfare groups are looking to social media companies, to help members of the public make more ethical choices about wildlife interactions. Instagram now gives users a warning when they search for animal content that may involve cruelty behind the scenes. 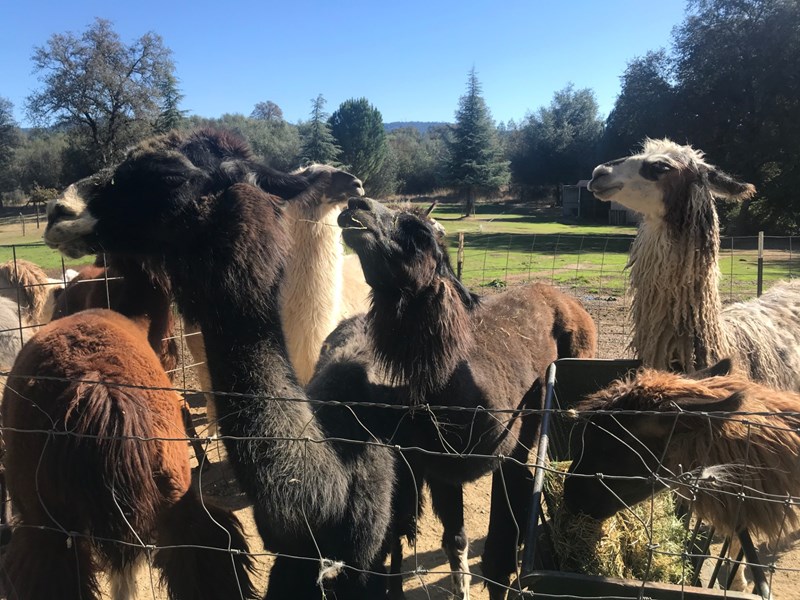 A herd of llamas waits for feeding time at New Leaf Llama Farm in Oregon House. The farm recently became one of about 1,000 "animal experiences" offered by Airbnb.Sammy Caiola / Capital Public Radio

To combat that mentality, Airbnb tries to steer guests toward animal sanctuaries and rehabilitative organizations. They keep group sizes small, and promote activities that line up with the animal’s natural behavior.

Some of California’s Airbnb animal experiences include hiking with rescue dogs in Hollywood Hills and grooming farm animals in Santa Rosa.

“We know people are going to travel to be around animals,” Freemon said. “We’d love to see more companies take steps to ensure that there are protections for those animals.”

Whether the sharing economy will overtake traditional animal tourism is yet to be seen. But public opinion of animals in captivity may be shifting — SeaWorld saw major declines in attendance after the 2013 documentary Blackfish came out, and multiple airlines have ended partnerships with the theme park. Many zoos have shifted from concrete and cages to more natural, open habitats in recent years, partially in reaction to public demand.

Sarah McGovern said she’s thrilled to be able to educate people about her animals.

“People don’t understand llamas,” she said. “To me, it’s important that people find out what a wonderful species this is. Also, they’re part of an old civilization. In Peru they couldn’t build Machu Picchu without the llamas. I kind of feel like it’s a good thing to preserve some of these animals.”

And even after Airbnb takes a 20 percent cut, she said the extra income from the visitors helps with farm upkeep. She gets a lot of guests in from the Bay Area, she said.

“If you really need to get that sense of being with animals, you’ll get it,” she said. “It’s healing … so many people have grown so far removed from nature, that we live in a kind of artificial environment. It’s a little bit more like going back to something more real.” 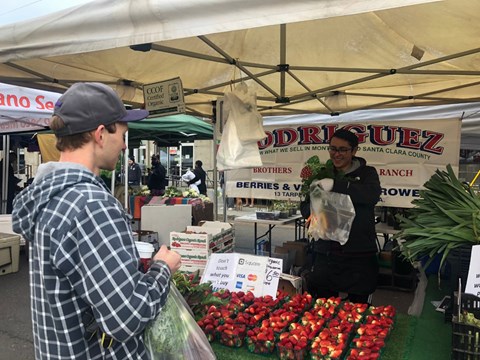