A simple web search will pull up nearly a million articles, videos and photos featuring Frank Gehrke. He’s no fashion icon like Kim Kardashian or a dogged politician like Gov. Jerry Brown. But he has broken a lot of news.

Sometimes, it’s bad news, like California suffering yet another year of drought. That’s a realization he alluded to in 2014, when he measured the snowpack near Lake Tahoe.

For 30 years, you might have seen Gehrke on TV, the guy trudging through snow with a measuring pole, talking about how deep the pack is each winter on the evening news. He retired from his post as the state’s chief snow surveyor in December, but he’s not letting go of his snowshoes and skis anytime soon, even though he said he realizes “it’s time to spend time with family.”

From the beginning, it was Gehrke’s goal to get in front of cameras and behind microphones. His dream culminated in 1988, when the state was in a drought and he became the face of California’s monthly snow survey, because reporters began contacting the California Department of Water resources about snowpack details.

“I just happened to be the guy that was doing manual snow surveys at that location,” Gehrke said of Phillips Station near Lake Tahoe, where public snow surveys have been broadcast to the world for over 30 years.

He wanted to inform the public about how much water is in California’s “frozen reservoir,” or the snowpack that provides around one-third of the state’s water supply.

Everyone from farmers to regional water managers rely on Gehrke’s data to predict how much water to expect in the spring and how water will run off as it melts. He has led hundreds of snow surveys, where he pierces the pack with a hollow aluminum tube to record its depth. 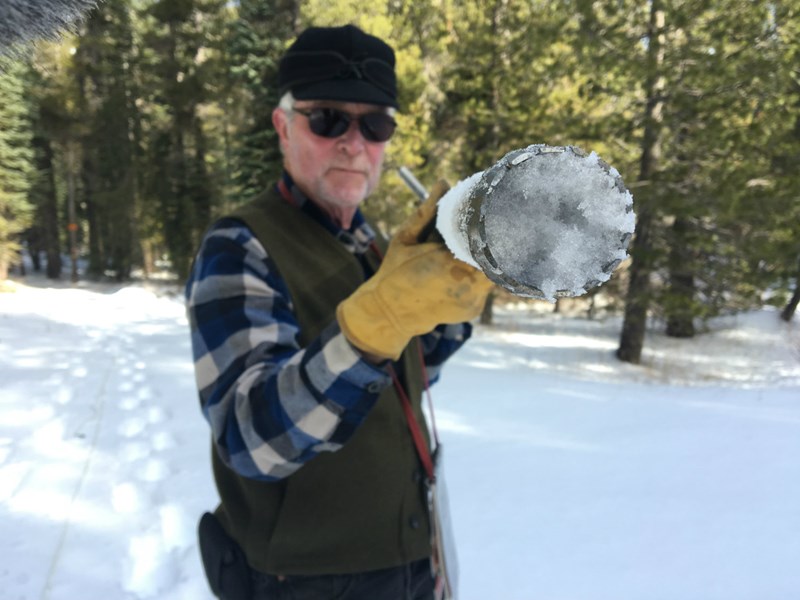 Frank Gehrke’s conducted hundreds of snow surveys across the Sierra. It all starts with a measuring tape, a hollow aluminum tube and a scale. Once surveyors measure each distance they pierce the snow with the tube and then weigh the snow collected.Ezra David Romero / Capital Public Radio

Originally from Missouri, Gehrke got his first job in the world of snow in Southern California near Big Bear. In 1987, he took a job with the Department of Water Resources, a time he says, “when high speed data was a stack of computer printouts on the Greyhound bus down to Fresno.”

The 71-year-old made measuring the snowpack a seasonal event on local TV newscasts, but he says the most exciting part of his career happened near its end, when NASA’s Jet Propulsion Laboratory got involved.

That agency, the state and local water groups have together developed a new program that measures the snowpack from the sky using a plane equipped with lasers.

Gehrke says a way to visualize the project is by comparing a TV screen with only a few pixels to one with all of them lit up. He says this new way cuts down inaccuracies, from about 20 to 2 percent.

“This really is the Holy Grail for snow geeks,” Gehrke said of the method. 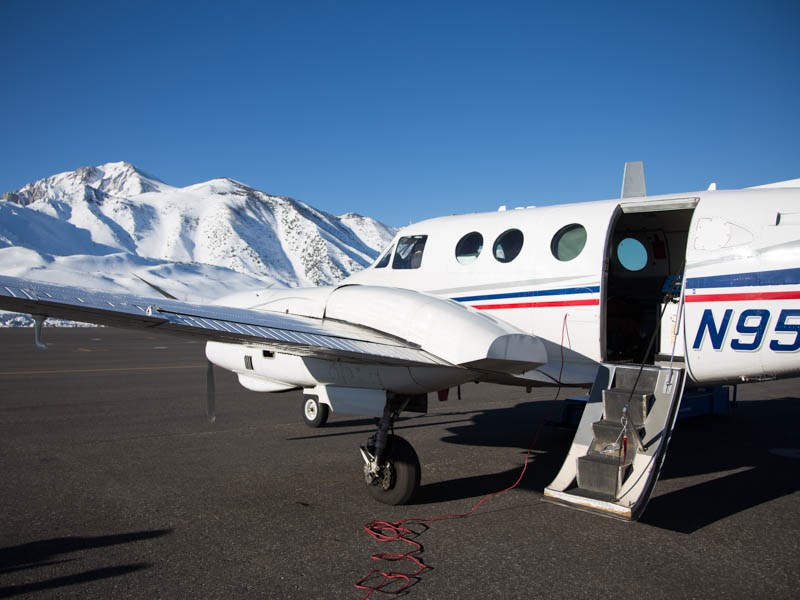 That information is important for water managers across the state, such as Jeffrey Payne, who works for the Friant Water Authority, which manages the San Joaquin River watershed east of Fresno.

“Frank’s ability to just keep the big picture in mind and know what the end goal is has been remarkable,” said Payne, who added that “it’ll be some big shoes to fill to keep” the 40-plus agencies that Gehrke managed informed.

Measuring snow from the sky now takes place in a wide swath of California, from the Tuolumne River near Yosemite to the Kaweah River in the Southern Sierra. 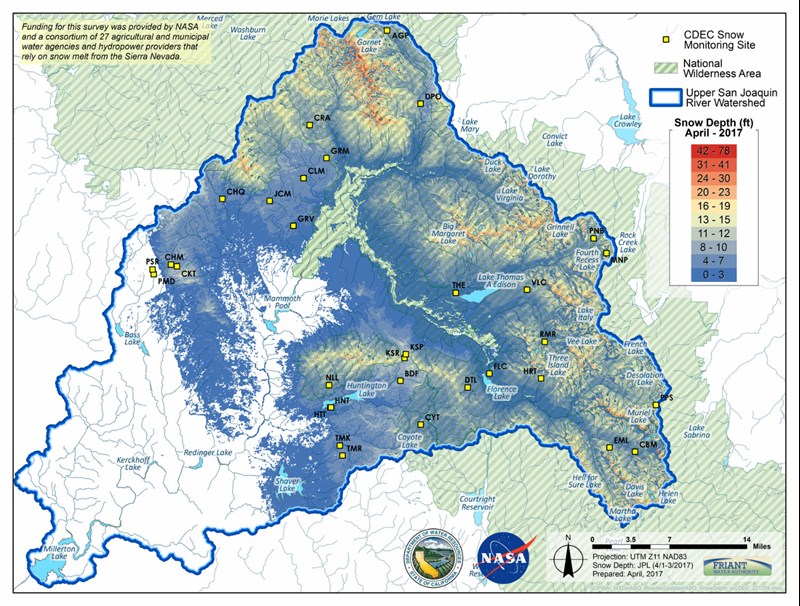 Tom Painter is the NASA scientist who came up with the idea for the Airborne Snow Observatory, and Gehrke worked with him since the project’s onset.

“He speaks the language that we propeller-heads don’t necessarily speak,” Painter said of Gehrke.

Painter says keeping Gehrke part of the project, which they visualize taking statewide, is important. “The hard part is just going to be finding him wherever he is in retirement,” he added.

But retiring and letting go isn’t in Gehrke’s DNA. The project is like his kid. “We’ve had the birth, we’ve gone through grade school and now we’re probably in junior high school,” is how Gehrke described the project. “There’s a lot of development that needs to go forward to make it an overall success.”

That’s why he’s staying involved — which he says his wife isn’t too happy about.