There’s a reason California has been called the land of extremes. After a record-setting drought, northern California has set an all-time wet weather record. An eight-station precipitation index in the Northern Sierra Nevada mountains shows almost 90 inches of rain and snow has fallen since October 1st.

“This year has been as wet as we have been since we’ve been keeping track of this particular index, which goes back to water year 1921,” says Mike Anderson, the state climatologist with the Department of Water Resources.

The previous record of 88.5 inches was set during the winter of 1982-83. Anderson says climate change will bring more extremes. 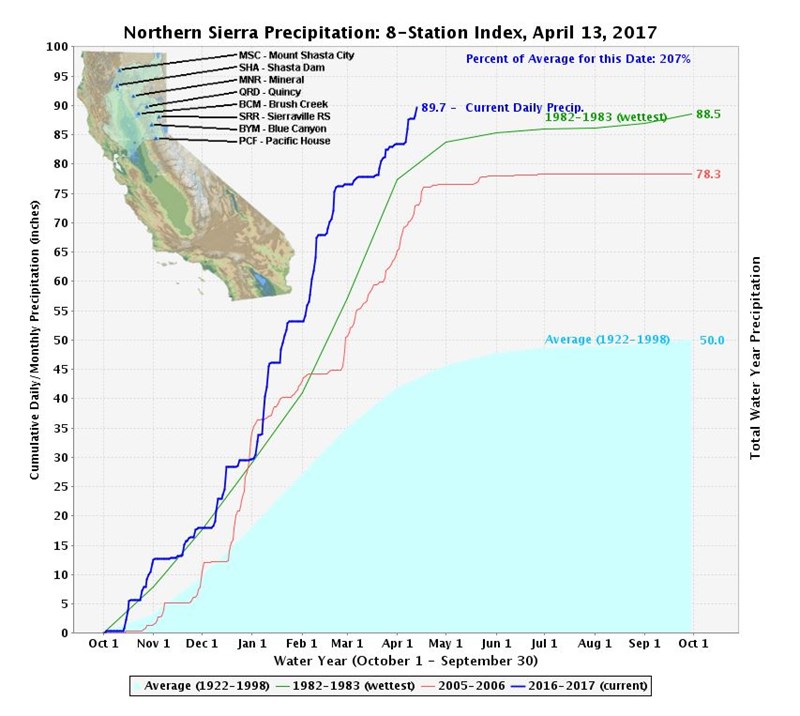 “The narrative has been more extremes more kind of punctuated wet periods separated by dry spells and so it certainly is fitting that narrative and the expectation would be this is what we would see on into the future,” says Anderson.

Anderson says it’s the first time the state has had back to back months with over 20 inches of rain. That happened in January and February.

The record was surpassed less than a week after Gov. Jerry Brown officially declared an end to California's drought emergency. More snow and rain is likely to pad the record before the wet season ends.