Can coffee and muffins help Sacramento's homeless drug addicts get off the streets and stay clean and sober? A local non-profit says yes.

Hundreds of people drive by the TurnAround Coffee House on 7th Street every day. Many have no idea it's even there. Even fewer people know why it's there.

The TurnAround Coffee House has three goals: provide food and drinks to its customers, offer job skills and life skills to the volunteers who work there, and use any profits from the business to fund housing for homeless, recovering drug addicts. 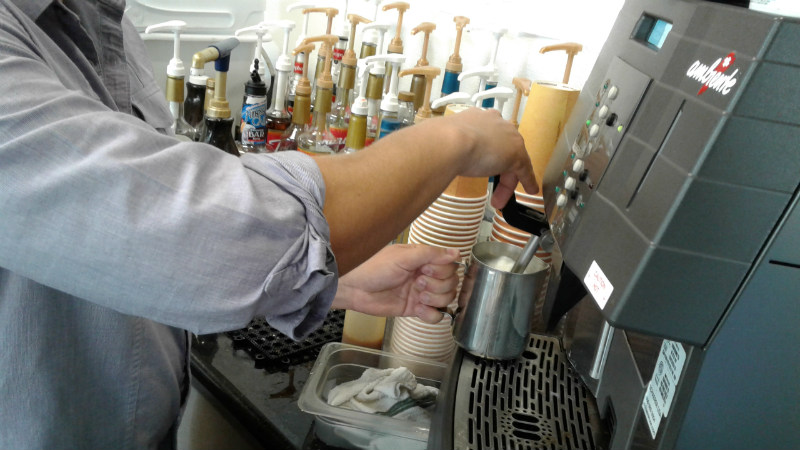 On this day, Jessica Chapple is working the counter. A short time ago, she was living next door to the coffee house in the Sacramento County Jail.

"Well, 90 days ago, I was an addict on drugs and I went to jail," says Chapple. "Growing up, I've been on my own since I was 11 years old. My parents are both drug addicts. So, unfortunately I grew up very early."

When she got out, she entered Clean & Sober Homeless Recovery Communities — a non-profit with 10 town homes and 65 beds for homeless addicts. Chapple can stay there for as long as she wants until she's ready to re-enter society. In exchange for room, board, counseling and job training, she volunteers at TurnAround. 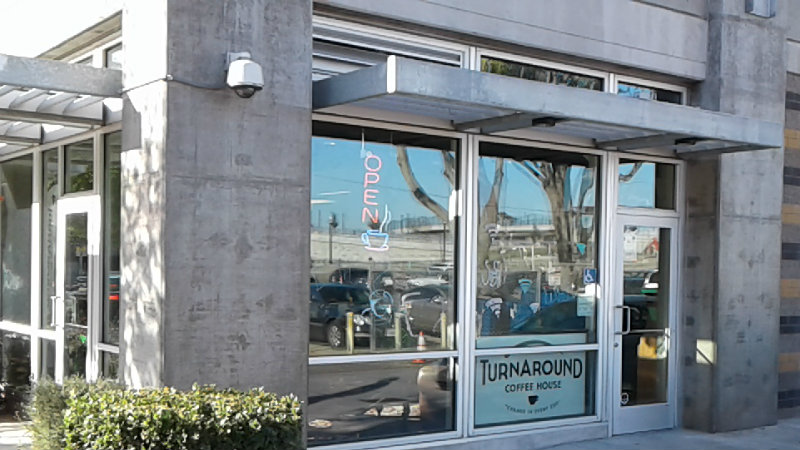 She's grateful for how the program has helped turn her life around.

She plans to attend culinary school, open her own business and, in turn, send a good chunk of her profits to Clean and Sober HRC.

Much of what she's learned has come from Crystal Urech — manager and a graduate of the program.

"I grew up living in abandoned houses and in cars and actually digging in dumpsters to feed my little brother as a child and through that I got an addiction because it helps you stay awake and I was like when I was a teenager, I was scared to go to sleep because I was afraid I would get raped so I ended up using methamphetamine and it became a really bad habit. It destroyed a lot of my life," Urech says.

Urech had never managed a restaurant, but she had experience as a waitress. After she completed her stay in the program, the non-profit hired her to open and run the coffee house. 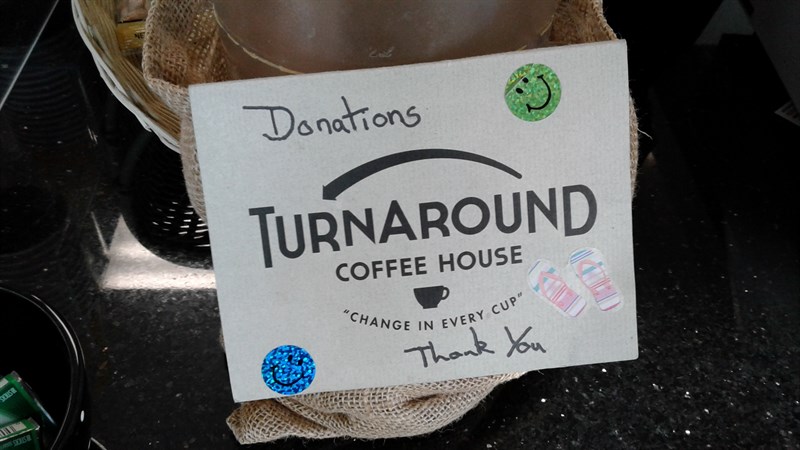 As the volunteers at the TurnAround Coffee House work for free, the donations bucket goes to the non-profit Clean and Sober Homeless Recovery Communities. Bob Moffitt / Capital Public Radio

Word of the coffee house and its goals seem to be spreading, albeit slowly. 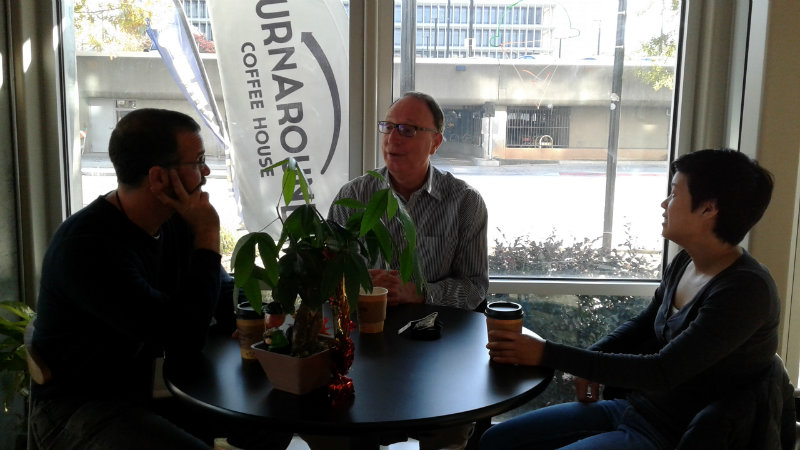 Jason Hernandez has been working nearby on the new G Street extension.

"I've been in here quite a bit over the last few months," says Hernandez. "It's actually pretty cool to see a lot of people coming in and out of here and it's nice to see. It's nice to know that when I spend my money, it goes somewhere in the community instead of walking down to Starbucks and then it goes somewhere else."

About 75 percent of the people who enter the Clean and Sober HRC program are there at least 90 days. The program takes no federal money and allows people back into the program if they relapse. It accepts only what a person can afford to pay - which, often, is nothing.

About 80 percent of volunteers at the coffee house go on to find employment.