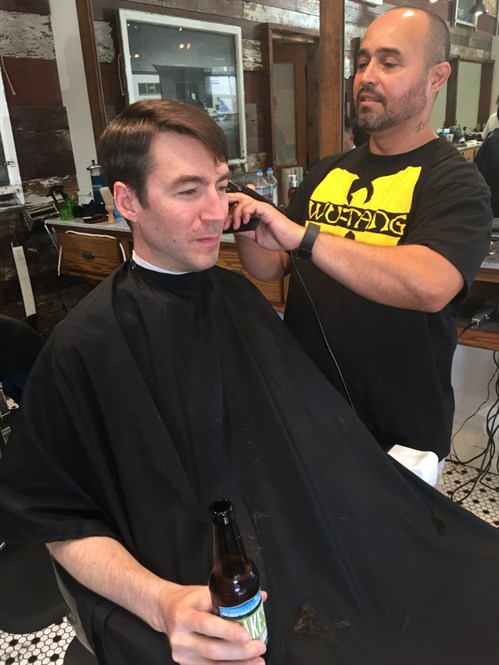 California salons and barbershops wouldn’t need a license to serve beer or wine, under a bill now on Governor Jerry Brown’s desk — though they wouldn’t be able to charge extra. Brown has until the end of the month to sign or veto the measure.

Some barbershops and salons say a free drink is a nice perk for relaxing customers.
At a hip barbershop in Oakland, Matthew Rechs sips a cold beer while getting his hair cut after work.

"They asked me hey, you want a beer, and I thought it was like an upsell, so I’m like no, I’m good," says Rechs. "And then I looked around and everyone was drinking beers, and I was like, wait, are those beers free?"

They were. The owner asked me not to name the place, because he doesn’t want to get in trouble.

Rechs eventually says he would take one.

Bruce Lee Livingston, with the group Alcohol Justice, opposes the bill on Governor Brown’s desk that would legalize this kind of drinking. He says it would vastly increase the number of businesses that can serve booze without permits.

"This is ridiculous, it’s giving up on regulation," says Livingston. "It will have effects on public health, public safety, the amount of inebriation, the amount of drunk driving in California."

The bill faced relatively little opposition in the legislature.