In the Sierra foothills above Fresno, the community of Prather is hosting a forum for county council candidates. It’s in the cafeteria of the local elementary school, where a banner on the wall reads a bit like a political slogan — Every Day, In Every Way, We Get Better.

As people wander in, Jim Cox talks to one of the candidates about what it’s like to be disabled in a rural mountainous region.

“In spite of the fact we’re in the mountains, it’s actually pretty accessible and we actually get out a lot,” Cox tells the candidate. “And you’ll find us doing an amazing number of things.”

But Cox says there are issues with the great outdoors — duck hunting, for one. On the one hand, the county has done a good job making duck hunting blinds accessible. But actually getting to those duck blinds can be a challenge.

By law, polling places must provide an accessible voting machine. But if there’s just one and it breaks down, it takes time to fix it.

“Some of the duck blinds, you know, you have the wheelchair accessible blinds and yet the roads to those blinds are blocked off,” says Cox. “How am I supposed to get there if I can’t push my wheelchair there?”

Sometimes the dirt roads are closed off with a gate, he says — and if you have mobility issues, you can’t just get out and open it.

Almost 40 years ago, Cox broke his back in a car accident. He was partially paralyzed, and eventually his right leg had to be amputated. He wears a prosthetic and sometimes uses a wheelchair, especially if he’s in Sacramento engaging politicians.

“So they have an idea that we’re out here and we’re not just a forgotten community,” Cox says. “Believe it or not, there are people who would push people who are disabled into the closet and lock the door.”

California doesn’t have specific voter statistics for people with disabilities. However, a recent study from Rutgers University found that voter registration nationwide is about 2.3 percent lower for the disabled. But the big gap is in voter turnout – about 6 percent lower than for people without disabilities. Advocates like Cox say there are lots of reasons for this — apathy, feeling left out of the conversation, physical barriers.

“Sometimes it’s the issue of the voting machines themselves,” says Cox, who volunteers with Resources for Independence Central Valley.

By law, polling places must provide an accessible voting machine. But if there’s just one and it breaks down, it takes time to fix it.

Ands sometimes poll workers view the machines as burdensome, as something they have to provide versus something everyone can use.

“Most people around California think the machine is there for someone in a wheelchair,” says Ted Jackson, director of community organizing for the California Foundation for Independent Living Centers. “Not for someone who is aging, or has poor vision, or uses a walker.”

“In California, there’s a lot of stigma in institutionalized ableism around that machine,” he says. “Poll workers are afraid to suggest it and quite frankly, from having dealt with a lot of our county elections officials, I think a lot of them have a little stigma about that machine. too.”

Jackson says L.A. County is doing it right by designing a one-size-fits-all voting machine for everyone. People shouldn’t have to cast their ballots in different ways, he says.

Still, it’s not just about the polling place.

“Just because you build the house and send out invitations doesn’t mean people are coming to the (housewarming) party,” Jackson says. “You’ve got to go out and get them and bring them in.”

And that’s what hundreds of volunteers statewide will do this election season — driving people to the polls, doing outreach at festivals and fairs, staffing phone banks.

It’s a grass-roots effort among nine independent living centers from Eureka to San Diego, and each center has its own localized plan. In Fresno, volunteers will go door to door.

“When it comes to having a volunteer force that’s disabled, there are barriers to mobility in walking up to someone’s house. What’s interesting about Fresno and the area near the independent living center is there are these nice little postwar homes level and flat to the street,” Jackson says.

Jim Cox is part of that Fresno effort. And tonight, at the community forum in the Sierra foothills, he’s not only bringing up accessibility issues with potential candidates. He and his wife, Becky, are asking voters to make a promise.

“Are you planning on voting?” Becky asks a father who is here with his kids.

“And if you would, sign that pledge,” she asks.

“Pledging for what?” he asks.

“We’re also hoping that you keep in mind people who have disabilities,” Becky says.

After all, a strong voting bloc includes those who are sympathetic to the cause, family members and friends who know someone with a disability.

Ted Jackson says it won’t happen overnight, but in time the goal is to create a voting bloc along the same lines of other groups who have sometimes felt left out of the electoral process, like the LGBT community.

Copyright KQED 2016. Read more in this series and let us know your thoughts on Twitter using the hashtag #CACounts. 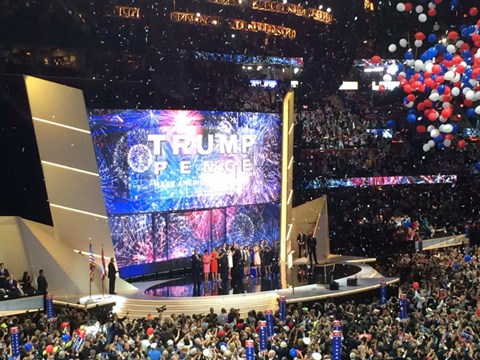 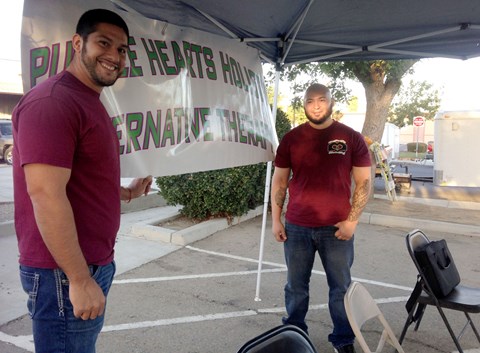 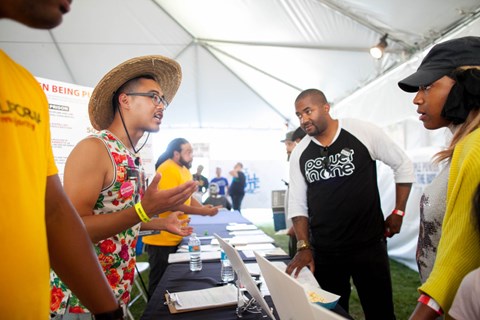