Water supplies have increased in California, thanks to recent winter storms.

Twenty-nine public agencies rely on the State Water Project. It serves about 25 million Californians and irrigates just under a million acres of farmland.

The California Department of Water Resources says it will increase water deliveries to meet 15-percent of requests, up from 10 percent in December.

Last year, the State Water Project was able to meet 20 percent of requests for water. 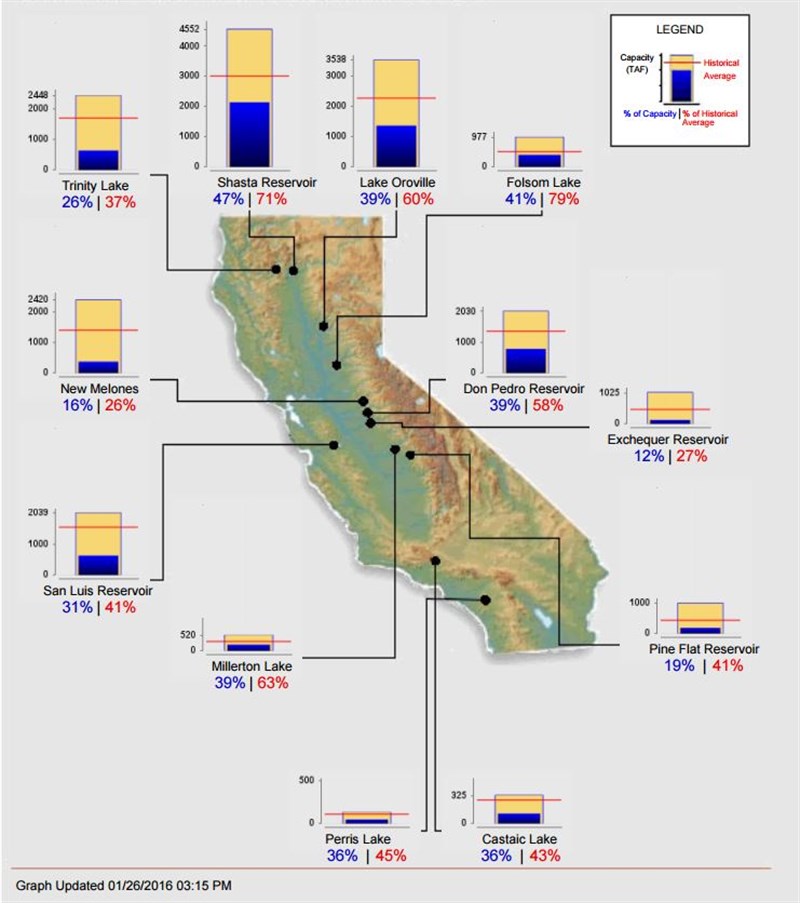 The last 100 percent allocation – difficult to achieve even in wet years largely because of Delta pumping restrictions to protect threatened and endangered fish species – was in 2006.  State Water Project allocations in recent years: