Listen
/
Update RequiredTo play audio, update browser or Flash plugin.
The University of California recently announced at the UN Climate Change Conference in Paris that it’s joining a coalition to invest in clean energy technologies to fight climate change.
Solar power is playing a key role toward that goal. UC Davis recently unveiled the largest solar power farm on a university campus in the nation.

When given directions to UC Davis’s new solar power plant, I was told, “You can’t miss it." That was a huge understatement. Row after row of ground-mounted solar panels stretch across the landscape almost as far as the eye can see. 62 acres of panels that track the sun.

I meet UC Davis Utilities Director David Phillips at the front gate of the solar farm to get a closer look.

“It really is amazing to think how big it is,”says Phillips. 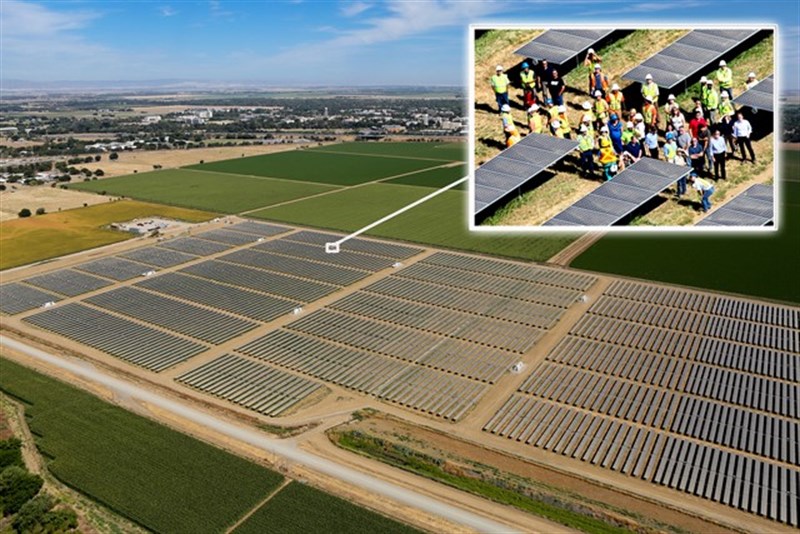 Phillips says aerial photos were taken recently with about 40 people involved in the project standing in the middle of the solar farm.

The solar farm was designed and built by SunPower, which owns and operates the system and sells the power to UC Davis. It can produce 16 megawatts of electricity. While that may sound like a lot, Phillips says it will provide just 14 percent of the electricity the campus needs every day.

"UC Davis uses a lot of electricity. We’re on the size of a small city so it really gives you an idea of how much energy that is when you see that it’s 62 acres and it’s still only 14 percent," says Phillips. "So it does provide an interesting scale for how much energy is used and how much effort it’s going to take to zero out the rest of that electricity." 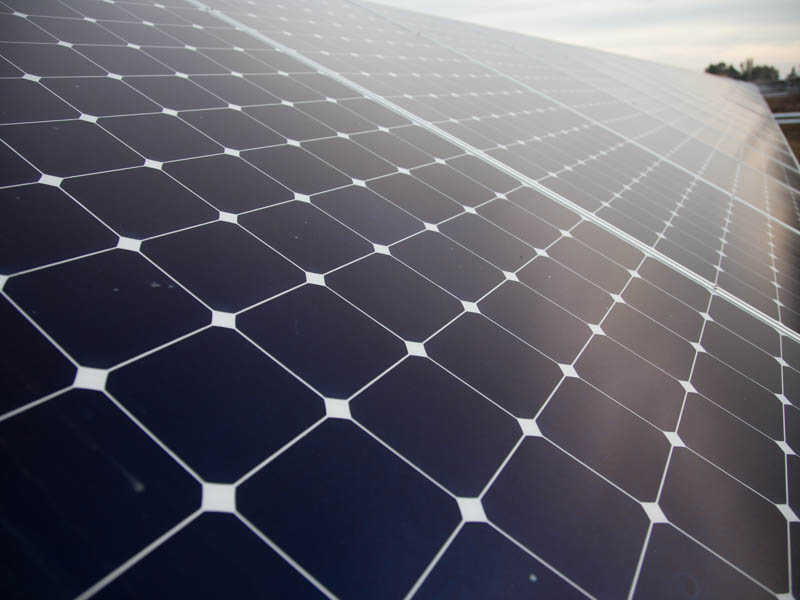 UC Davis and the entire UC System have made a commitment to reduce as much greenhouse gases as it produces by 2025. The carbon neutrality goal will take even more than 62 acres of solar panels according to Camille Kirk, assistant director of sustainability at UC Davis. She's done the math to figure out how much greenhouse gases the university emits every year.

That’s about the same as the emissions from 44,000 cars driven for a year. It includes emissions from not just the Davis campus, but also the UC Davis Medical Center in Sacramento, and the Bodega Bay Marine Lab.

Kirk says the solar farm alone will reduce total emissions by about nine percent. The university is already generating five megawatts of existing renewable power from solar panels over parking spaces, on top of buildings, and in the West Village housing community.

“It has sensors to know when it gets to the end. When it does, it comes back," says Phillips. "It’s much quicker in terms of cleaning the panels and uses a lot less water than traditional methods.” 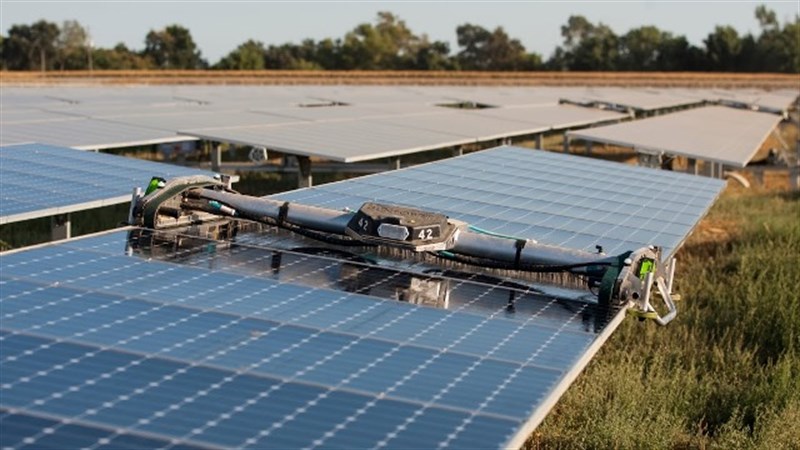 It uses about 75 percent less water than power washing, which is great in the drought.

But experts say more projects of this scale will be needed to reach carbon neutrality. The UC has plans to purchase more than 200-thousand megawatt hours per year of solar energy to supply campuses.

“It won’t be easy because no one has ever done it," says Wendall Brase, co-chair of the Global Climate Leadership Council for UC President Janet Napolitano and UC Irvine Vice Chancellor." But in California the public expects the University of California to prove that it’s possible to do things that people thought would be almost impossible.”

You can check out the UC Davis solar farm just south of Interstate 80. You can’t miss it. 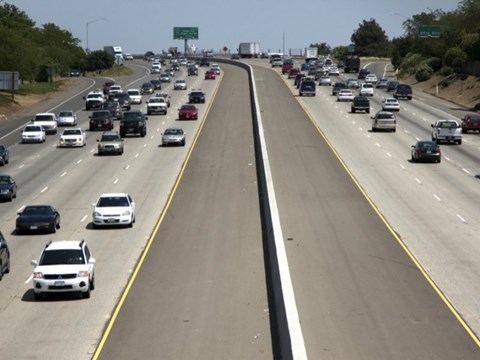