Michigan-based Denali put together the free ice cream event and donated $1 to the Sacramento chapter of the Salvation Army for every scoop served. The challenge was to serve 10,000 scoops to raise $10,000. Mission accomplished.

Raley's Supermarket donated the ice cream and volunteers from the Salvation Army worked the booths.

"It's a hard job," said Matt Jackson, a spokesman for Denali. "Your elbow starts to hurt after a while."

Jackson said as a company Denali is always looking for excuses to celebrate ice cream and make a difference in a community. The partnership with Raley's made that possible. 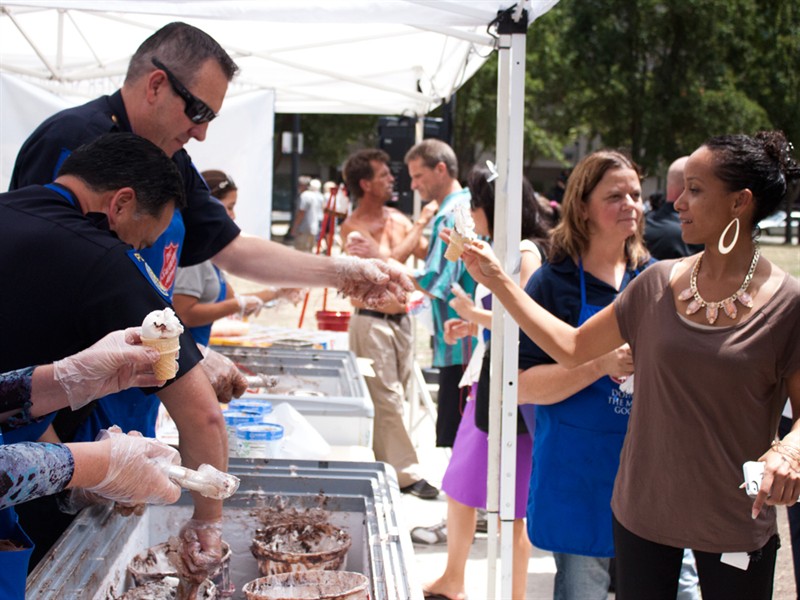 Holly Singleteary took a break from her job to pick up a free scoop of ice cream. "I totally support the Salvation Army," she said. "My son plays basketball there all the time." 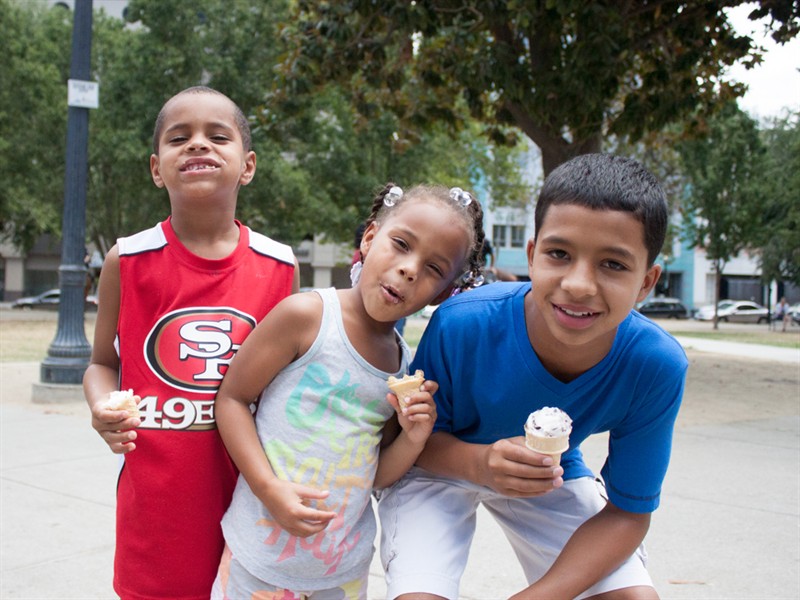 Left to right, Le Anthony Smith (6) and La' Kayla Smith (4) and Elijah Spain (11) also came out to pick up some free ice cream. They all agreed it was delicious. 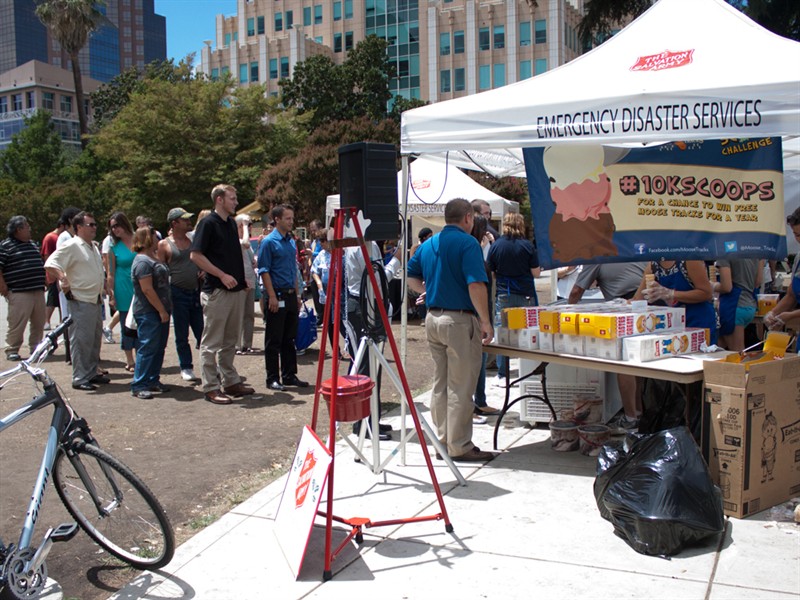 People lined up to receive a sweet treat on a warm and humid summer day. The Salvation Army accepted donations and received $1 for each scoop served. People were encouraged to come back for seconds and thirds. 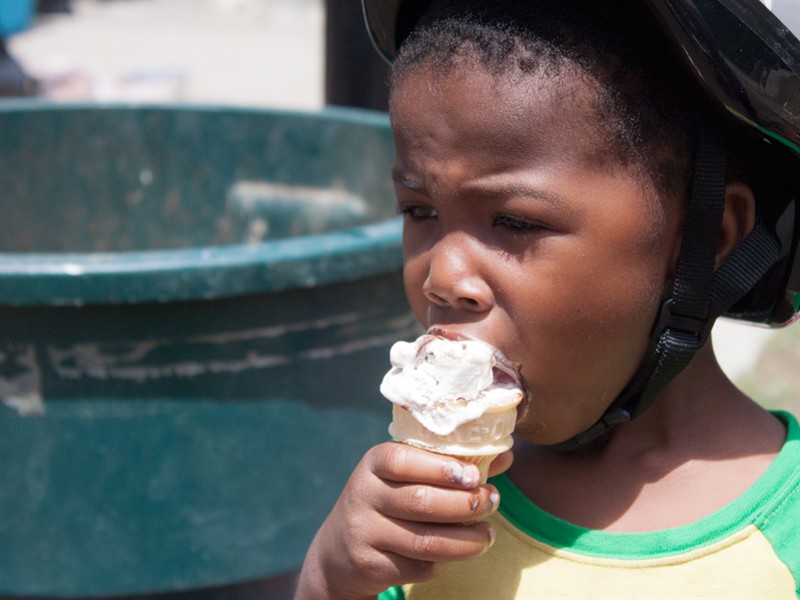 Three-year-old Marcus Brooks rode his bike with his family to pick up some ice cream.

@Melody_Stone we sure did! Thanks for helping. Ain't delicious philanthropy the best?!