Atkins To Be Sworn In As Assembly Speaker

When Democratic Assemblywoman Toni Atkins is sworn in as Speaker she’ll become the first open lesbian to hold the position, the third woman and the first lawmaker from San Diego to head up the Assembly.

San Diego City Council President Todd Gloria, a fellow Democrat, succeeded Atkins on the council and calls her a friend. He says she is one of the nicest people he knows, but also a tough politician.

“The niceness doesn’t mean she’s a push over," he says. "When you think about passing a living wage in the city, inclusionary housing and some of the other issues she tackled as a council member and as the deputy mayor here, these are not small issues. These are significant policy accomplishments that have quite a bit opposition, but she got it done.”

San Diego Mayor Kevin Faulconer, a Republican, also worked with Atkins on the Council and supports her new role as Speaker.

“We didn’t always agree on all of the issues when we served together and we may not on issues that come up from time to time," he says. "But I always know that Toni and I can have a very, as I said, open conversation. And we were pushing very hard to make sure we were achieving results for the city. And on the vast majority of issues that Toni Atkins and I were working on when I was on the City Council, we agreed.”

The State Senate will also elect a new leader later this year. 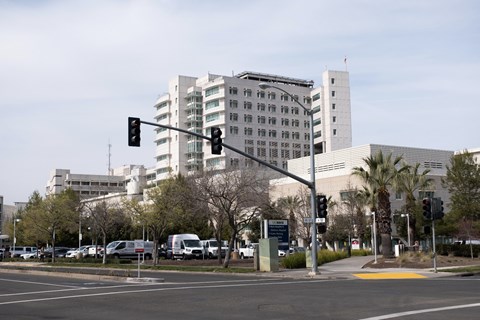