Though they sound like something from the future, "driverless cars" could be commercially available by decade's end.

Today, the DMV is hearing ideas on how to integrate the cars onto public roads. Questions range from data privacy and security - to whether a person will have to be in the driver's seat at all.

The DMV already has drafted rules governing how companies can test the technology. That was a reaction to the fact that Google had been testing on highways and in neighborhoods well before the Legislature decided to regulate. 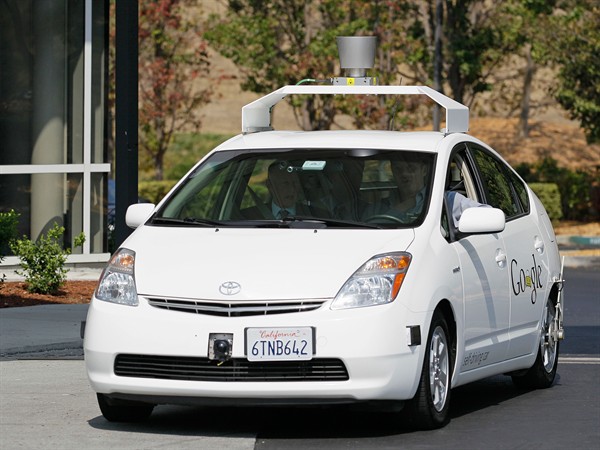 California Gov. Edmund G Brown Jr., front left, rides in a driverless car to a bill signing at Google headquarters in Mountain View, Calif., Tuesday, Sept. 25, 2012. The legislation will open the way for driverless cars in the state. Google, which has been developing autonomous car technology and lobbying for the legislation has a fleet of driverless cars that has logged more than 300,000 miles (482,780 kilometers) of self-driving on California roads. Eric Risberg / AP