But meteorologists caution that the drought is far from over.

Brooke Bingaman is a meteorologist with the National Weather Service. She says downtown Sacramento received nearly three inches of rain from the storm -- close to the normal February average.

"Before this storm hit, we were only 16 percent of normal, and as of yesterday, we had bumped up to 38 percent of normal," says Bingaman. "So it was a good storm, but as you can see, we're still well below normal."

Bingaman says Folsom Lake has risen 15 feet since Feburary 6th and there's another chance of rain later this week.

"One storm does not end a drought -- even if it's a good storm," Bingaman says. 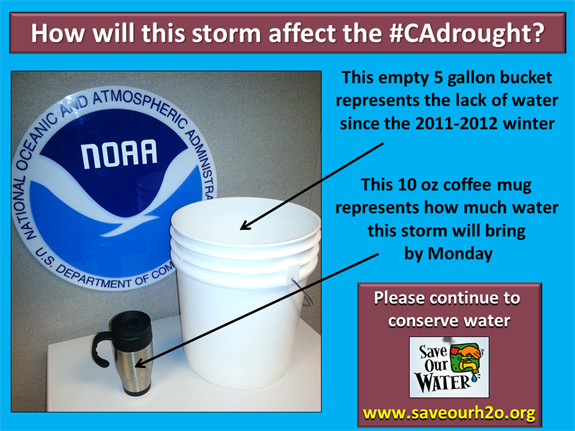 The totals are in! Here is a prelim look at estimated precipitation totals for #NorCal Wed - Mon. #CaWx #cadrought pic.twitter.com/rqzuD3Dr4n