No one likes to be taxed. For many small businesses, the added costs can be especially unwelcome.

“We just write checks out for the tax and we haven’t seen any of the benefits," says Jim Thompson, chief financial officer of Gold Standard Diagnostics. 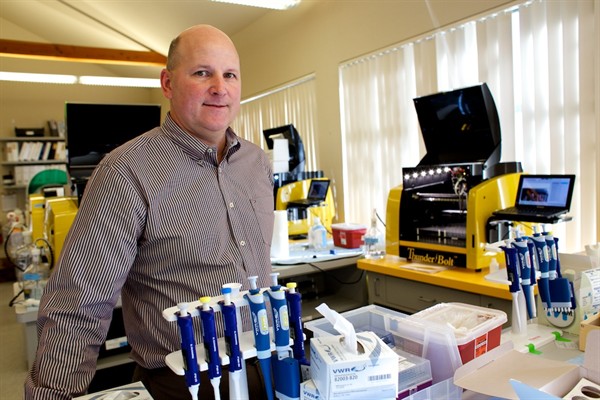 Jim Thompson is the CFO of Gold Standard Diagnostics.

The 40-employee company based in Davis makes kits that medical laboratory workers use to run tests. It also sells a machine that runs those diagnostics so people don’t have to.

Since the beginning of this year, the company has paid a 2.3 percent tax on most of its sales. 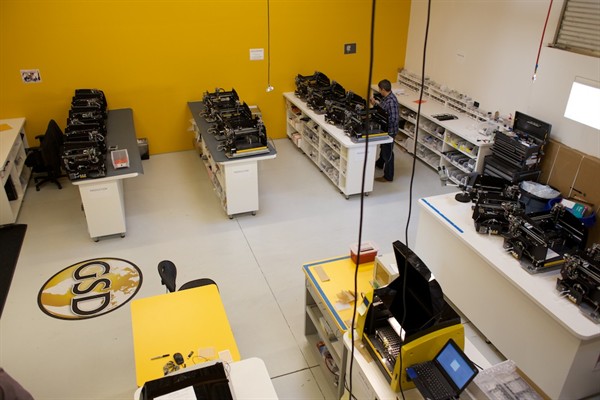 Thompson says the company has paid tens of thousands of dollars in federal taxes under the Affordable Care Act. For now, it has chosen not to pass the new cost onto consumers.
“So the direct impact for us is to hire less people, being able to fund less projects, do things that we would like to do that are more...innovative," says Thompson.
But he says Gold Standard is still planning for growth next year. The federal health law promises millions more insured people.

Thompson says it’s not clear how that will improve his bottom line.

“What you’re seeing right now is just a lot of uncertainty," he says. 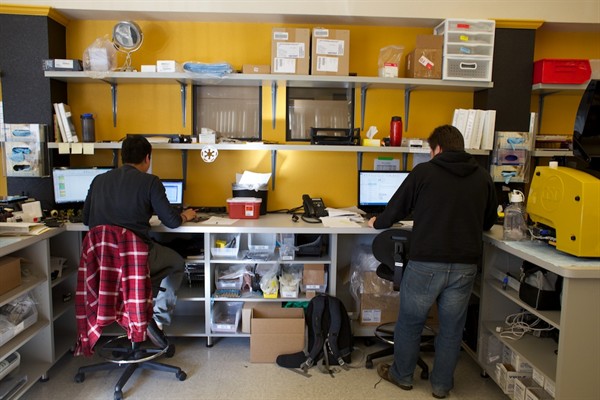 Gold Standard Diagnostics is based in Davis and employs 40 workers.

The tax the company pays helps finance health care under the new law. But Dylan Roby with the UCLA Center for Health Policy Research says the medical device industry is not the only one helping to pay for the law.

There’s will also be a fee on health insurers. Roby says the general idea is that industries that benefit from the new insured population will give something back.

Subsidies and tax credits under ACA:

-Health Insurance Premium Tax Credit – For individuals and families who purchase insurance through the exchange.

IRS list of tax provisions in the Affordable Care Act

“All of these groups, hospitals, device manufacturers, big pharma, they’re all going to incur new revenue and new customers because of the fact that 30 miliion are going to get insurance who didn't have insurance before," he says.

"So any losses that they’ll feel by paying fees or paying taxes into the system will be offset by the fact that they’re going to have new paying customers,” says Roby.

The device tax has repeatedly been a target for repeal in Congress. Some say it stifles innovation. Roby doesn’t believe the argument.

"It shouldn’t have any impact on innovation because where we’re sensitive to price, it tends to be in things that aren’t necessarily innovative where there’s lots of competition. But when a new, innovative product comes to market, it should be just as easy for the device manufacturer to retain the price they want to charge," Roby says. 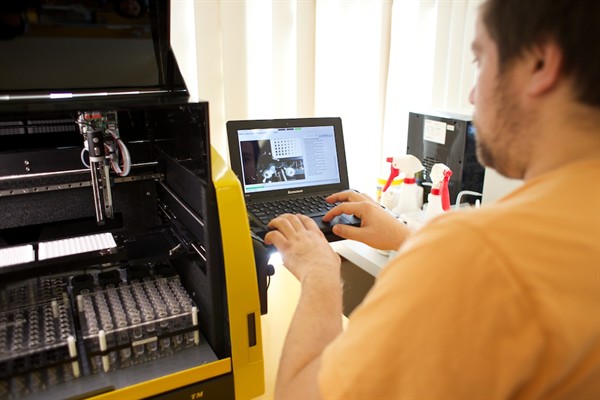 Gold Standard Diagnostics says it has paid tens of thousands of dollars under Obamacare.

Not all Sacramento area medical device companies agree the tax is a problem. Vikram Janardhan is CEO of Insera Therapeutics, a company that is developing a mechanism to help stroke patients.

“We’ve got a miniaturized device, the size of four strands of human hair, that goes in through the groin and grabs the clot and pulls it out safely so the patient can walk out through the front door of the hospital,” says Janardhan.

Janardhan’s company doesn’t pay any tax, because its product is still in development. He says device makers like him could work for seven to twelve years before their products go to market, and be subject to the tax. Janardhan says he hopes device makers look at the big picture.

“There are new consumers coming on board, the opportunity to sell your innovative technology for a bigger player that is committed to the space, and is thirsty for new innovative ideas, that hasn’t gone away," says Janardhan.

"Yes there are a lot of hurdles. But making a life-saving device takes some intenstinal fortitude,” he says.

He says that fortitude means a 2.3 percent tax won’t scare him away.

More on the Sacramento Region Medical Technology Industry and SARTA 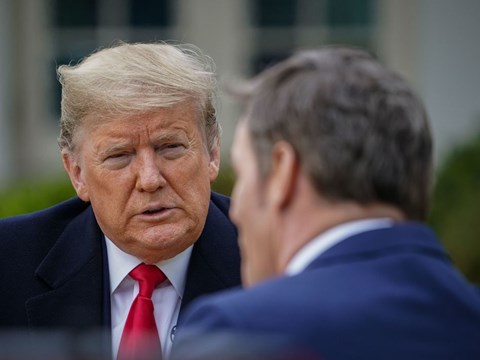