Before I set out to do this story, I’d only been to the Delta a few times. And when I had, it was just a scenic drive from Sacramento down Highway 160, which parallels the Sacramento River. Turns out, that’s not the ideal way to get to know the Delta.

Giusti's is a restaurant you won’t find if you drive down 160. It’s cleverly tucked away on the northfork of the Mokelumne River in Walnut Grove, which is like Mayberry if you’ve never been. Giusti's has been here since 1910.

“This is the oldest continuous family run business within about 150 miles and we have the oldest liquor license in Sacramento County," says Mark Morais, 3rd generation owner. "It’s kind of a destination point if you’re coming to the Delta.”

Behind the bar is Mark Rogerson. He introduced himself as Mark 2, as in also. He’s been working here for 38 years.

“Oh the Delta is a great place," says Rogerson. "It’s kind of a secret, I don’t know if I should tell you this. You can leave your car unlocked, you can walk around the block without locking your house.” 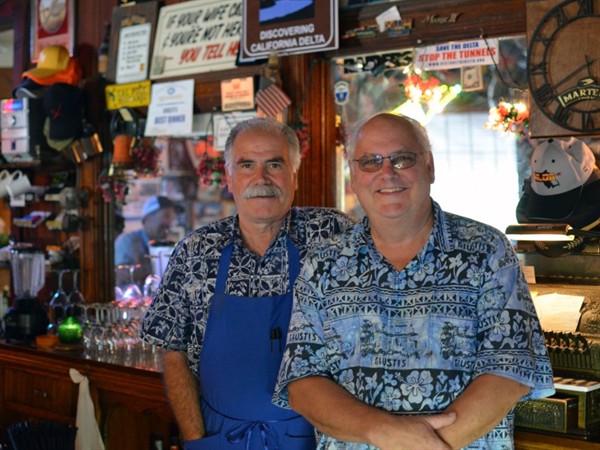 Also at the bar is Jeff Silveira. He comes here at least twice a week for lunch.

“You drive by people in the morning whether you know them or not you wave 'good morning.' That’s how it is in the Delta,” says Silveira.

But Silveira, like most people who live or work in the Delta, fear their way of life would change for the worse because of the Bay Delta Conservation Plan.

“It will put me directly out of business,” says Silveira who farms along the river from West Sacramento to Rio Vista.

The plan proposes three intakes along the Sacramento River. Building the two 30-mile long 40 foot diameter tunnels would affect 81 structures and temporarily or permanently affect more than 5500 acres of private land. And it will take years.

“I won’t be able to move machinery up and down the river any longer.  All the hay we do on that side of the river will be gone,” says Silveira. 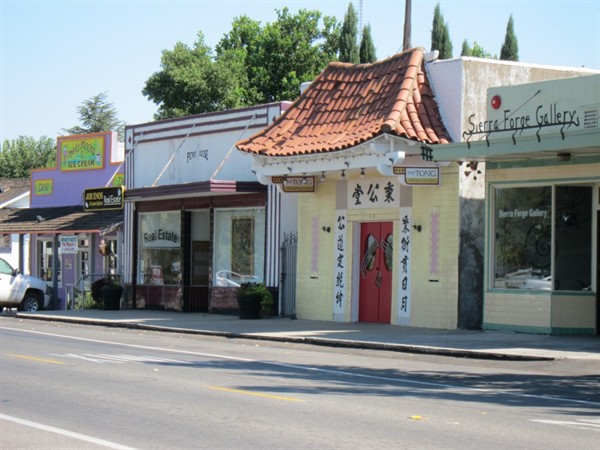 Down the road from Giusti's in the middle of downtown Walnut Grove, Joe Enos sells real estate. When asked about the tunnels, he puts it pretty bluntly.

”They scare the hell out of people," he says. "It effects the real estate market. I can’t sell anything with land, no one wants to buy.”

You don’t have to go very far or stay very long in the Delta to hear similar sentiment.

Ron Grimes has lived in the Delta for more than 10 years.

"I’m absolutely opposed to the tunnels,” he says. Grimes sits on a friend’s houseboat at the Spindrift Marina in Isleton. He lives on a boat and restores old ones.

“The waterways are beautiful, this stretch of the river here, of the San Joaquin is beautiful," says Grimes. "Living on the river and being able to get in your little boat and go putting around, knocking around. It’s great recreation. It’s a lot of fun. It’s a great way to be retired.”

He and friend Jackie Kalmar fear the tunnels would take too much water out of the Sacramento River.

“We haven’t seen any specific figures," says Kalmar. She has a lot of questions. "How much water is it going to take out of the Delta? What kind of effect is that going to have on all these animals and birds that live here? What is it going to do to the fishing industry? And it is an industry, it brings lots of business,” says Kalmar. 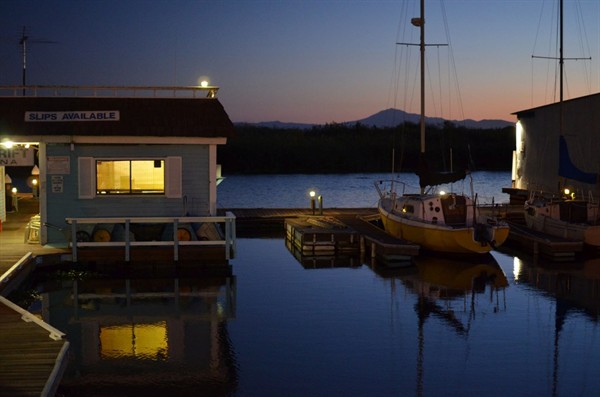 Standing in the way of the huge tunnel project is Doug Hemly. Actually, his house stands in the way.

"The preliminary final map... has the south end of the southern outtake ending between here and our packing facility. So it will take the house," says Hemly. 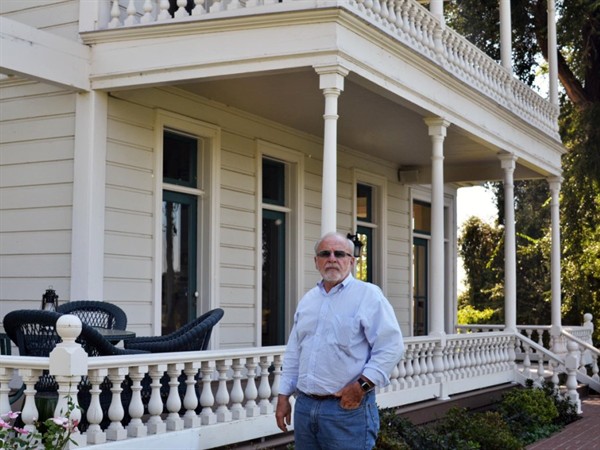 (Doug Hemly stands in front of his Courtland home that his great-great-grandfather built. Photo By Amy Quinton)

The Courtland pear and apple farmer stands in the front yard of his house, built by his great great grandfather, well over 100 years ago. California's Department of Water Resources has maps showing his house is not in danger, but his property would be affected. Hemly talked for more than an hour about the project, and how it would affect orchards they’ve farmed for 40 years.

“Who’s going to drive down into a construction zone and have to fight all the trucks moving around? Why are my customers going to reroute their trucks when they have alternatives if they can’t get in and out?”

People who live here have questions that they say the California Department of Water Resources is not answering. Hemly suggests that maybe it can’t.

"I think one of the pristine iconic historic California regions and communities have a grave threat hanging over our heads," says Hemly. "What the consequences and ultimate end of this, I don’t think anybody can see.

The rivers, waterways, and farms may define the Delta. But so do its people. No one – not even supporters of the tunnels – deny that they’ll be affected the most.