City of Sacramento inspectors have been at two hotels every day during this current heat wave.  The inspections are intended to ensure the people who live in those hotels have access to air conditioning.

At the Congress Hotel near 12th and I streets, Jason Peay is sitting in his bathrobe in the cooling room at the end of the hall on the second floor.

“I know it’s a lot of other places that they put the air conditioners in the rooms, but, as long as there’s someplace to go cool, you know what I mean?" Jason asked.  "It’s not really a bother, but it would be more better if we had air conditioning."

One cooling room per floor became mandatory after the 2006 heat wave killed about a dozen people who lived in single occupancy rooms without  air conditioning.

At the Marshall Hotel on 7th and L streets, the management would not allow us to see the cooling rooms.  Rick Byrd is a handicapped tenant.  He says the cockroaches are terrible, but his floor does have one room with an air conditioner.

“The air conditioner’s on.  Some of the rooms…mine ain’t got air conditioning and I’m hot. I leave early in the morning.  I come back later in the evening when it cools down.”

Ron O’Connor is with the Community Development Department.  He says the Marshall Hotel has at least one working air conditioner in a common area on each floor.

“They keep em going," explains O'Connor. "We don’t catch em not running any longer, you know.  The first couple of years when they weren’t ready for it, they didn’t have the air conditioners in.  We had to…entice them to get it done.  But, now, we come by and it’s always running." 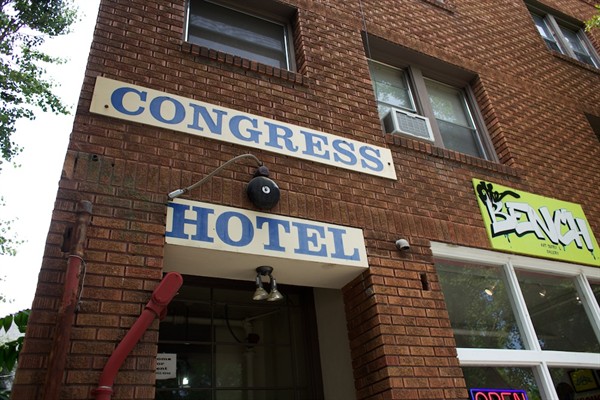 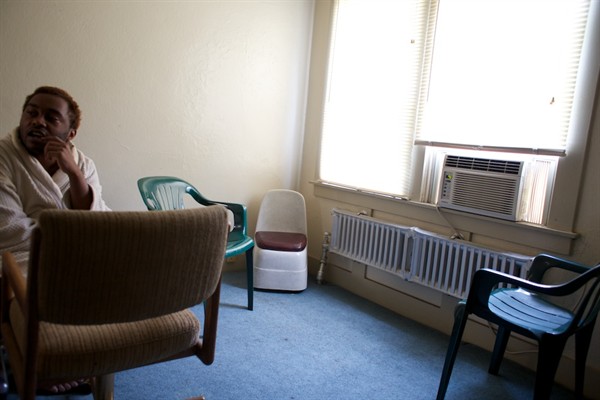