Carbon Farming in the Delta

Agriculture in the Sacramento-San Joaquin Delta has flourished thanks to rich organic soils. But after more than a hundred years of farming, those soils are eroding, and the interiors of many Delta islands are sinking.  California may have a solution that would not only help farmers, but could combat climate change.

Twitchell Island lies in the middle of the Sacramento-San Joaquin Delta. And it’s in trouble. Some inland areas are 25 feet below sea level. Levees prevent the waters of the San Joaquin River from rushing in. But at that low elevation, water still manages to seep through the soil.

James Casey says that makes farming on Twitchell Island difficult.  “Some of this land becomes so hard to farm because of the water issues," says Casey. "It’s too much to pump the water out. There’s a cost right there with the district for pumping the water out, we have problems that we have to deepen ditches and it gets so wet out there that you can’t really farm it.” 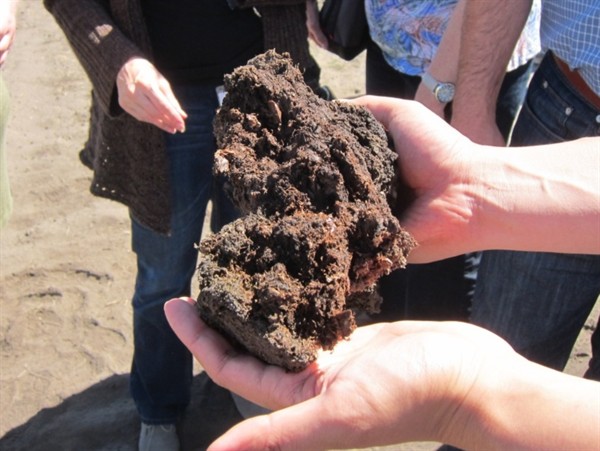 Peat-rich soil has been beneficial for farmers, but causes subsidence

Tractors have been known to sink into the peat-rich soil. It’s a soil that’s great for crops, but highly susceptible to subsidence, a massive drop in elevation that’s occurring on many of the Delta’s islands. The further the land drops, the more difficult it becomes to farm, and the more at risk it is to a levee breach and flooding. 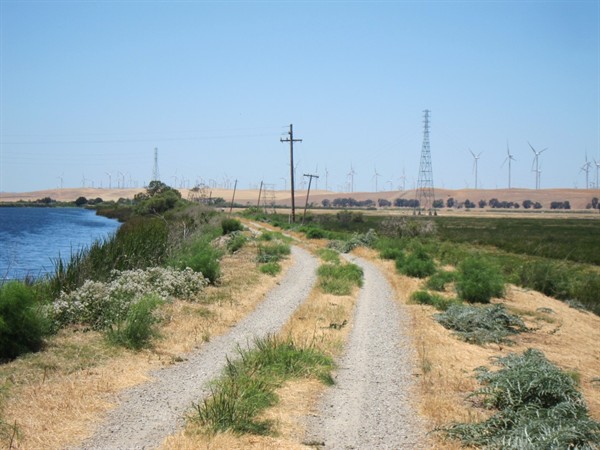 The peat also emits carbon dioxide, a greenhouse gas. But there’s a way to capture those emissions and prevent subsidence at the same time. Farmers can grow wetlands.

“The wetland is a carbon sink and the Delta peat lands are a carbon source a greenhouse gas source,” says Bryan Brock, an engineer with the California Department of Water Resources.

He’s standing in front of two fields. On the left is a restored wetland where tall grasses called tules grow in abundance.

“To the right of us we’ve got one of the deepest holes on Twitchell Island the elevation is negative 22 feet below sea level,” says Brock.

In 1997, the fields were the same height. Now the flooded tule field is 12 feet higher. Brock says the experiment proves that Tules can reverse subsidence. 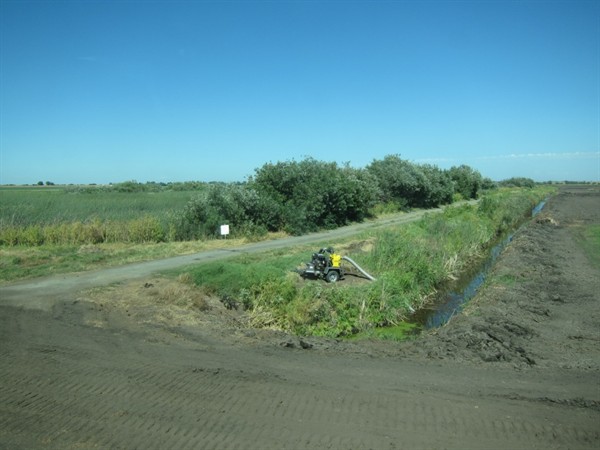 To the left of the road is a restored wetland with tules, the right is an open field. There is about a 12 foot difference in height.

Flooding soils stop microbes from breaking down carbon in the peat and sending it up into the atmosphere. Tules also suck up carbon in the air.

That carbon storage could create a potential market. “We’re hoping to prove the numeric values of that which will allow us to sell carbon credits," says Brock. He says it would allow farmers to take their lands that aren't quite fit for farming and and begin "carbon farming."

Farmers could sell credits to businesses trying to reduce their carbon footprint in California’s cap and trade system.

Getting farmers to grow Tules might be difficult, but rice farming shows similar potential for sequestering carbon.

"Last year the rice got in late, there was a short growing season there wasn’t much photosynthesis there was weeds galore and essentially that whole system actually lost carbon to the atmosphere," he says. "This year it looks beautiful. I’m really impressed it looks the best ever.” 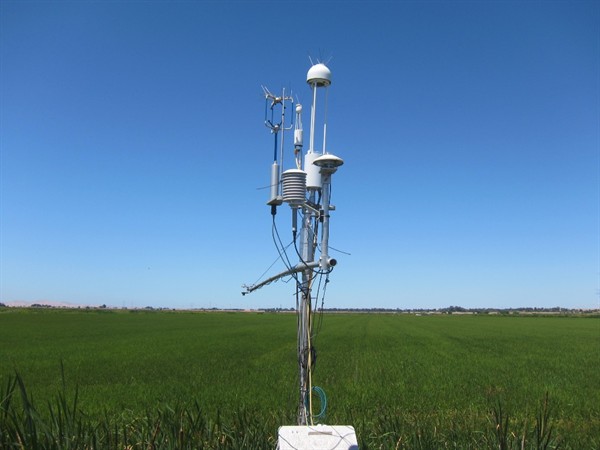 Instruments used to measure carbon flux, the exchange of gases between vegetation and the atmosphere.

Early estimates show growing tules or rice could remove 7 to 20 metric tons of greenhouse gas per acre per year. But researchers stress the numbers are very preliminary.

James Casey says if he can farm crops and sequester carbon, it’s a win-win for him, even if it might be difficult.

"I think if you manage it right there’s a way to do both," he says. "I’m hoping that we can leave this land a little bit better than when we got it, at least our generation. I don’t want my kids to have to deal with it, and if that means build the soil some other way, tules, then if that’s the answer, I would say do it.”

Dennis Baldocchi says there is another crucial reason for this project to succeed at reversing subsidence.

If the levees break, the resulting flood would shut down the state’s water project.

“This is my concern, we’re the seventh or eighth largest economy in the world," he says. "This little little set of islands, if they burst, we’re going to essentially shut down water for 20 million people and shut down this great huge economy.”

By 2017, the Department of Water Resources plans to restore about 4,000 acres of wetlands as a test for carbon farming.