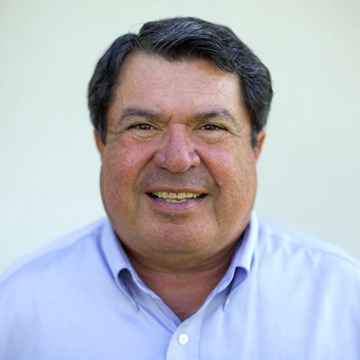 Rich Ibarra calls Sacramento and Stockton both his hometown.  Akin to a Tale of Two Cities, Rich was born in Stockton but raised in Sacramento.

After graduating from Hiram Johnson, Rich joined the U.S. Navy for four years as a Communications Technician and served in Vietnam in 1968-69.

Rich then attended Sacramento Community College and CSU Sacramento where he majored in History. At the same time, Rich started working for KXTV 10 as a studio camera operator and later started working on weekends as a general assignment reporter, the first Hispanic reporter on the air for KXTV.

Rich has the nickname of Mr. Mayor, the unofficial mayor of Stockton, by his colleagues because he is so well known in the area.

Rich is married to Deedee, and has a daughter and two grandchildren.