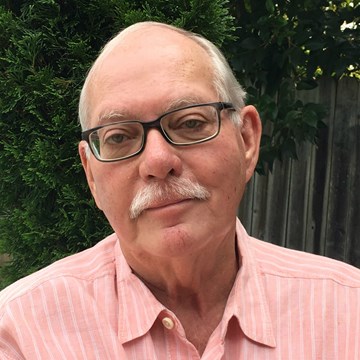 Allen Pierleoni grew up in Miami, where he checked out so many books at his middle- and high-school libraries that the librarians expressed concern to his teachers.

His first job out of the University of Florida was at the Miami Herald, as an editor and writer for its Sunday magazine, Tropic. There, he developed his interviewing skills, specializing in profiles of area authors and celebrities.

In later chapters, he continued his career at the San Jose Mercury News and the Sacramento Bee.

During his last 16 (of 30) years at the Bee, he curated the Sacramento Bee Book Club. That involved drafting nationally known, bestselling authors to appear for the BBC, interviewing them and writing subsequent print and online stories, and conducting conversations with them on stage in front of audiences of up to 1,200.

Now he's thrilled to have helped turn a concept into reality with Authors On Stage the third piece of the Cap Radio Reads triumvirate, and to help new friends move the plot along.