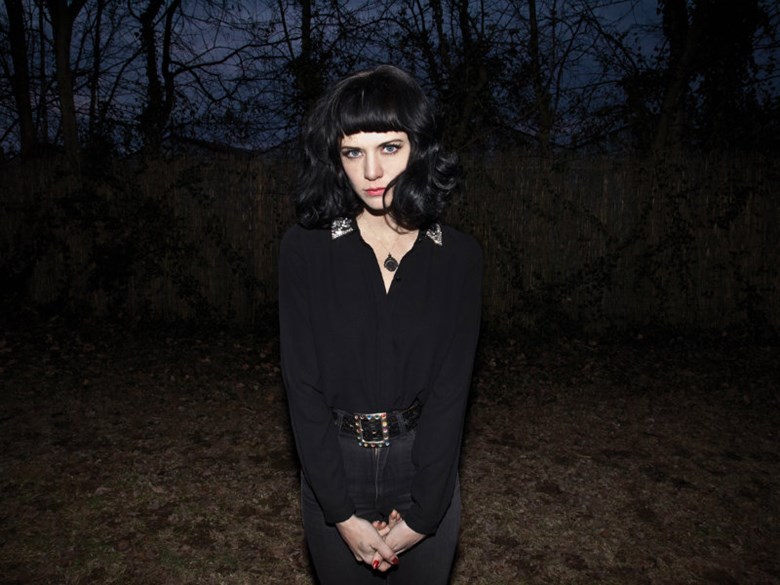 Nikki Lane talked with CapRadio Music about the art of the hustle and where she gets her motivation and work ethic.

Singer/songwriter Nikki Lane is too gritty for country-pop and too twangy for straight rock’n’ roll. That’s why she calls herself “the first lady of outlaw country.”

The South Carolina native lives with her two dogs, Tammy Faye Barker and Clyde Barker. She channels her vintage-country style into a clothing boutique, called High Class Hillbilly, in Nashville. When she’s touring she brings along items to sell at shows, and hits up flea markets to collect inventory.

It was at one of these flea markets she met Dan Auerbach of the Black Keys and subsequently convinced him to produce her second album, All or Nothin’.

Paste Magazine gave the album an 8.5 (out of ten) and praised Lane’s style and delivery, saying “Lane defies convention with ... over a dozen songs that read like Polaroids from a wild heart gone ragged.”

Lane is headlining her first national tour this year. She is coming to Sacramento on November 25 for a show at Harlow’s Night Club. She took some time to talk about her tour over the phone with CapRadio Music’s Melody Stone.

Melody: So you’re the self-described “First Lady of Outlaw Country,” I was wondering what “outlaw country” means to you?

Nikki: I just know that I’m not pop-country. I was Americana by definition, but rougher around the edges. So I was searching for my own term and there wasn’t one so I just stuck with something I felt comfortable with which was “outlaw country.”

Melody: Does “outlaw” just refer to the style of music or do you also try to break laws as you go?

Nikki: I don’t like to try to break the law. We just passed into Michigan through Canada and the border patrol looked at me directly in the eye and was like, “Have you ever had drugs?” and I was like “Absolutely not!”

We weren’t carrying any pot or anything over the border, we’re not idiots. Outlaw or not, you don’t want to spend the f**king night in jail.

It’s more my bad temper that reflects the [outlaw] spirit.

So this guy starts honking and acting like a fool and I straight up opened the van door and swung my body out of the van, shooting him as many birds as I could. He looked terrified.

We drive this all black rig with gold painted skull on the back, supposed to look like a pirate. You’re not supposed challenge me for trying to get on the highway.

Melody: You dropped out of high school to move to LA when you were 18. Did you ever end up going back to get your diploma?

Nikki: I got my GED because my mother asked me to. I got this plaque in the mail that said that I was in the top 5 percent all GED graduates in South Carolina. My mother was really proud of it and my grandfather basically tried to disown me because in his mind that meant that I could’ve graduated high school. Which I could’ve.

I wanted to prove I could do what I said I was going to do with or without a piece of paper. Obviously there are plenty of jobs that you need a proper education for, but to be a hustler you might as well get out there and start hustling.

Melody: When were you able to start making a living from music?

Nikki: I wouldn’t even call myself a singer until I pay my own rent. I quit my job and was living in Nashville and if you asked me what I was doing I said I had a thrift shop and I was a bartender and I was aspiring to be a musician, but I couldn’t eat off of that sh**.

I think it was a long haul for me especially the past year and a half at the beginning of the touring cycle I could barely afford to make payroll every week and I wasn’t paying myself and I was losing money. It’s only been in the last six months that it’s been a profitable business.

Melody: Where’d you get that perspective and work ethic?

Nikki: I think growing up with a single mother was a huge motivator. I knew that that’s what I didn’t want to be. Not that my mom wasn’t fabulous, but I saw her struggle. She understood that the harder you work that it benefitted her, but it never really got her ahead because she was raising two kids on her own.

Melody: You became a country musician after a breakup with a musician. Is that accurate?

Nikki: My ex-husband was a songwriter and the leader of a band. Shortly after he broke up with me, by finding himself a part-time lover on the road, I reacted by making a retaliation record.

Listen to Walk Of Shame on Spotify

I just thought that it would be funny to kind of get even. [Music] is my full-blown job now. I needed to be motivated. Most of my favorite songs are because I was furious. I guess it’s a good thing that he pushed me so far.

Melody: What’s your measure of success and do you feel like you’ve gotten there?

Nikki: I definitely feel like I’ve succeeded. [I’ve] gone from making two or three grand a month to paying seven or eight people that amount of money. It feels good.

As materialistic as it is... seeing my house build up with treasures is like a timeline of success for me. I am doing well enough now to buy a flatscreen TV, but also have souvenirs from all over the world from my travels. I get home and I look at it and say “this is all worth it."

Nikki: The growth. Watching people become first-timers, to second-timers, to full-blown fans. People getting your logo tattooed on them - as crazy as that is. It’s positive reinforcement.

The positive reinforcement especially on the headlining tour of going out and just seeing people be fully devoted to coming to see us and travel long distances.

That’s the fuel and keeps the show going. 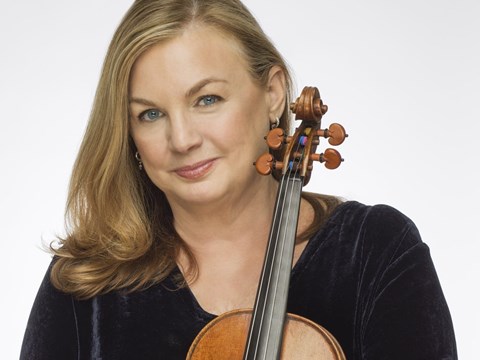