The supporters of a new arena in downtown Sacramento say the building will bring many benefits - including an increase in businesses and jobs. But before construction can begin, much of the Downtown Plaza mall will have to be demolished. The physical changes haven't begun yet, but the personal changes are already being felt.

The plans right now are for the eastern two-thirds of the Downtown Plaza mall to be torn down sometime this summer. Many of the businesses have already moved. Others are in their final days. 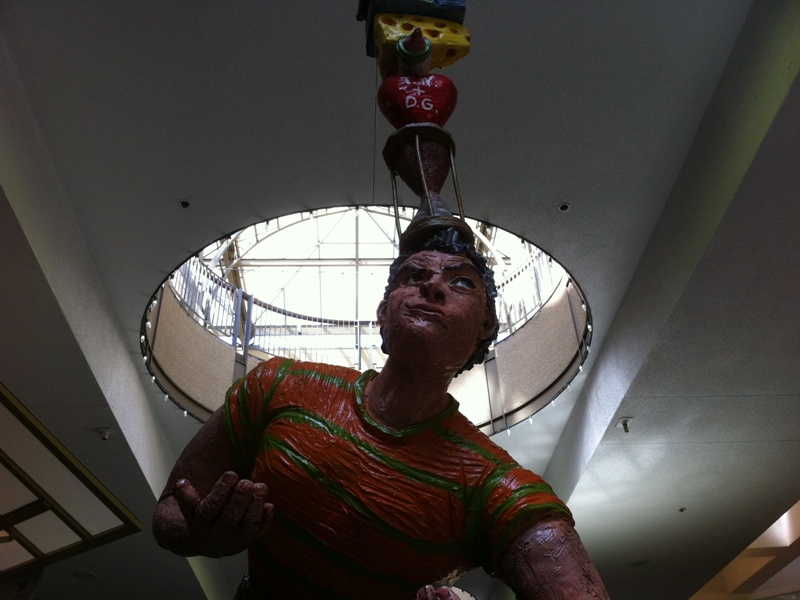 The future of several pieces of art is uncertain.  There have been talks with museums who may take the art and display it as part of Sacramento's history.

If you take an escalator up to the second floor of the Downtown Plaza, walk past two or three shoppers and hang a left, you'll find yourself in the sweet-smelling Body Shop. The store has lotions, soaps, and candles. Ashley Hall is the Assistant Manager. In five days she'll be unemployed.

The store is busy now, but Hall says that's what happens when you mark everything down 50-percent. She's been the assistant manager for two years. She says the last few months have been terrible."We are the lowest grossing store in our company in the United States. So, yeah, it's been really bad. So, from a business perspective, it's very good that we're closing, but on behalf of the employees and on behalf of the rest of the mall, it kinda sucks." 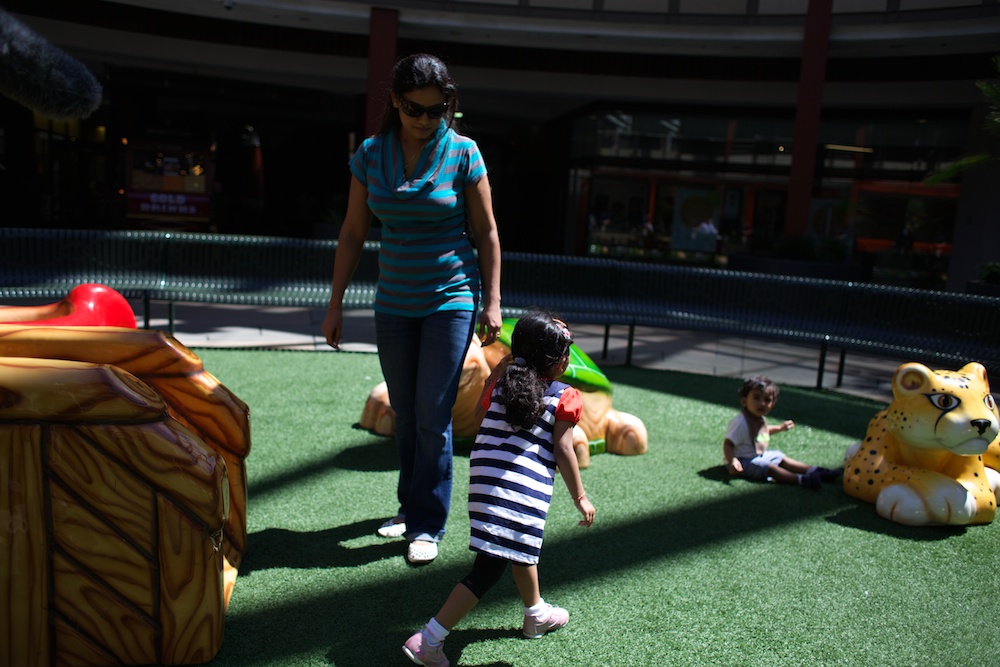 The children's area of the mall will also be closed at the end of April.

Downstairs, three businesses share a space known as "Flywheel." Marty DeAnda owns Medium Rare Records and Collectibles. He's packing orders and packing to move at the same time. His stock includes lunch boxes, Mickey Mouse record player, 1950's furniture, and several hundred records. It will all have to go somewhere by the end of the month.

"It's good news, bad news. We found a great location to move into downtown. That's the good news," DeAnda says. "The bad news is it won't be ready until September. So I'm going cyber. My store is online, so I'm going to move all the fixtures in the storage and all the merchandise into my home."

DeAnda says not having a brick and mortar store will likely cost him about 25 percent of his monthly income.Two other businesses on the east side of the mall are also moving... to the west side. Drywall has already gone up in the new Sacramento Kings store. The Kings owners are also the developers for the area.The other is Getta Clue a skateboard and clothing store.

Getta Clue co-owner Scott Gilbert says in the short term, he doesn't expect much effect on his business."State workers, office workers: that's built-in business that won't change even when the mall is under construction," Gilbert says. "So we don't anticipate a huge decrease in traffic. With curiosity and all the press that this project is receiving, it might actually increase our business." 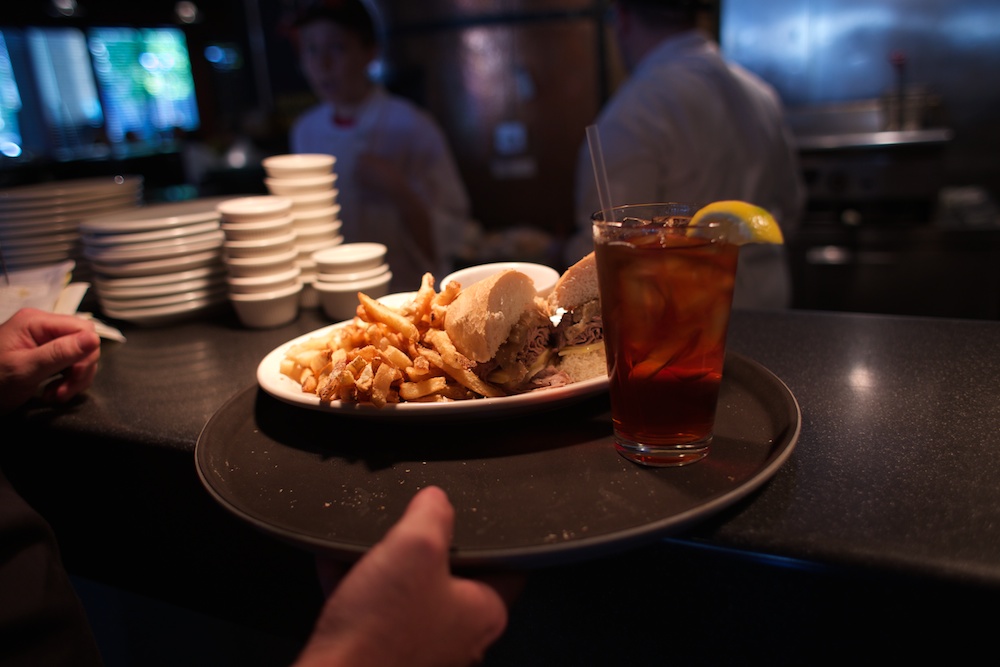 The River City Brewing Company has been in business for 20 years. As chefs prepare the days meals, co-owner Beth Ayres-Biro prepares for life after most of the mall closes. She says the short-term forecast is good.

"We think it's gonna actually get better with construction workers. As long as they have access to this side, they're definitely going to need a place to go eat lunch and have beers after work. So, we're pretty excited about that."

Ayres-Biro says she is optimistic for the long term, too. Optimistic, but uncertain. No one from the Kings, JMA Ventures which is managing the mall, or the City of Sacramento have told her what will happen when her lease is up.

"We actually tried to move about five years ago and the City asked us not to stay here and stick it out," Ayres-Biro says. "So, we're hoping that they remember that they asked us to do that."

The leases for Getta Clue, River City Brewing, and Century Theater expire in December. What happens after that is unclear. 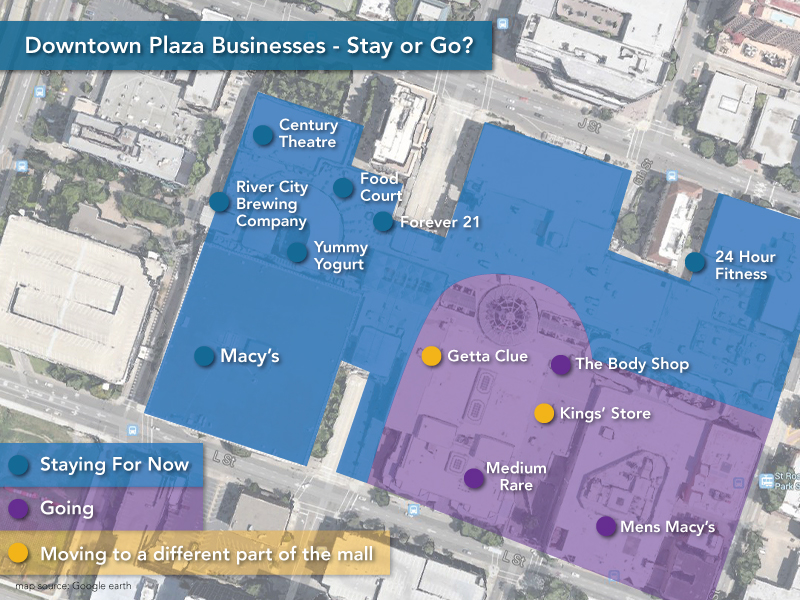 Kunal Merchant with the Sacramento Kings says the developers working with the team have been focused only on the site of the new arena.

"You'll see coming in the coming weeks and months, more analysis, more conversations to make sure we continue to prepare that site for success. In terms of timeline, probably later this year, maybe early next year, we'll have a lot more visibility into what the future of that mall looks like. But, we want to hear from the tenants, we wanna hear from the city, we want to hear from the community before we make any sort of final decisions on what's going on over there."

The next significant date for the arena project is May 13th. The Sacramento City Council will vote on the project after the environmental impact report is presented.

The Kings plan to begin preparing for demolition of the east side of the mall in mid-May with demolition in June and July. Construction of a new arena is tentatively set to begin in September or October. 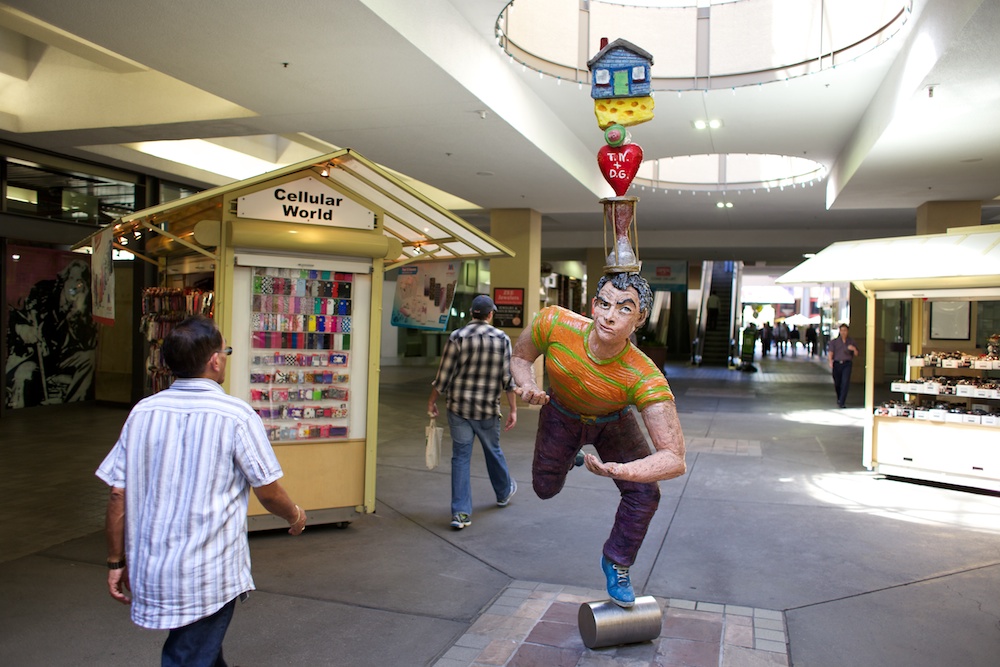 Vendors who sell their products out of mall carts are also unclear as to what their future holds.  Some are going out of business. Others say they will move to the west side of the mall. Andrew Nixon / Capital Public Radio