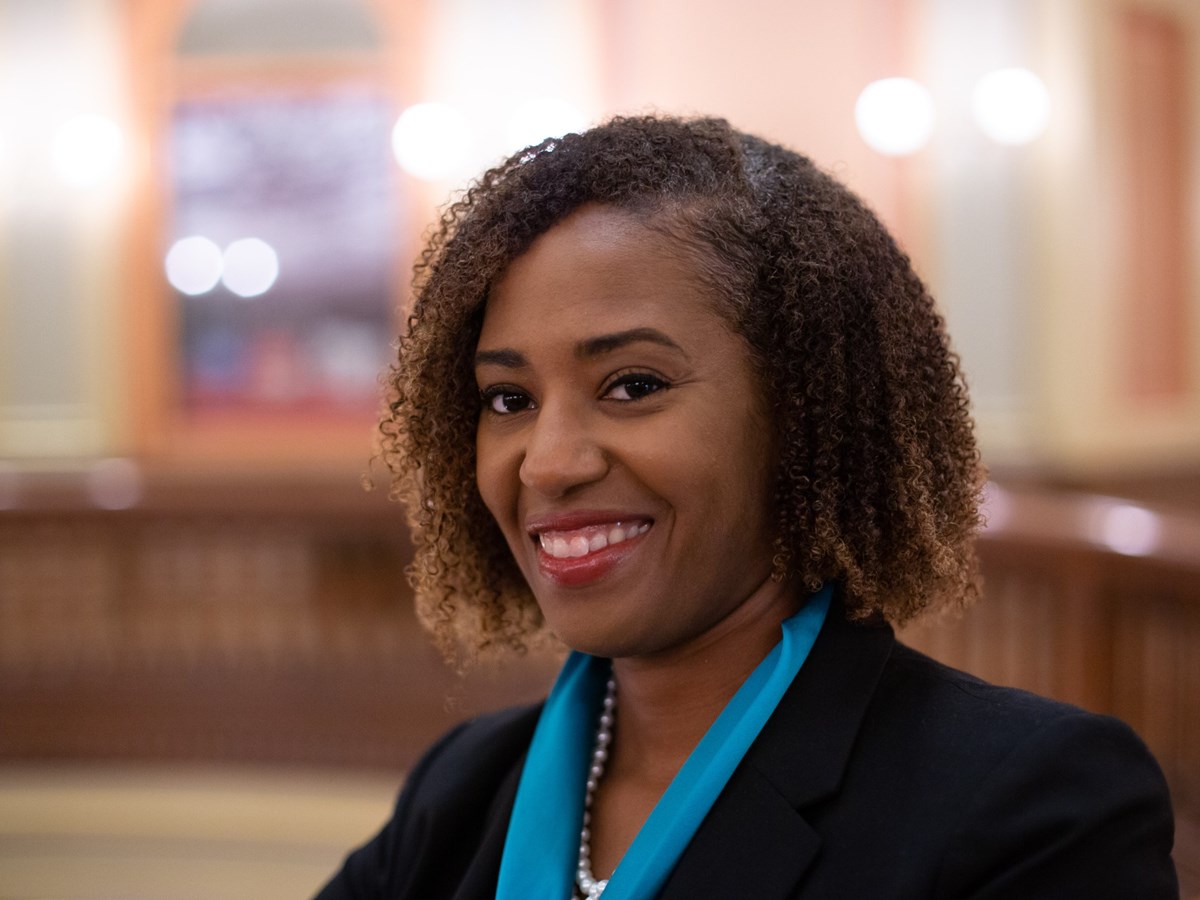 Alana Mathews Arcurio is an attorney working on climate change policy for the State of California. After a traumatic experience at Ball State University during her college prep at just 16 years old, Mathews Arcurio went on to join the Sacramento County District Attorney’s Office before serving in state government.

The campus is beautiful. Lots of greenery. So I decided one day I'd go for a walk. And it was very quiet. I could hear a diesel engine and it sounded like a truck. So I turned and looked over my shoulder and there was a truck full of white guys yelling at me and I'm trying to process what they are yelling. As they get closer, they're saying, ‘N**ger, bitch, go back to Africa.’ And I'm trying to process that because I'm like, ‘OK, this is 1990. Did they just call me the N word?’ They're cursing at me, and they stopped the truck. And this is just processing like, ‘OK, is there going to be like harm to me?’

It was just all these thoughts going through my mind. As soon as the first door opened and the first guy got out, I just took off running. It was a scary moment, but it was a very transformative moment, too.

There were seven African-American girls in the first accepted class. We were the inaugural class for this college prep school and almost all of us had that experience. But we all internalized it because the adults we turned to put the onus on us and we never shared it among each other. And because of some other incidents that occurred recently we started communicating and realized for the first time that this was not an isolated experience. We all had people yelling those sorts of things, hatred out to us.

On how her experience shaped her future

What had happened just reminded me of all these programs I watched during Black History Month. You see the civil rights struggle and you see that hate and it just seems so distant, so foreign and like that was another time, another place. That day brought it to the forefront. I couldn’t have hate define my life.

One of the reasons I turned down Stanford to go to Spelman College, the first African-American, a historically black college and university for women, was to really nurture that part of my identity and that sense of community and responsibility to stand even stronger in those sorts of spaces.

On how it shaped her leadership and career

I started out as a deputy district attorney and then I had an appointment at the California Energy Commission. Now I'm with the legislature, Chief Consultant of the Joint Legislative Committee on Climate Change. I think the common thread between my careers is I’ve always had difficult decisions to make. They are not always popular decisions or the most supported: it’s the road less traveled. Sometimes you take a principled stand, and there’s no glory in that. That moment affected me in that I am uncompromising on pursuing what I think is right.