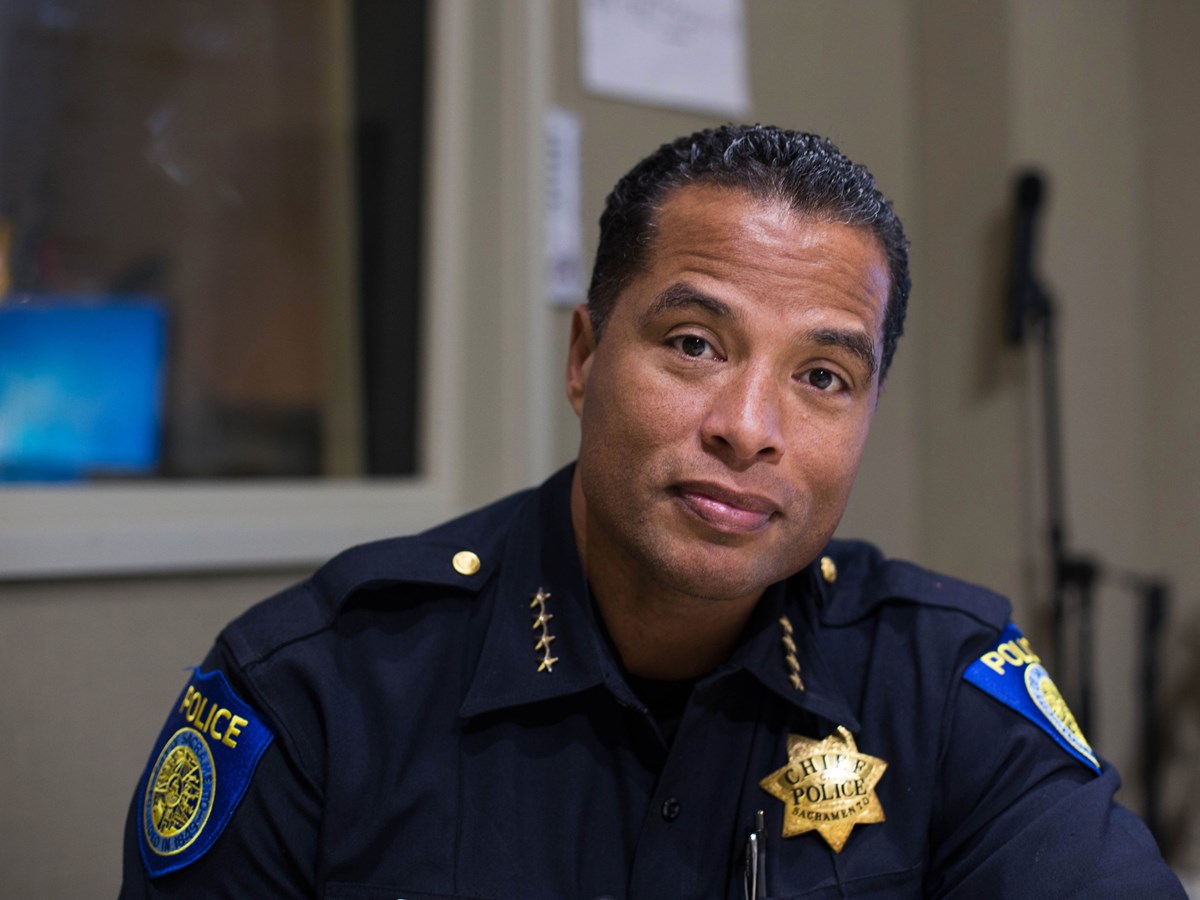 Sacramento Police Chief Daniel Hahn was raised by his adoptive mother in  the city’s Oak Park neighborhood. He credits his mother for raising him to be a part of the community and understand the value of tough love, even  through hardship, like witnessing a murder outside his house as a young boy and having his brother murdered on his beat when he was a police officer.

What are some of the things that you have experienced in your life that have put you in the shoes of the people that you serve and protect?

Well I've never said that I am completely in anybody's shoes. But I do think a lot of what I experienced growing up influences the way I think and the way I do things everyday. I grew up in Oak Park in a somewhat tumultuous time. You know, the crack cocaine and the drug epidemic at that time in the late 80s is when I was living there.

The initial gangs in Sacramento started in Oak Park when I was roughly in junior high. I have several friends that got involved in the gangs that were really close friends growing up. [I] witnessed a homicide in front of our house. One Sunday my younger brother was murdered in downtown Sacramento. I was arrested when I was 16 in Oak Park for assault on an officer.

But all that to say, I had a blast growing up. It was fun in my neighborhood. We played football in the middle of the street, we went to the park and played basketball everyday. Pretty much terrorized our neighborhood like any good young kid should do.

So much of police work seems to be about going into an unknown situation and disrupting a mindset in some ways. What leadership lessons can [can you share about] walking into the unknown?

Well I don't think things like compassion and understanding come naturally. You're not born with compassion towards a community that you're not familiar with. You’ve got to work at that. You have to be purposeful about that. And the reason I have compassion for the things I have is because my mom was purposeful in ensuring that I had those understandings.

And then you take on top of that a profession of police work that has a tremendous amount of power. In my opinion the most powerful profession or job in our entire country is a police officer because you can take somebody's freedom away and you technically legally don't even have to be right to be able to do that. That's a lot of power. I mean I don't know anything in our country that we should do or should value more than freedom. And we’re the people that can take that away. So you mix those two together we have to be very purposeful on how do we expand everybody's understanding, experiences. And so you know it'd be great if you grew up with those experiences. But I also don't think we should blame people for their lack of experiences or their experiences that they grew up [with].

So I don't blame officers for that because that would be like, “Oh shame on you for growing up in an affluent neighborhood” because you are born to whoever you're born to. But I do blame us as an organization and as a society and as a community for not seeing that that could potentially be a problem. So we are very intentional now of how do we get our officers into those communities before they ever put on the uniform.