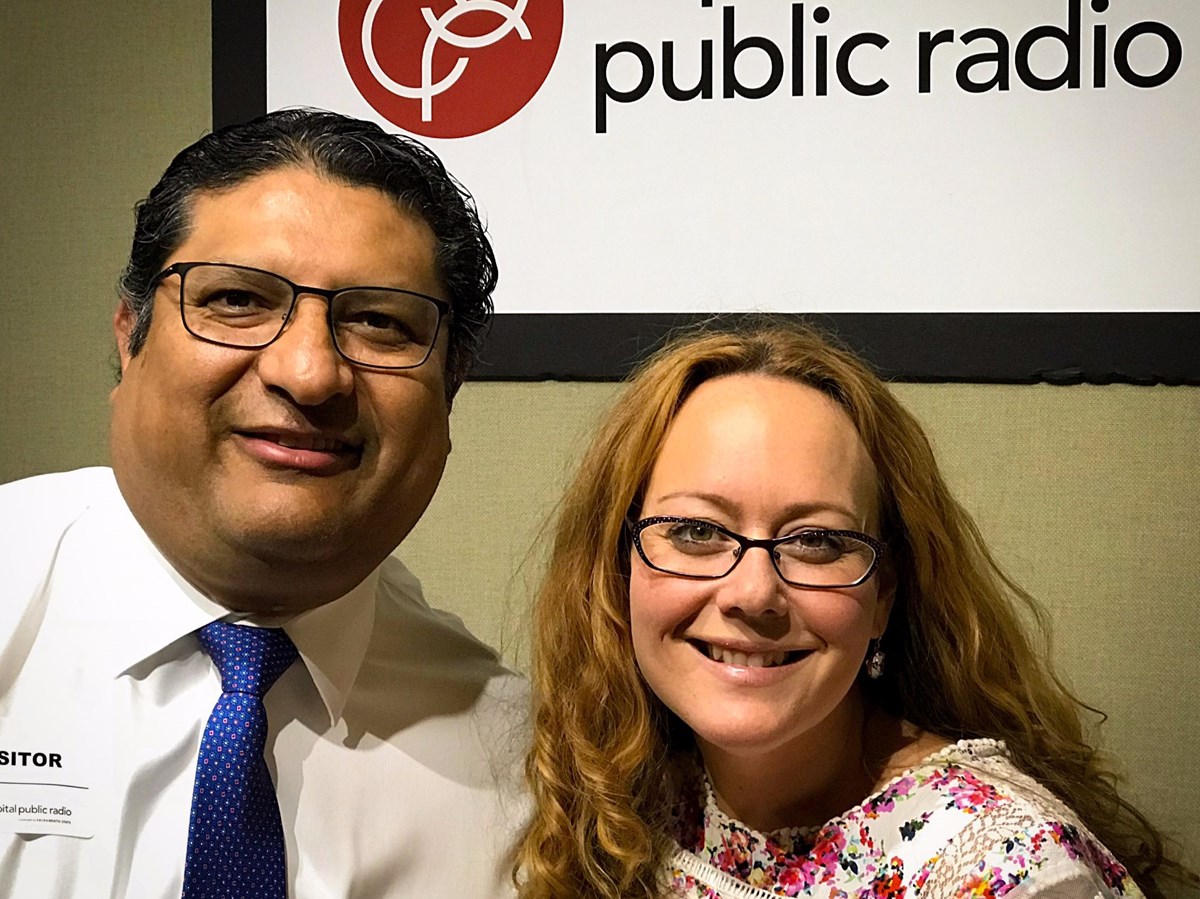 As a young immigrant from Mexico, Marco Rodriguez faced many challenges in America. Discrimination, the language gap, and a horrific car accident are just some of the obstacles. Ultimately, with his determination and a positive attitude, he found himself serving on President George W. Bush’s National Council on Disability. And he currently serves as chairman of the board for the Mexican Cultural Center of California.

How did you come to the United States?

Being a farmworker kid, there was an opportunity to go to Texas to study a little bit over there. When I was 19, I did what I had to do in Texas. My parents had family friends in a small community here called Woodland, CA and this gentleman happened to be a labor contractor. So, I got here with a one way ticket from Texas. My ideal job was to help Mr. Castanon for the two months of the summer to grow tomatoes on the farm. I was going to do whatever I needed. The first day I was there, he let me ride around in the truck with him. And in the evening, he said, ‘Marco, I’m not going to give you a job.’ And I said, ‘why won’t you hire me?’ And he told me, ‘because I want you to get into education, you need to find something else.’ I was very fortunate because that same week I found a job at a gas station and this individual gave me great opportunity to work there. That same week on the weekend I had met with a counselor at Sacramento State.

You served under President Bush. Can you tell me more about that appointment?

Being chairman of the board, I got to go to Washington D.C. A very good friend of mine, Grace Chambers, happened to know someone who had worked for the Bush administration. She said, ‘Marco would you like to meet the president?’ And I said, ‘yeah.’ So, we were in the office, there are 60 people in a meeting, the meeting ends with the president. My good friend Grace says, ‘come with me Marco.’ So we go, and she introduces me to the president. He says, ‘let me have a business card.’ And about three months later I got a call from the white house.

Twenty-two years ago, I would drive to Mexico. It takes three days to get to my parents driving each way. On the way back after we spent two to three weeks over there. I’m with my wife and my son, he is one year and three months at the time. we went to spend Christmas over there and we had to cross back through the state of Chihuahua. My wife was driving early in the morning and she hit black ice. This was 22 years ago so the focus of wearing your seatbelt was not as heavy as it is now. So I was unfortunately sleeping in the back seat when she hit black ice and the car took a tumble.

I’m very fortunate because our son flew out of the back window, the car was crushed, I smelled gasoline, and when I woke up I immediately [felt that] I couldn’t walk. Finally we hear a child cry. He was in a bunch of tumbleweeds and fencing. He was not hurt, he just had a few bruises. So I saw it as a blessing. I’m a very lucky guy.