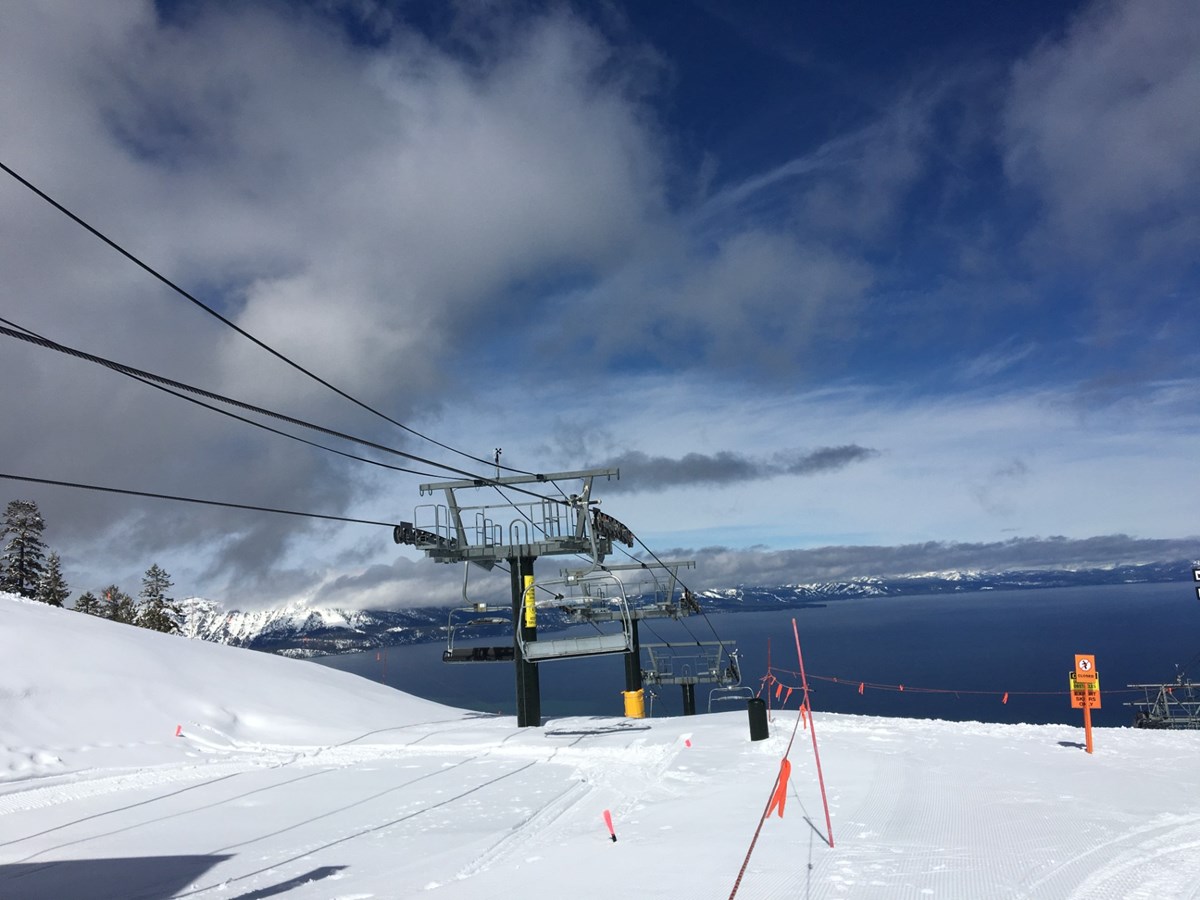 Skiiers and snowboarders at Heavenly Mountain Resort in South Lake Tahoe get a view of the lake as they head down the mountain.

The iconic image of Lake Tahoe is of a clear, blue lake surrounded by stunning snow-capped mountains. But that picturesque sight could look very different by the end of the century due to climate change.

Those snowy mountains we’re used to seeing could lose their white tips. And this would mean a major transformation for life in Tahoe and beyond.

It may seem obvious, but for water to fall from the sky as snow, it needs to freeze first. This means that as temperatures warm, more rain will fall than snow in Tahoe, according to a draft climate vulnerability assessment of the Lake Tahoe Basin.

In the past few years, Tahoe has normally received between 40 and 50 percent of its precipitation as snow, according to Tahoe researcher Geoff Schladow. But by the end of the century, it’s possible that number could be cut in half, according to the projections put forth in the vulnerability assessment.

The assessment laid out two scenarios — a less severe where carbon emissions stabilize and a more severe where emissions rise — of what climate consequences Tahoe could see in the next century. Under the less severe, the fraction of water falling as snow would drop to anywhere between 36 and 42 percent, according to data from Schladow and Robert Coats at the Tahoe Environmental Research Center. Under the more severe, it could drop as low as around 19 percent.

Those numbers are for the entire Tahoe Basin, where elevations can top 10,000 feet in some parts, according to Schladow. The percent of precipitation falling as snow at lake level, about 6,200 feet, could be even lower by the end of the century.

This would be a big hit for the region, as snow is a key part of Tahoe’s ecology, economy and recreational value. It’s also an important water resource for the areas surrounding the Sierra Nevada, and the loss of snow could have major consequences for the region.

While the same level of precipitation will fall in Tahoe, not all precipitation is created equal. A move to a rainier ecosystem will affect everything in the region, according to Hatchett.

“Changes in the amount of snow falling really change everything about a mountain environment, from the ecology and the biology of the landscape to the hydrological processes,” Hatchett said.

That will mean less snow for skiers and snowboarders in Tahoe, and also a major water storage issue for the entire region.

One of the groups who will be most hit by this change will be people who rely on Tahoe snow for their livelihoods.

For Olympic skier Maddie Bowman, a gold medalist in women’s halfpipe skiing, this means spending her training season “chasing the snow,” as she calls it. 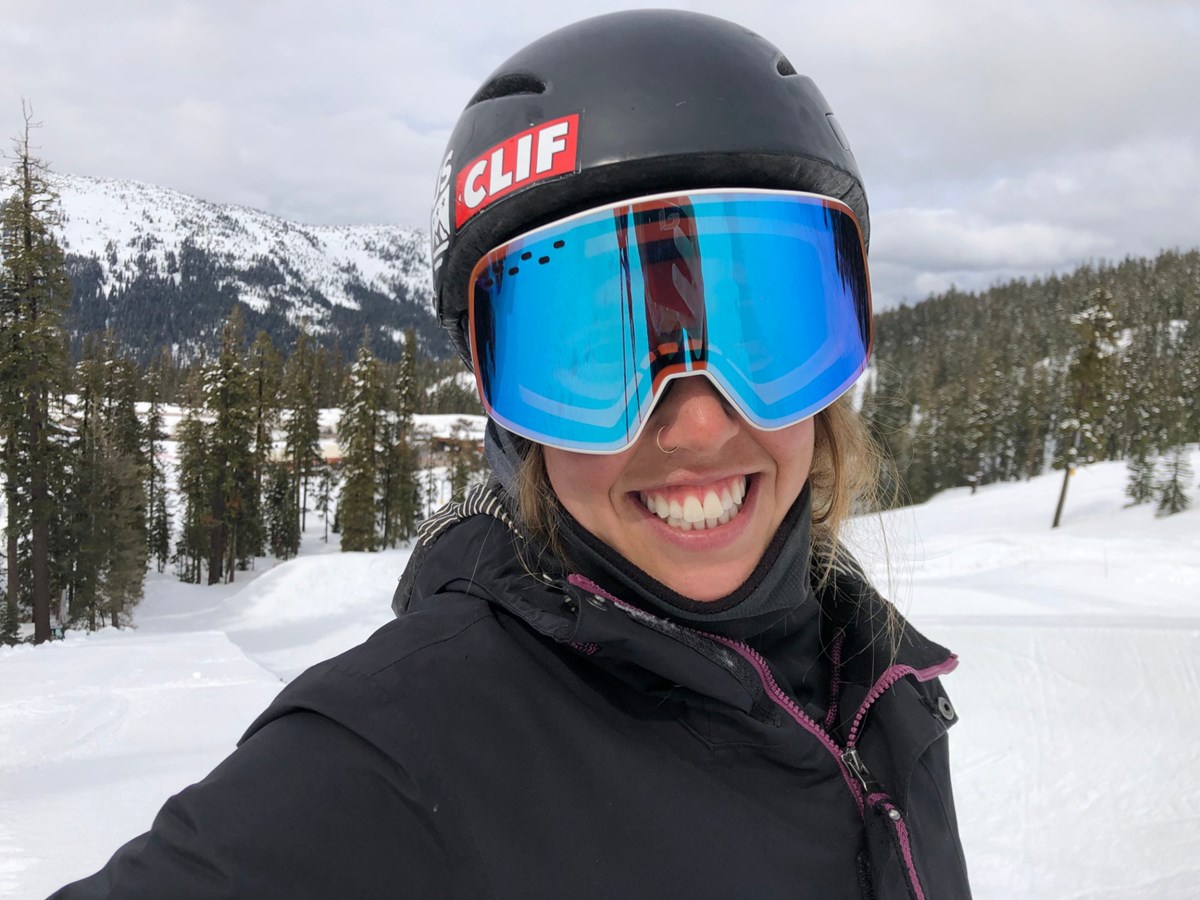 She said it's a problem for many professional skiers, as some have to travel to find good enough snow to ski. It can also mean a loss of the opportunity to ski at all.

“If they don’t have good snow, their events get cancelled, so their source of income is gone,” Bowman said.

Bowman has also had to spend less time in the place she loves because of the changes taking place in Tahoe. It's harder for her to stay in her hometown and get in the training she needs to succeed in her career because of the dwindling snow.

“I can’t train in Tahoe,” she said. “There’s no half pipes here anymore. There used to be half pipes all around the lake.”

Skiers aren't the only ones who will feel the impact — the whole region surrounding Tahoe would feel the consequences of this change. That's because the move from snow to rain in a mountain area like this would create a major water storage issue.

More than 400,000 downstream residents in Reno and surrounding parts of Nevada rely heavily on Tahoe’s winter snowpack and the lake for their water, according to the draft vulnerability assessment. The snowpack provides a convenient (and free) water storage system for the area. As it falls, it accumulates and melts throughout the spring to provide a timed release of fresh water.

Storing rainwater isn’t quite so easy. Harnessing the precipitation researchers expect to fall as rain instead of snow will mean reimagining how we store water. And rethinking this system is going to be expensive, according to Schladow.

“The snowpack is an environmental service that's provided now, at no cost to taxpayers,” Schladow said. “Once that disappears and the water runs down in a much shorter period of time, then we're going to have to pay money one way or another to get the same amount of water for our uses.”

This problem isn’t unique to Tahoe either. There will be less snow and more rain throughout the Sierra Nevada. It could leave a good part of the region trying to figure out how to store water to use throughout the year. 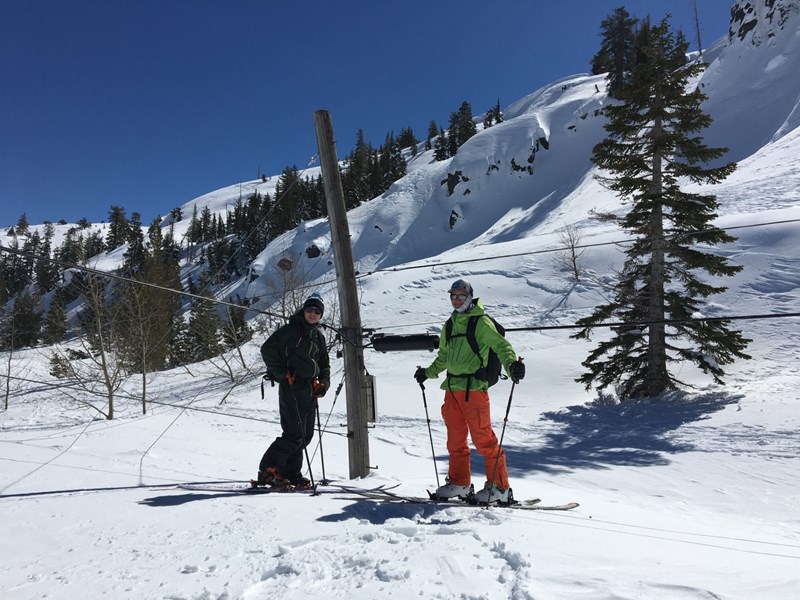 This extra rainwater and early snowmelt also pose a challenge for officials trying to plan for floods.

“Now what they used to be considering a resource is now having to be managed as a hazard to prevent flooding,” Hatchett said.

Officials have to try to keep reservoirs at just the right level to mitigate this risk, Hatchett said. They have to make sure that if a big rainstorm hits or a big snowmelt event happens, reservoirs don't fill up too fast and cause floods. This, in addition to the water storage issues, could mean a headache for taxpayers and officials.

This is a problem that’s expected to get worse due to something known as the snow albedo feedback, according to Hatchett. Because snow and ice are reflective, they actually help keep the climate cool by bouncing some of the sun’s energy back into space.

It’s a vicious climate cycle, and Schladow and Hatchett said it’s hard to know exactly how fast this downward spiral will happen.

But one thing is for sure: Tahoe’s snow environment is changing. Tahoe may still see extreme snow storms like those in February 2019, but the snowpack is still decreasing.

The lake will adapt, according to Schladow, but it’s going to mean a different life for people and creatures in Tahoe. And it’s only just begun. 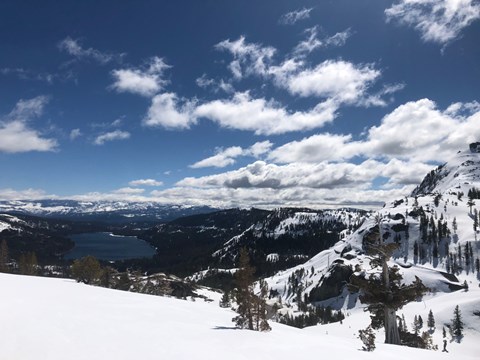 Tahoe’s identity as a winter wonderland is in jeopardy. The climate is warming, and the region’s snowpack is retreating up the mountains. Extreme fluctuations in snow not only have huge ramifications for Tahoe, but also communities across the globe.