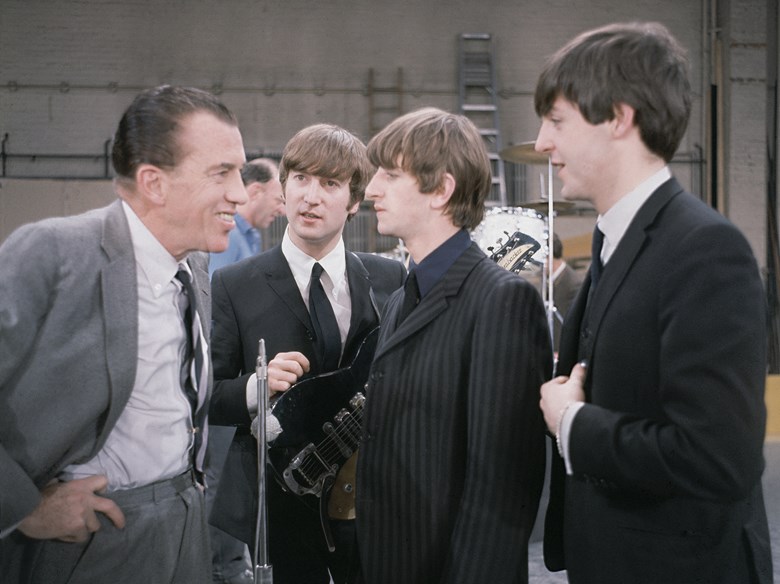 The Beatles chatting with Ed Sullivan.

Fifty years is a long time for any cultural milestone to remain in the public’s consciousness. The Beatles had been a successful band for years having recorded two albums, several singles, and even performed for the Queen of England. It wasn’t until Ed Sullivan brought them onstage for his Sunday night variety show that America, in one enormous hug, made the Beatles a part of their lives for 50 years.

The tribute show on CBS might, indeed, fade from memory quickly but, what endures is the recorded music created in the brief six years the band was an internationally famous concern. On the anniversary of their taking of America, we have been presented with a wealth of that music: Some familiar recordings nicely repackaged, some hidden to all but bootleg fans until now, and some that might have been lost forever if not for an ambitious bit of archeology.

Capitol Records put together The American Albums, a box set that recreates the American sequence of LPs and artwork on CD for the first time… sort of. The Beatles’ British LPs typically contained 14 songs and usually none of the hit singles. However, American buyers were used to 12 songs and expected the hits to be included. So, up through Revolver, the track listing was close but slightly different on similar albums (think With the Beatles (U.K.) vs. Meet the Beatles (U.S.). The leftover tracks and singles were used to make albums unique to the U.S. market: Yesterday and Today, Something New, etc. While A Hard Days Night and Help! were all Beatles songs in the UK,  Americans got a handful of Beatles and a lot of George Martin soundtrack music from the films. In previous CD releases, only the UK configurations were used (plus Magical Mystery Tour, but that’s another story.) The remastered 2009 box sets of stereo and mono albums had the British running order and artwork. 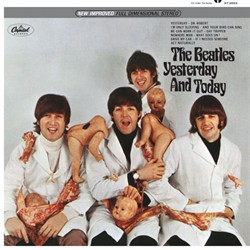 It’s a beautiful set. The packaging is first class all the way. It’s fun to see mini versions of “The Butcher Cover” artwork that eventually gave way to the “Trunk Cover” on Yesterday and Today. The Beatles Second Album and Beatles VI are represented for the first time ever and Hey Jude (originally titled The Beatles Again) is rightfully included, as it was intended to clean up some odd 45 A and B sides that hadn’t been on any LPs and was only issued in the States.

If you are looking (or listening) for the exact sonic elements that you heard in the ‘60s on your original vinyl, you won’t find that here. You DO get what EMI portrays as the best sounding versions of the songs in the U.S. running order and, for all but purists, that’s what make this set a fantastic listen.

The purists have to hang on to the two box sets that came out ten years ago that were direct reissues of the American master tapes. In some cases, those versions were sonically “enhanced” with reverb and other processing to get what Capitol thought was a more “American sound.”

Varying manipulation to create mono or stereo albums was also done and is included on those older box sets. If you want to see exactly what versions of songs went into this new collection one fan has his estimations. Keep in mind that the same takes are used, it’s just that US engineers messed with the master tapes sent over from Parlophone. The Beatles Bootleg Recordings, 1963 is a trove of 59 tracks for $40 over a iTunes. 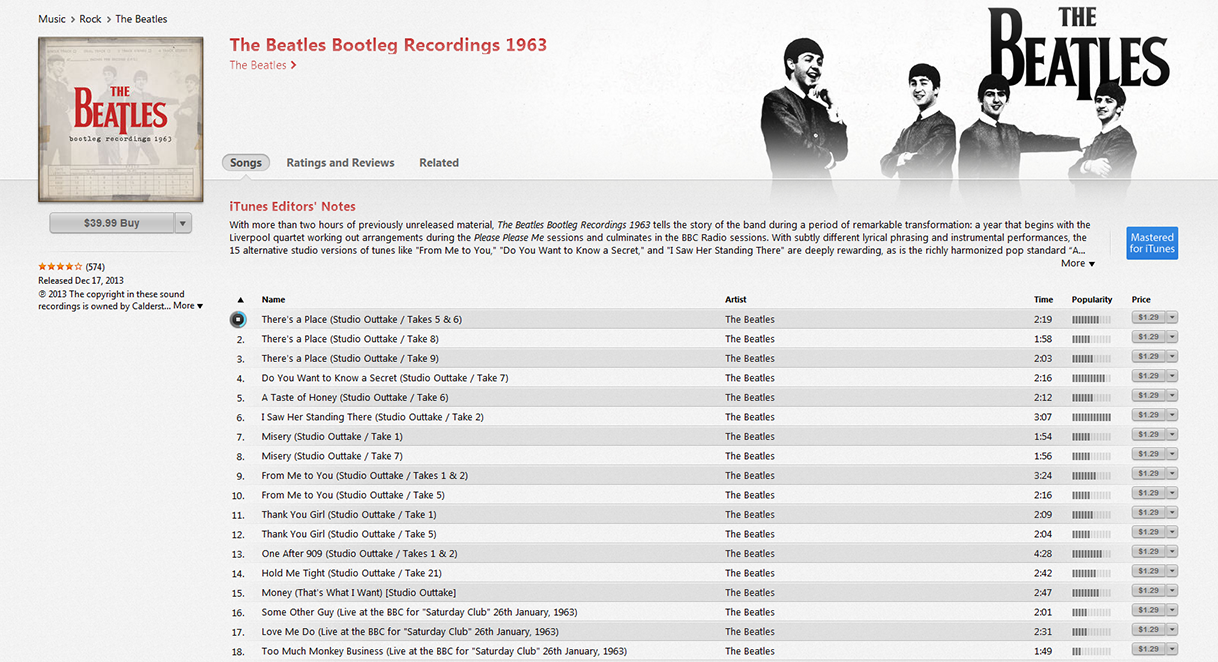 You get 15 outtakes from the first two major recording sessions, demos, and lots of BBC versions NOT included on the other “Live at the BBC” albums. Here’s hoping copyright laws force this to happen every year until 2020, because the outtakes start getting really interesting by about the time of Rubber Soul.

Live At The BBC 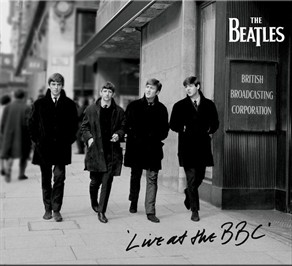 Twenty years ago The Beatles Live at the BBC was released turning a lot of fans onto the amazing output broadcast on British radio from March 7, 1962 through May 20, 1965. On several BBC radio shows (including their own “Pop Go The Beatles”) 275 performances covered their hits plus dozens of titles unavailable on the studio albums. This initial 2-CD set let the rest of the world hear what British listeners heard: Spirited live versions of Beatles originals, obscure cover tunes from their days in sweaty clubs, and between-song patter that illustrated their camaraderie and humor. BBC had not saved many of the numerous taped performances, making this a lucky find for fans. Sources included radio transcription LPs that had been sent overseas, personal collections from BBC hosts and shows taped off the air by listeners.

Now, after scouring even more vaults, nooks and crannies, comes Live at the BBC Vol. 2. You hear the Beatles more like the kids at the Cavern Club heard them. For the most part, these Chuck Berry, Little Richard, and Beatles songs were taped in a single take with no overdubs. As with the first volume, there are plenty of titles never committed to previous albums(“Lend Me Your Comb” anyone?). Though the quality varies, (HOW?) these albums make for enjoyable listening. Too bad the group was not performing on the BBC beyond the Beatles For Sale era. As a bonus, the first volume has been remastered and the sonic quality has improved.

So, with reissues, first-time-ever repackaging, vault raids and outtakes, all in all it’s a pretty good season for fans. Fifty years ago, even the Beatles themselves were speculating about the eminent demise of Rock and Roll. “The Devil’s Music” is still here and these collections exhibit the solid base on which it was built.