Eleven thousand people will be running through the Sacramento area on Sunday in the 35th California International Marathon. For Jennifer Canvasser of Davis, this race has a special purpose.

She has a handful of marathons under her belt, but she hasn’t run one since her 11-month-old son died.

“It’s been almost five years since I lost Micah, so just that alone would make it an emotional experience,” Canvasser said.

She’s running to raise awareness of the condition Micah suffered from, known as necrotizing enterocolitis, an intestinal disease that affects mostly very small premature babies. It impacts up to 5 percent of babies in neonatal intensive care units, according to Stanford Children's Hospital. 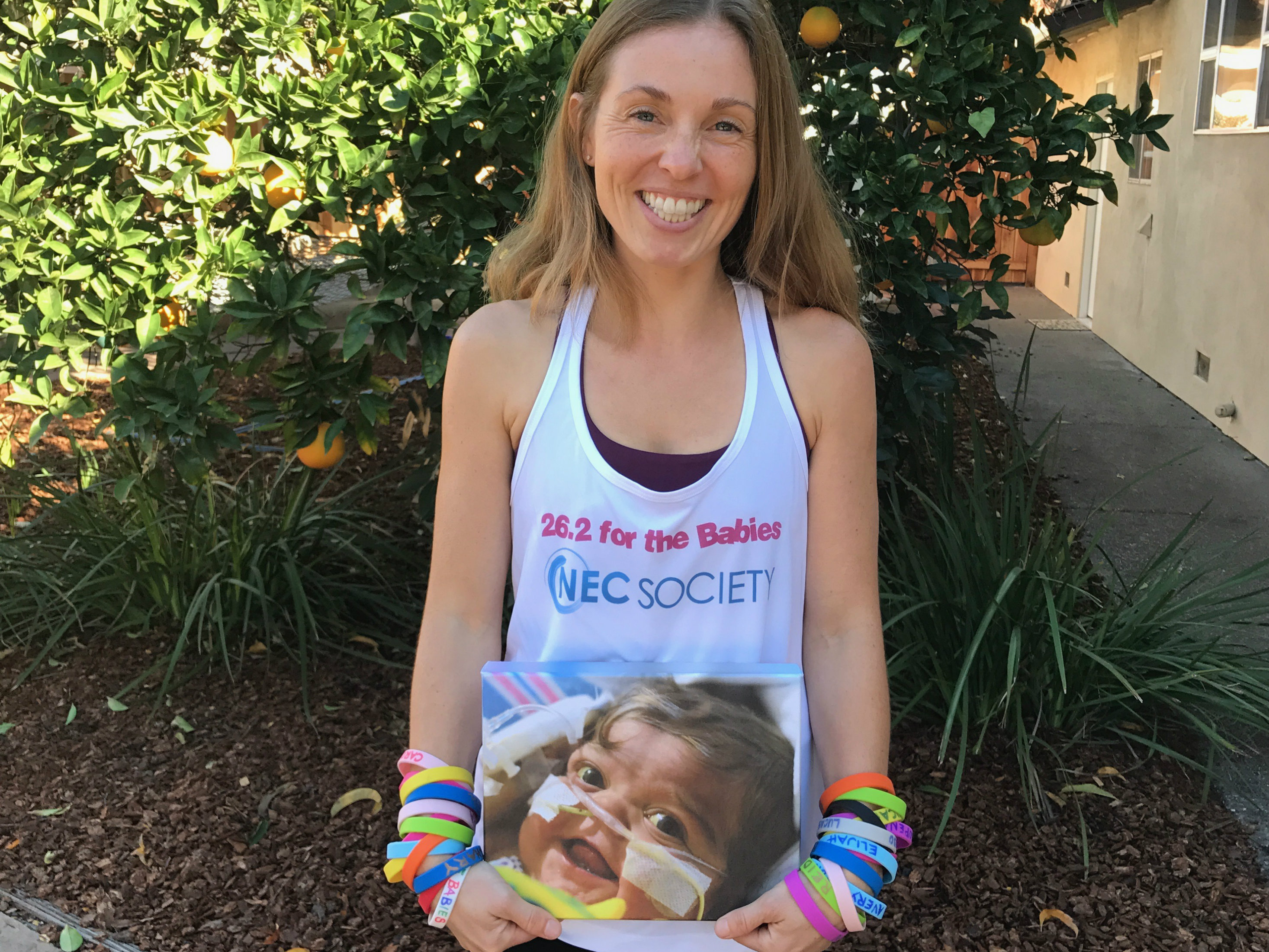 Jennifer Canvasser has run marathons in San Diego, Orange County, San Francisco and Boston. She's hoping her time in the CIM will qualify her to do the Boston Marathon again. She said she needs to finish the CIM in under 3 hours and 40 minutes. (Sally Schilling/Capital Public Radio)

They were in the hospital for about three months. She felt overwhelmed and guilty.

“I knew logically that is wasn’t my fault, but you can’t help but feel somewhat responsible for putting your child in that situation,” she said.

Canvasser said parents of preemies can find it hard to connect with their very tiny babies.

“You can’t just pick up and hold them,” she said. Her babies had all kinds of tubes and wires hooked to them. If she and her husband wanted to hold them, it was “an event” that required multiple nurses assisting them.

But infants recognize their parents’ voices, she said. So she and her husband would read to them. “It was really powerful for us.”

She never wanted to leave their side in the hospital, but while they were sleeping, she would go out for short runs, even just for 15 minutes.

“That was a way for me to kind of gain a sense of peace and just clarity of what was happening," she said. "And think about how to put one step in front of the other and keep going.”

At three months, Micah weighed five pounds and was doing well. But then he got necrotized enterocolitis.

“We thought he was coming home and in a matter of hours he became critically ill,“ she said.

When Micah died in 2012, Canvasser couldn’t find an organization dedicated to the disease, so she created one to educate families with preemies and support research. The exact cause of the disease is still a mystery, but they know that human breast milk can be really helpful for fragile preemies, she said.

“These infants will be doing well and they’ll be stable and then suddenly they’re not," she said. "It’s very devastating for everyone involved.”

Canvasser and her family now donate new children's books in Micah's honor to the UC Davis Children’s Hospital for parents to read to their babies.

Each mile of her run is dedicated to a different child from around the country and the world who has been impacted by the disease. She will be wearing bracelets with each of their names 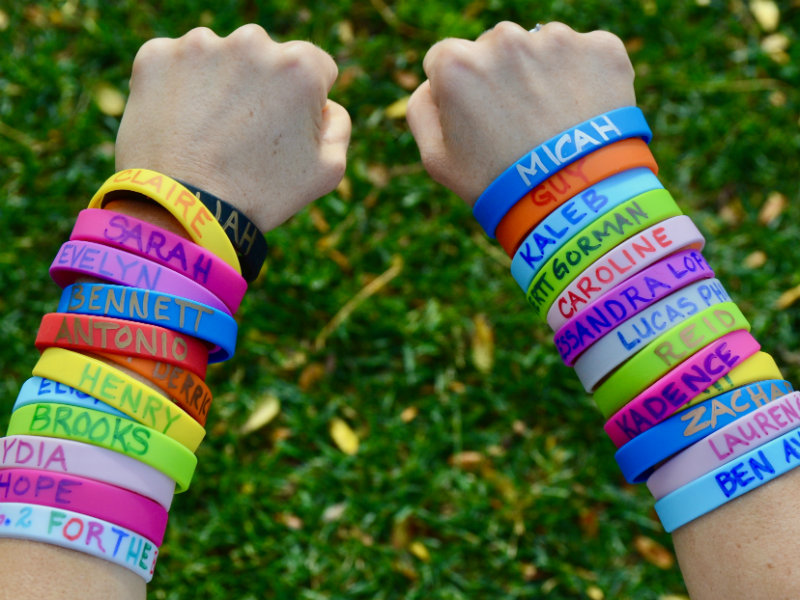 "Knowing that I’m running not only in honor of Micah but also these other babies and families is incredibly inspiring,” Canvasser said.

A great-grandmother of one of the children will be there to cheer her on at the 13th mile, the one dedicated to her great-grandaughter, she said.

The marathon runners will start near the Folsom Dam and make their way through Orangevale, Citrus Heights, Fair Oaks and Carmicahel, ending at the Capitol.

Micah’s twin Zachary, father Noah and baby brother Elijah will be waiting for Canvasser at the finish line.