A vigil for Sacramento Police Officer Tara O'Sullivan will be held at Sacramento State on Sunday at 8 p.m. The event will be at the outdoor Studio Theatre adjacent to the Library Quad.

Sacramento State students and administration are in shock over the shooting death of a Sacramento police officer who came through the school's law enforcement preparatory program.

Tara O’Sullivan, 26, was shot and killed Wednesday night while she was mediating a disturbance between a man and a woman at a North Sacramento home.

Those who knew O'Sullivan say she was a "natural" leader who helped build the Law Enforcement Candidate Scholars (LECS) program. Sac State President Robert Nelsen choked up as he recalled her time at the school during a press conference Thursday.

"I remember going up to her and asking her, 'How are you going to get through that obstacle course?’ Because she was only about this tall. And she knew she could do it,” he said.

The program, the first of its kind, was designed to recruit students into law enforcement and develop their leadership skills. Shelby Moffat, who designed the LECS program, said O’Sullivan was in its first cohort of 40 students in 2016.

“She was one of the first bright lights that was involved in the program because she was a go-getter,” he said. 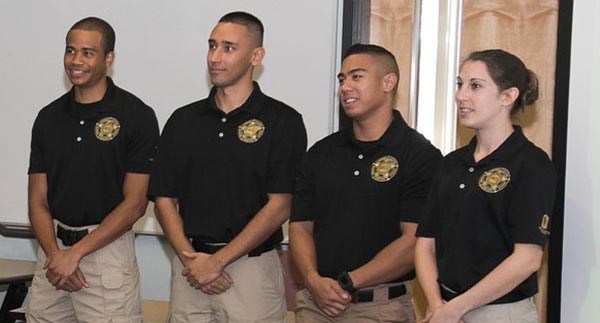 Dr. Melissa Repa, who leads the career center on campus, said she saw how hard O'Sullivan worked to excel. Repa says her young daughters asked why she was so upset.

"The only thing I could think of to explain to them was she was a hero,” she said. “They understand heroes. And that's exactly what she was."

Sacramento Police Sgt. Doug Morse, who oversees the law enforcement program, called the incident horrific, but said there has been an outpouring of support from across the community.

"The emails, the texts, the calls are pouring in,” he said. “We appreciate that and we're thankful."

O'Sullivan was weeks away from completing her training with the Sacramento Police Department and patrolling on her own.

Sacramento State plans to establish a scholarship in her honor, and a chair will be named after her in the school’s new planetarium.